Miriam Edelson
Contributed to The Globe and Mail
Published June 22, 2020 Updated June 22, 2020
Comments
Please log in to listen to this story. Also available in French and Mandarin. Log In Create Free Account

Scarcely weeks before his 14th birthday, my son Jake died. It was not a sudden death, he had a neurological disorder, but I felt bereft just the same. For some time, life was muted – the world lacked colour, and joy was something only for others.

My initial period of mourning was excruciating. But I have found ways to keep my son alive in my heart and community 15 years later.

Jake had soulful blue eyes that erupted into smiles at the flicker of light in his face. He was unable to sit, stand or speak and received nourishment through a feeding tube to bypass his raspy breathing. And yet, with a voice that sounded like the cooing of a pigeon, he communicated his pleasure and discomfort.

The dog (or werewolf?) that helped me heal from my daughter’s death

In mothering him now, I imagine a bright young man, who might otherwise have pursued a legal career defending immigrants and refugees. Or perhaps he plays violin in the Toronto Symphony Orchestra. Maybe he’s doing no such thing and is smoking dope, sleeping on the couch in the basement. The beauty is that it’s my fantasy, so I can choose.

On his birthday last year, I made a contribution to the Canadian Anti-Hate Network. A human rights lawyer would support its work in documenting hate crimes. I imagine that my son might even work for such an organization and so my donation had particular meaning.

A year or so after Jake died, I contacted the Disability Studies program at Ryerson University to create a scholarship in his name. The department hosts an annual awards presentation for students and donors, and it is wonderful to meet the young people selected for our bursary as a result of their social justice work in the community. I especially enjoy it when my daughter attends the event with me.

On the path that I walk a few times a week, I visit a young maple tree that was planted as a memorial to my son. A couple of good friends, my walking buddies, help me keep watch over it, especially when I am out of town. They check on it, noticing its changes. One autumn, a friend planted tulip and daffodil bulbs that came up the next spring.

There is a plaque in the earth that gives Jake’s full name and dates, and it says, “Free to run, the wind in his hair.” This is what my Indigenous colleague said to me when I told him Jake had died. At the time, he was teaching us about native people’s ways of knowing. His words stayed with me for a long time.

The beauty is that one’s relationship with a child continues, even in his or her absence. Milestones are reached and family functions happen. I miss Jake, but I’ve found ways to remember and honour him that are joyful, not maudlin.

I’ve learned that rather than deny my longing, it is better to show by example that it’s okay to mention his name, to ask questions about him and to visit his tree while in the park. My 10-year-old grandson once asked to come to Jake’s birthday party. There wasn’t one – but it was a nice thought. Not everything is sad.

My daughter grieves, too, and no child should ever feel their dead sibling is more loved. But it’s a relationship that we, as mothers, must navigate carefully. You can share your feelings with a living child – they have also experienced a loss – but there are boundaries to respect, so as not to burden them.

Taking these steps occurred slowly. I didn’t set out to create a grief playbook, but these measures are working in my life. He’s gone but I live on as his mum and I want to incorporate his short life into mine.

For example, during the first years, the anniversary of Jake’s death was a challenge. One of my close friends would meet me for coffee and a long walk on the boardwalk in the eastern beaches of Toronto. We’d spend the afternoon together, honour his memory and talk about writing. This small exchange of friendship was very meaningful.

On the day that my son would have turned 18, I was caught up in the maelstrom of a union convention in a busy, downtown Toronto hotel. My friend insisted that we capture a couple of hours away from the meetings to walk. We spoke about Jake a bit, shared musings about our children, and visited the Textile Museum, a serene spot teeming with textures and history. It was a special moment that she created to honour my loss and our friendship.

I am almost ready to scatter Jake’s ashes on the site of his conception in the North Channel above Manitoulin Island and at a lake in the Gatineau Hills in Quebec, where I spend time.

Creating rituals to honour my child has helped me to heal. Talking to Jake’s tree, cradling his yahrzeit candle tenderly, creating a scholarship in his name are all gestures I’ve made to keep him close.

Sharing feelings of grief, even when it may be uncomfortable, has created and deepened bonds with those around me. People want to help and rituals give meaning to the living. I’m not saying it is without pain, but this grieving path has brought me a richness in relationships that I cherish. And Jake is never far away. 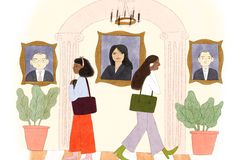 I’m Black and privileged - and feeling guilty. You really don’t need to check up on me
June 10, 2020 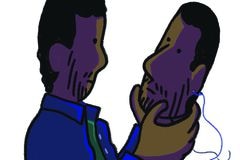 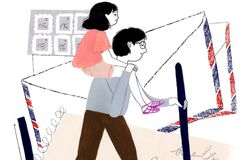