As our four children adjust to new learning routines in school, it’s hard to believe that earlier this year the world was their classroom.

In early January, we pulled our boys – aged 15, 13, 9 and 6 out of school for a budget-conscious trip that started in East Africa and finished in southern New Zealand. The rough idea was to learn about world cultures, geography and history, and my husband and I would help the kids follow their schools' curriculum when we could. Very quickly we found that the big lessons came from practical learning: by talking with locals, by figuring out public transportation and haggling over fruit prices at markets. We learned about the privilege of clean drinking water the hard way, and that toilet paper is used in far fewer countries than you might think.

Africa was our first stop.

In the narrows of Zanzibar’s Stone Town we had to shed our concept of what a grocery store was and relied on the market stalls and closet-sized kiosks. In the evening, the amazing array of prepared food at the night-market food stalls almost made you forget that the fish and meat sat without refrigeration in 35 C heat during the day.

In Tanzania and Kenya, we lived in neighbourhoods that even locals thought were brave choices – and here we learned the value of community. We saw it in the bus driver’s assistant who crossed the street to help a new mom and baby board an already crowded bus. And despite the challenges that faced Kenyans, we saw hope here, too. We visited Living Positive Kenya, a remarkable non-profit run by a woman everyone calls Mum. It trains women who are HIV-positive with marketable skills and educates their children.

In Tanzania, we were in awe seeing the vast lands and the amazing array of animals in their natural environments.

But as friendly and welcoming as most people were, there were instances where the chance for locals to earn foreign money trumped hospitality. The mystique of the Maasai was debunked as we chatted on the beach while they tried to sell us sandals and sunglasses made in China. And in Nairobi, we got stuck with a taxi driver who continued to increase our prenegotiated fare.

From Africa, we flew to United Arab Emirates to meet up with relatives. In Dubai, the greatest riches weren’t found in the ostentatious buildings that housed massive shopping malls with indoor ski hills and aquariums or the towering Burj Khalifa. Away from the pristinely paved city, we found the country’s true beauty in the desert while camping among starry skies and sand dunes.

After 3½ weeks abroad, we flew on to India. The country was a non-stop barrage on all our senses and one of the most challenging legs of our trip. With nearly 1.4-billion people and a massive socioeconomic divide, India is an example of unregulated capitalism. The smells, sounds, filth and poverty contrasts with the luxury cars that pass by on congested streets where traffic rules are non-existent. My husband is of Korean descent and I’m white, and our multicultural family drew varying reactions from locals. Two of our children have blond hair and were treated as celebrities by strangers who asked to take pictures with them while my husband was not so politely brushed aside. I also didn’t like the racist undertones I felt when dealing with merchants, I found their reactions would suddenly change and become almost hostile when they saw my husband.

Through the chaos there were brief magical moments, such as when we watched homemade kites dot the skyline of rooftops at sunset in Jaipur. We also cherished the hospitality of our friend’s parents who offered us a place to stay in Dehradun. Their kindness allowed us to re-evaluate the negatives and see some good in the culture around us.

Our time in Malaysia, Singapore and Thailand was a reprieve from the chaos of India. Hands-on learning went underwater as we scuba dived and snorkelled with some of the most spectacular sea life. At the same time, on the tiny island of Koh Lipe, we noticed a garbage barge moored on the beach that was filled to the brim in just three days. As contributors to that garbage, our responsibility to protect the environment was made abundantly clear.

In Malaysia, we observed a relative harmony between the Malay, Chinese and Indian cultures and religions. Practically, this was reflected in calmer everyday routines, there was less haggling as prices were listed in shops and crossing the street was not as dangerous since traffic laws were obeyed. And strong smells came from durian fruit, not human waste. On the island of Langkawi we were looked after by the kindest of hosts. Rafiq made sure we had groceries, organized day trips and shared stories of his family. The generosity and kindness of Islam is a perspective that is not often highlighted in the Western world and often skewed in the light of extremism.

The seriousness of COVID-19 was evident as early as January, when we were screened for symptoms during a layover at an airport in Rwanda. But we remained one step ahead of the pandemic and it was in Singapore, in February, when we started noticing empty streets and fewer tourists. Here we had our temperatures taken and contact information collected at a church service.

We landed in New Zealand days before its borders closed to foreigners in early March. We picked up our rental camper van as planned, but it became clear this pandemic wasn’t going away any time soon. Apart from the increasing worry that the six of us might get stranded in a 70 square foot camper van, New Zealand was a visual treat. There were breathtaking views around every corner as we drove through the north island and the south island. We noted how Indigenous words were weaved in with English and there was a clear effort to recognize the Maori culture and heritage. But our last three days in New Zealand were spent in a secluded spot off a highway outside of Queenstown as we scrambled to find a way back to Canada.

Once home safely – four flights in a 40-hour journey – we realized that living in small quarters was excellent training for the 14-day quarantine. When we could leave the house, the shortages we saw at the grocery store were better understood by our children as we’d just travelled in areas where meals were sometimes sparse. A full fridge seemed like a luxury when we’d bought eggs and fruit by the piece and, on more than one occasion, got by on shared packets of ramen noodles. We all got sick at some point, too, and two of us carried parasites for months – this reinforced the importance of clean water and universal health care.

While my family wonders if the opportunity for global learning will become possible again – in the meantime, remembering and sharing our stories will have to fill that role. 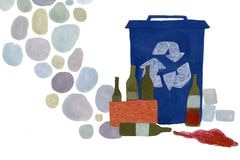 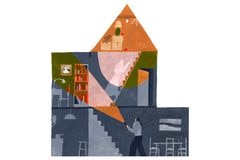 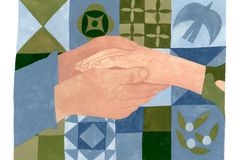