I knew it was time. But that didn’t make it easier.

The man came and we made the final arrangements.

Alone, I grieved. As though a dear relationship had ended or I’d been forced to part with a family heirloom. I was never good at letting go or saying goodbye, and this was no different.

Gone, in a heartbeat, was the twinkly ring that signalled something important to our busy household. Gone was the angelic voice of my eight-year-old daughter, “Please leave your name and phone number. We promise we’ll call you back.”

Gone, forever, was the phone number that was my family’s identity, our DNA, our lifeblood.

Like an umbilical cord, our landline had tethered us to the outside world. It was an old friend. Together, we’d shared secrets, provided encouragement and mended broken hearts. I never imagined this relationship would end.

Growing up in the 1960s, my phone number was a kindergarten prerequisite, such as tying my shoes and not wetting my pants. At the age of 4, I needed to know it by heart. Otherwise, Mom threatened, I’d have to stay home. It was my safety net, until we moved away from the city and I left it behind.

In the 1970s, we lived on a farm and shared the phone line with three neighbours. Our strange number – 488J3 – was ours to answer when the phone, a beige rotary-dial mounted on the wall near our kitchen table, let out three long rings. Conversations were brief, often in code, and eavesdroppers’ breathing gauged the duration.

“GET OFF THE PHONE!” Our neighbour, Ralph, had the shortest fuse with a blast so powerful it destroyed conversations, if not relationships. My parents rationed our phone time to keep peace with the neighbours and harmony in our family of seven.

Back then, phone etiquette mattered. “Hello, this is Karen speaking.” Phone usage was a privilege, with rules. Calls were to the point and so were messages. “It’s long distance!” meant hurry up. “It’s collect!” meant my brother was in trouble. “It’s for you. It’s a boy,” meant all ears on deck.

Our phone was a modern kitchen convenience with a specific role. Our dishwasher washed dishes. Our phone relayed information. We expected nothing more of it. It was simply a messenger. As modern conveniences go, we never had one at our cottage. Instead, we wrote letters.

At university, I lived in a women’s residence where we shared two phone booths for each floor. Each cubicle had a varnished pine bench with an indent worn in the middle. Despite sign-up sheets, there was always a lineup. Every Sunday, I called home and the phone became an apron string that spanned the miles between us.

“Hi Mom, it’s me.” I stared at the scuffed floor-tiles.

“Not much is new.” Slippered feet paced near the door.

“Gotta go!” Taps on the glass would soon become pounding. We all knew the rules of engagement.

My first apartment phone was a rite of passage. In my hand-me-down world, it was the only new thing I owned and its number was a source of pride. I chose the phone’s colour – periwinkle blue – and its cute little “blu-lu-lu-lu-lu” chortle made me smile with delight. I was now an independent, liberated woman!

When I got married in the 1980s and children came along, I traded in my sporty blue model for a conservative beige sedan. “Brrinngg, brrinngg.”

“It’s a boy!” said my husband, having raced home from the hospital, our kitchen phone now glued to his ear. “Yes, they’re both fine,” he repeated, paging through our tattered address book until his voice was hoarse.

By our second child, he delegated some calls to his siblings. By the third, he sent an e-mail. And, by the fourth, he hit “resend.”

By the 1990s, our phone cord’s perfect helix had become a twisted mass of chaos, much like our life. There were appointment calls for the doctor, dentist and haircuts, and calls for after-school activities such as soccer, dance and gymnastics. By now, our phone was our family’s identity.

A ring from our phone signalled the arrival of family news. Some welcome, some not. “Dad just passed away.” “I got the job!” “School’s cancelled today.” “There’s been an accident.”

“I’m getting on the plane now.” I recalled my daughter’s nervous voice. “I’ll phone you when I can. … Love you.” That day, I struggled to place the beige handset back in its cradle.

Years passed and our children grew up. Then, they moved out. And, for a time, our phone fell silent. Little did we know, it was the sort of quiet that envelops a forest just before trouble.

Wrapped in a damp towel, I raced to answer its persistent ring, expecting a familiar voice: my daughter, my sister, my neighbour.

“This is the duct-cleaning service.”

Covered in mud from the garden, I dashed inside to pick up.

“This is an important message about your credit card – your computer virus, a free trip, a survey.”

“We’re on the No Call List,” I cautioned, then threatened to report them, then did. But the calls continued.

Trapped in a prison of frustration caused by scrambled caller IDs, mealtime sales pitches and recorded messages, our phone felt like a ball and chain. I needed a way out.

My fickle cellphone wasn’t like my trusty landline – a dependable, loyal, true friend. Unlike my cell, my landline had never asked for anything, such as power, coverage or upgrades. It didn’t need a warranty, insurance or accessories. Our idyllic relationship was unchanging, undemanding, uncomplicated. Ending it felt wrong, but necessary.

My doctor’s receptionist pulled up my profile and read off the numbers of my old friend. “Is that you?”

“Everything else the same?” she asks.

“Yes.” But, inside, everything is different.

I recite my cell’s foreign digits and despite having come here for more than two decades, I feel like I’m starting over, and I’m now someone I don’t quite recognize.

I break the news and confide that I saved a copy of her voice message.

She bounces from one thought to the next in a rush of information.

Seconds later, the picture appears. And then another, this one with hearts and “Luv you!” scrawled across it.

I take a deep breath and smile, a smile full of possibilities. 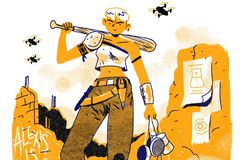 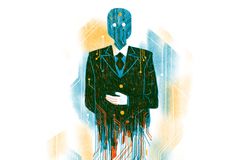