I grew up in a small company-owned mining town in Northern Ontario that was as bleak as its reputation. I know, because I have seen photographs of Copper Cliff and the surrounding area of Sudbury in the 1970s and I think, yeah, that’s what it looked like, but that’s not how I remember it.

In aerial photographs, it is striking how much Inco’s massive smelter operation is entwined with the town. My grandmother would tell the story of arriving by rail as a child in the early 1900s. The open roasting bed in the centre of town produced sulphur fumes so thick and acrid she could barely see, let alone breathe. My great-grandparents settled in Copper Cliff in 1901; my siblings live there to this day. Family members on both sides have worked for Inco, now Vale, in an unbroken chain for some 115 years. My parent’s home, now occupied by my sister’s family, faces the park that was once the roasting bed.

I lacked the bird’s eye view as a child. What I remember are those smooth black rocks, devoid of soil and darkened by soot, as thermal masses holding the heat from the sun. We laid on them and soaked up their warmth, scratched our names on their surface and traced the deep v-shaped grooves left by retreating glaciers with our fingers.

There were slag piles, not green fields, at the end of the street where my grandparents lived. Slag and waste would spill from open pots moving on rails from one part of the plant to another. As kids, we would poke through the piles and sometimes find pieces of core samples – they looked like stone batons. In my hand, they felt heavy, smooth and cool. Each one unique, they bore the mottled, streaked or banded signs of the rocks and minerals they held like a secret within.

My grandparents’ house was near one of the mine shafts and when we slept over, we thought we could hear the tap, tap, tapping of miners below and voices drifting up through the earth. Most school days, when we ate lunch with grandma, the blare of a loud horn would announce that blasting was imminent and we would race to steady the glass figurines on grandma’s knick-knack shelves. I felt like the Banks family in Mary Poppins rushing to their posts just as Admiral Boom fired his cannon.

From my own bedroom window on Nickel Street, I could see the sprawl of the smelter, the smoke billowing from three stacks which were, as an old postcard exclaimed, “the tallest in the British Empire” – a point of pride, even before the Superstack was finished in 1972. The Superstack! A bold presence by day, a haunting presence at night, encircled by red blinking lights so planes wouldn’t fly into it. It would shoot all the sulphuric emissions high up into the atmosphere. It promised no more cancelled recesses when the rotten egg smell of sulphur made it too hard to breathe. It never quite worked that way, said my dad, instead spewing pollution farther afield rather than up and away. But that didn’t matter to me – it was the size that mattered, like the giant Big Nickel on the road between Copper Cliff and Sudbury that proclaimed we were the nickel capital of the world.

Years later, I’d point out the Superstack to my own kids. It was the highest freestanding structure in the world, I told them. Highest in the world? They would ask skeptically. Taller than the CN Tower? This was before the internet. Eventually, I had to refine my claim. It was the tallest chimney in the Western hemisphere but only the second tallest freestanding structure in Canada, beat out by the CN Tower. I should have known! A central belief that takes root in a child of the north is that we don’t get the respect we deserve, especially from southerners. I’m pretty sure Toronto added those extra metres just to get our goat.

When I left Copper Cliff to go to university, most of the people I met had never been to Sudbury but they sure seemed to know a lot about it – and what they knew wasn’t pretty. Mostly, they knew that NASA had sent its astronauts to train in Sudbury because the desolate landscape looked just like the moon. Ha ha. (In fact they were looking for signs of a meteorite impact.) And that the sulphur dioxide that spewed out of Inco stacks caused acid rain and was killing the planet.

That was a hard awakening in my 20s. I felt like a traitor showing up at protests wearing Stop Acid Rain buttons, calling out Mother Inco. She who owned the little town we lived in, the club where we used Inco money – tickets my grandfather got in a small brown envelope along with his pay – to swim and bowl. Inco, who gave the smartest kids at our high school scholarships every year, who sponsored the Santa parade. It was tough to look at the place I loved with the critical eye of an outsider.

I left Sudbury in 1977 when it was at its bleakest. Those that stayed witnessed a remarkable transformation. Last year was the 40th anniversary of a community-based regreening program that planted almost 10-million trees and won a host of awards. When I go back now, the place of my youth is unrecognizable. Sudbury is still a gritty city, but its landscape is a natural wonderland of rocks, woods, lakes and wildlife.

Soon, the biggest stack of all will be no more. The Superstack will be dismantled in 2020. Sudburians talk of it wistfully. It has cast a long shadow over the area for a long time, but a new Sudbury – greener, cleaner, more economically diverse, with an alternative arts vibe and a palpable pride – has risen to replace it. We Live Up Here, an arts collective, captures the authentic, rough-around-the-edges Sudbury zeitgeist perfectly with its promotion of this year’s annual art and music festival in “weird and wonderful Sudbury.”

I’ll miss the Superstack, but now something else beckons me home. A few years ago, on the verge of retirement, I bought a camp on a lake where I had spent idyllic days as a child, just a short distance from Copper Cliff. I was motivated in part to be closer to family but also to tap into the spirit of my ancestors: their guts, their grit, their determination. I see them all around me here – the people of Sudbury who are truly rooted in the rocks and can lay claim, like few others, to changing their world for the better.

Investing in mining: Digging deep for the next generation 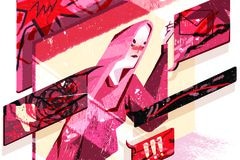 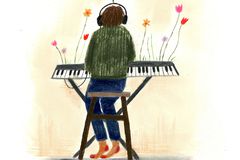 Why fishing is so good for the soul (but maybe not your liver)
February 28, 2019 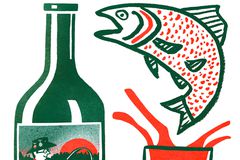