Anywhere people have found a forum for discussion and debate, racism has been a popular topic. Hearing the stories of others has compelled me to consider my own. It’s also made me wonder how, as a Black woman, I could have grown up in a predominantly white society and experienced only a few instances of name-calling, ostracization, subversion and oppression – the tenets of overt racism – until recently.

My mother chose Ottawa as her immigration destination for its sleepy rhythm and unassuming style. In 1967, Ottawa was more of a big town than an urban centre, where government workers and diplomats lived in a deceivingly comfortable bubble, where the low numbers of people of colour meant that we posed no imminent threat. If the bully at school called me a name, it was “chocolate face,” which, on balance, didn’t seem too bad, since I liked chocolate. When my hair was compared to the sheep at the experimental farm, it didn’t faze me. I liked the boy who said it.

My mother was less enamoured when people on the bus tried to surreptitiously touch our hair or skin as if they weren’t attached to the rest of us, but we didn’t perceive any hostility or ill will. We appeared to be much more of a curiosity than a reason to clutch your purse tighter if a Black man walked too closely behind or to monitor Black people’s movements in the mini mart. There was no chance that we’d take away jobs or spots on the university entrance roster or seduce somebody’s daughter or son. I grew up feeling as safe and secure as my white friends did. I got an education, a good job and moved through my career without obvious hurdles placed in my path due to my race.

Ottawa’s brand of racism, in my experience, could be described in today’s lexicon as the microaggressive type. I watched my mother struggle to rid her speech of a Trinidadian accent after being told the students she was recruited to teach wouldn’t understand her. My inability to land a single date in high school was not because I was tall and awkward, as I thought, but rather because I was Black and foreign. In more recent years, racism appeared as the poorly disguised shock on the faces of white colleagues or clients when told that I was the senior government executive they’d be meeting with. My accent and name hadn’t conveyed my racial profile. There were also the endless inappropriate questions about my education, background and qualifications, a grilling that my white colleagues rarely had to endure outside of a job interview. And the resentment by those who, wrongfully but secretly, believed that my ability to attain success had to be due to affirmative action, not the same smarts, hard work and sacrifices they had made. I also lost count of the number of times I would have to ask restaurant staff to have my party moved away from the bathroom or busing station. On business trips, when I arrived at the front desk with my white colleagues, I was the only one who needed to request my room be moved away from the ice machine or the elevator. Eventually, I learned to specify when making reservations.

But what contributed to this fairly turbulence-free journey through life as a Black woman in Ottawa? Why did I get to live with the subtle versus the overt?

I had to look more closely at me. I am Black but wasn’t “too Black” so as to have made recruiters uncomfortable. I speak unaccented English and my name doesn’t sound foreign. My mother refused to let us live in “bad” neighbourhoods or let me play with kids from “bad” neighbourhoods, a euphemism for immigrant or economically disadvantaged. She also encouraged me to stay out of the sun, in case I got “too dark,” and to straighten my hair so it wouldn’t be “too nappy.” I couldn’t blame her. She was the product of a country that still struggles with its colonial legacy. Despite the diverse cultures that live in relative harmony, Trinidad and Tobago continues to perpetuate shadeism and display microracism.

So, what did all of that mean for me? Had I been given the keys to a certain amount of Black privilege? The answer is yes, and until I was confronted with the shift from the subtle to the overt, the pain of racism was something I understood but hadn’t really felt. At least not yet.

Two years ago, I was called the N-word by a woman in an upscale department store as we were both moving toward the bus-station platform. For a stunned second, I stared at her, disbelieving my ears, controlling the bile rising in my throat. Why did she stoop so low? Our encounter had only been that awkward dance people do when both can’t decide whether to deke left or right to avoid one another, that odd cha-cha that usually ends in a smile or a “Sorry!” A year before that, a disgruntled former employee whispered “monkey face” in my ear as he passed by while I lunched with a colleague in a downtown restaurant. Once again, the shock had been palpable but that time I called the police. When I recounted my experiences in a Facebook post, my family and friends were rightfully outraged. Black friends empathized, white ones sympathized, everyone shared my disgust and disbelief that such incidents had occurred. We were all still more used to the subtlety.

Ottawa is not a hotbed of racism but my two stories, and others that have emerged in the city, speak to a troubling trend, particularly as immigrant and refugee populations have increased. We now have homegrown police brutality cases, incidents of racial profiling, racist altercations in the community and on social media, and a deepening mistrust and fear of the other.

My children’s fathers are white, so they were never stopped by police and harassed or threatened because of their colour, but their biracial sons have felt the sting of racism by the police. As they moved through the school system, I felt the need to vigilantly monitor their progress, so as to ensure they were treated fairly and equitably at every turn. Now I worry about their safety and security more than ever.

Overt, systemic, subtle or innocently curious: Racism has no place in society. The call for change cannot be muted until children can grow up in an environment where their lives matter, not the colour of their skin.

As one my lifelong friends (who is white) said during the BLM protests, “I’ve been realizing that you just can’t say you’re not a racist but never call people out.” 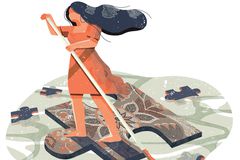 Words can heal and words can hurt – one minority doctor’s experience
August 9, 2020 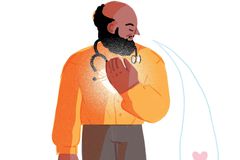 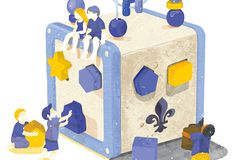