They say that babies in the womb learn to recognize their mother’s voice even before birth, and that people on their deathbed may still be able to hear the voices of those around them even if they are not conscious. A human voice might be our first – and probably our last – sensory experience. Voices are distinctive, almost like fingerprints, and we recognize them as familiar even after many years between encounters.

The full impact of these facts hit me recently when I heard the voices of my father’s relatives, most of them dead long ago. I was not hallucinating – I was listening to their voices on a brown magnetic tape a quarter-inch wide, running through the heads of a reel-to-reel tape recorder. By today’s standards, this was old technology, in vogue before there were cassette tapes or voice memos saved on cellphones. But this bygone medium was a perfect conduit for my transport back in time to the events, people and life experiences recounted by those who shared my name.

It’s been 50 years since 16 siblings – my father’s cousins – gathered on the site of their abandoned family homestead and went “on the record” with their memories. I discovered their words on the old tape reel that belongs to my father, Clair Belsher, who is nearing 90. Half a century earlier, he had the foresight – or perhaps just the lucky impulse – to record his cousins, many of whom had returned from across Canada and the United States for the Saskatchewan Homecoming ’71 celebrations (part of a year-long tourism promotion by the provincial government, which sent out around 200,000 invitations to former Saskatchewan residents), simultaneously making it a family reunion.

So quite unexpectedly, listening to the tape, I found myself dropping in for a belated visit. It was reminiscent of my childhood experience of holding my ear close to the bedroom floor on the second level of my grandparents’ two-story farmhouse. Pipes from the oil-burner stove in the dining room below carried the adults’ conversation through the house, providing some guilty pleasure as I listened. I no longer recall the details of those late-night discussions, only the feeling of being a bit naughty – of intruding on the adults’ privacy, perhaps hearing things not meant for my youngster’s ears.

Now, straining to hear the words through the background noise of a portable generator that had been used to power the tape deck, it is my grandfather’s voice that transports me back to the kitchen at the farmhouse. I picture the hand pump in the corner behind the entry door and feel its cool metal heft in my small hand; I remember my delight at the novelty of drawing water through the spout into the white enamel-coated wash basin; I smell the fresh-baked buns Grandma always had ready for our arrival; I feel the heat of the wood-burning stove and hear the occasional “pop” as the wood inside expands and settles. Those taped voices were powerful. My reaction to them surprised me. I felt a strong urge to preserve the stories in a written narrative that would survive the erosion of modern technological data. These stories were personal, spoken by people whose names I remembered from my childhood, and I did not want them to be lost.

As I played and replayed the tape a few seconds at a time, typing the words I heard and inserting the punctuation to reflect the inflections of the voices, I began to imagine. I could picture McDonald Creek that ran high in the spring, which made wading across it on the way home from school perilous. I began to envisage life before telephones and marvelled at how my great-grandmother used a black rag placed outside her house as a visual signal for her daughter across the creek to come by for a message or piece of mail collected from town.

The academic in me grew interested in some of the vocabulary peculiar to the era of farming on a Saskatchewan prairie homestead. I became aware of a lexicon mostly lost to my generation – and even more at risk for generations younger than mine.

But the most striking thing about listening to the recording was that the stories and unfamiliar words – including farming jargon and now-outdated turns of phrase – made me feel like an outsider to my own family. I felt left out of a time and place, a stranger to important aspects of life that comprised my own history. I wanted to belong.

It helped that many of the voices were familiar to me, recognizable even after decades since I had heard them as a child. I took that awareness as an implied invitation to participate. It also helped that my father acted as my guide to the past, providing explanations of words or expressions I didn’t know, sometimes aided by his hand-drawn sketches. After all, growing up in the city did not expose me to the likes of a “hip roof barn,” or “egg-shaped stacks.” Gradually, I got to feel more like an insider, as though I actually was kin to the Belshers heard on the tape from five decades ago.

In these pandemic times, we all have experienced limitations on our ability to connect with those who are important to us. For me, the need to belong has been drawn into sharp focus. The contrast between the isolation imposed by COVID and collaborating closely with my father on a project helped spur this awareness. Over many months, we listened, transcribed, reviewed, explained, asked and answered questions, and reminisced together. Ironically, in spite of physical-distancing rules and other limitations on coming together during the pandemic, my father and I grew our relationship. The work of producing a narrative transcript of the memories he recorded was a joint endeavour – at times surprising each of us with the other’s enthusiasm and commitment.

Perhaps my experience with the tape-recorded voices was my own homecoming. It seems an apt parallel to the reunion that brought the family of 16 siblings together in July exactly 50 years ago, and to the even larger gatherings of relatives returning for the provincial homecoming. Though I did not attend that celebration because of working a summer job to earn money for university, in a strange way it now feels as if I had been there. It only took half a century and a pandemic to help me make the journey.

Purging the relics from the different stages of motherhood was cathartic
July 26, 2021 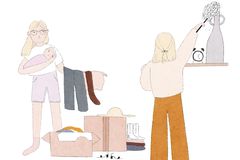 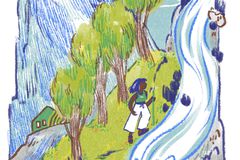 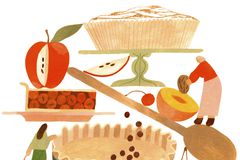