I’m putting a lot of faith into this pill. It’s a lot of pressure resting on something smaller than a mini chocolate chip. I stare at it, contemplating its size. How can something almost small enough to be lost in the palm of my hand have such a potentially life-altering effect on my being? I roll it around between my fingers like I’m toying with the wheel that has fallen off my son’s old Hot Wheels car.

After I picked up its release papers from my doctor, I drove straight to the pharmacy and waited, as I imagine an addict waits, looking for a fix. What was going on at the drugstore on a Monday afternoon that would necessitate a 97-minute wait? Was this when our entire town population of 7,000 came out to renew their prescriptions? I sat there listening for my name to be called, thinking I was concealing my anxieties but eventually observing that my leg had developed a nervous twitch and that my hands were becoming raw from rubbing them together. What if the store had run out? What if everyone whose name was called before mine was picking up sleeping pills, too? What if I finally got them and lost them in the abyss of my purse like so many other things that have disappeared in there, sucked away like socks in the dryer? Worst of all, what if I took them to bed with me, and they couldn’t perform?

It’s been almost eight months since I remember feeling well rested. I’ve lost the ability to sleep, which is tragic considering sleeping was one of the few things I was really good at. My husband used to say I could sleep for the Canadian Olympic team if such an event existed. And now, I lay awake each night for hours and hours and hours. Thinking. Watching movies in my mind that play in fast-forward. I make lists. Then I make other lists, which I hope will help me remember the first lists.

I try to hide my lack of rapid eye movement (REM) sleep, but all of the makeup in the beauty department of that drugstore can’t conceal the two dark bags that rim my eyes. There’s a lot of stuff packed into those bags, like the millions of things going on in the lives of our busy family. Who needs to be where tomorrow? What are my work commitments? There’s my ongoing, nightly struggle to remember who won Survivor last season. I wonder who will win the French Open this year. There’s my phone ­– did I plug it in before I went to bed? There’s my age; what are those strange and mysterious things that happen to women of my vintage? All of these urgent inquiries run through my head each night until it’s almost time to get up in the morning.

I’ve tried every other sleep support, both natural and concocted: the melatonin and the lavender, the dark, quiet room, the deep breathing and the visualizing, the over-the-counter, counterfeit sleeping aids. I’ve exercised a lot, drank in excess, not drank at all, eaten early, eaten late. Sometimes I lie on the cool bathroom floor for a change of scenery. If soft and cozy won’t do, perhaps cool and uncomfortable will. I’ll try anything at 3 a.m.

I have an app on my phone, which is supposed to help me calm down and lull me to sleep. It accidentally cost me $80 and gathers internet dust because it didn’t work, and I forgot to cancel it before the 30-day free trial was up. Instead of wafting off to that place of harmony and tranquility, I stayed awake, pondering how this narrator, who was reciting a gentle bedtime story, could walk the fine line of making it interesting enough to keep my attention, yet dull enough to make me nod off. Such a dilemma. And worthy of a few hours of investigation through the bays of books swirling in my mind’s library.

Don’t even get me started on my one-night stand with meditation practice. Sitting near the edge of my bed, legs folded in front of me, I tried to clear my thoughts. I counted backward from 10 and strategized that when I got to zero, my mind would be empty. Ten … nine … eight … seven … Sleepy … Dopey … Sneezy … Bashful … Happy … Doc … and … what was the name of that last one? Curses! The seventh dwarf had hijacked my brain, which left me feeling tired and grumpy.

At the moment, my husband is snoring beside me. My paranoid, sleep-deprived brain thinks he is doing it on purpose to make me jealous. He shows me his Fitbit statistics occasionally, which say he usually falls asleep in less than one minute. This is something I can only dream of doing – that is, if I ever dream again.

But now I have you, oh tiny, round muse, no bigger than the pupil in one of my bloodshot eyes – you will be my sandman saviour. I’m so full of hope and excitement that I think I may not be able to sleep, despite your good intentions. I hold you in front of me and break you in half, not wanting to appear greedy, but also warily testing your waters, seeing as it’s my first time swimming with you.

I gaze down at you, as I did when my children were babies. I knew nothing about them yet, but I was curious, optimistic, looking forward to all they had to teach me. As with all parents, there were times when I thought their very existence was to educate me on how to stay awake. You, however, are here for an opposite lesson.

I’m counting on you. I’ve been robbed of my lucidity, memory, energy and focus for too long. You can bring them all back if it’s not too late. I’m depending on you as Juliet depended on Friar Laurence’s potion to send her into a deep sleep. I slip thee under my tongue and quickly feel you take hold; my body becomes warm and woozy, my breathing slow and steady. I give myself over to you and gently, finally, fall … 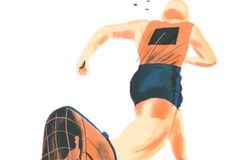 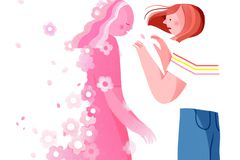 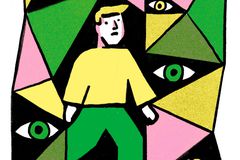