I’m a rare breed. Not because I have some unusual condition or disease. And not because I could care less whether the Maple Leafs win a Stanley Cup. Rather, it’s because I worked at the same company for more than 40 years.

It’s almost unheard of these days. Most people move from company to company every two to five years to broaden their experiences. They sometimes are driven away by office politics or by a new challenge or opportunity elsewhere.

But I was a journalist at The Globe and Mail for almost 42 years, minus roughly four years when I took maternity leaves. I was tempted to go to other companies – I had offers – but I resisted. At The Globe, I was surrounded by some of the brightest in the field, and I fed off their creativity and intellect.

I had the chance to do a wide range of assignments, from covering politics to legal issues, big business and some investigative reporting. I travelled for important stories. Why would I want to leave a job like that?

Yet, as proud as I was of my work, and no matter how much I relished chasing a juicy story or analyzing a corporate breakdown, I became increasingly self-conscious about telling anyone how long I had been at the paper. It could give away my age, and ageism persists in today’s workplace. Being over a certain age – I’d say it begins at 50 – can be a career challenge. It’s not something that many of us readily fess up to – not in industries such as media that are rapidly changing. I’ve been told that I look youthful, and that’s provided me with a good cover over the years.

I liked to keep people guessing. When asked how long I’d been at the company, I’d smile and say: “I’m in the 25-year club.” It was true, but an understatement.

A co-worker did a double-take recently when I told her how long I’d been at the paper. Another colleague joked that I started at the company at the age of 10. I did not.

It used to be a badge of honour to stay a long time at one company. I have friends who are college teachers and who are never embarrassed to say their age. They are surrounded by colleagues in their peer group and feel comfortable in their own skin. But in a growing array of sectors that are feeling the effects of digital disruption, the situation is different. Many employers seek young workers who understand the online world and demand less money.

But I knew I still had lots to offer. With experience come the skills of interacting sensitively with people, spotting mistakes or incomplete information and separating the insights from common knowledge.

Even so, I also benefited from being in a young work force. Some of my younger colleagues became my mentors. They helped me not only on the tech side but also fine-tuning my stories. Through their eyes, I was able to view issues differently, issues of discrimination and racism, for example. Younger cohorts kept me energized. Seeing them rushing off to conferences or to grab coffees with their contacts reminded me that I also had to keep refuelling my engine. I would never stop learning on the job.

On a lighter note, being among younger co-workers kept me up-to-date on style trends. When I started working, men had to wear a jacket and tie. I would sport a dress or a suit – certainly not a pair of denims. Today the dress code is more relaxed. We could dress casually in our workplace, and I saw the same trend when I visited other corporate offices. A pair of jeans can take you a long way.

Even with the right attire, I continued to feel uncomfortable about staying at the same company so long. I seriously considered leaving three years ago when an opportunity arose. I didn’t want to be here for my 40th anniversary. I didn’t want to go public with it. Ultimately, I stayed (and passed on a big celebration). I had more that I wanted to do, and I knew I would miss my work too much.

In June, I was ready to leave – I felt I accomplished a lot in those past three years – I was ready to come out of the closet, so to speak. I may have worn jeans and booties, but I was no youngster. My job gave me the opportunity to reach personal goals I would probably not have been able to do elsewhere. It gave me access to some of the top corporate and other leaders in the country. I was able to ask the tough questions, at times comfort the afflicted and afflict the comfortable. I was challenged throughout the years to push further. I got companies or organizations to think twice about what they were doing, and sometimes make changes.

But my passion for the work didn’t take away from my intermittent uneasiness with being a 40-plus-year employee in a corporate world that increasingly gravitates to short staff tenures and 30-something workers. It’s not by accident that the head shots on my social-media accounts are more than a decade old. My kids poke fun at the young-looking woman in the photos, but I resisted updating the images.

Shaming older employees is counter-productive and a potential loss for a company. I was one of the lucky ones, I shielded myself from shaming incidents partly by adopting younger people’s language and habits. For instance, I began to use “hey” to greet people even though it sounded to me like a slang word. And I worked hard.

Anyone with a zeal for their job, and the energy and competency, should feel welcome, no matter his or her age.

Running nearly killed me, but it also saved my life
August 4, 2019 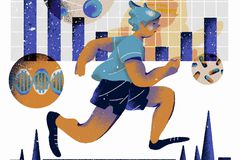 Sometimes, you’ll do anything to impress your boyfriend’s kid
August 6, 2019 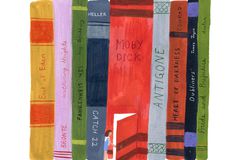