In the busy news cycle of recent weeks, the Nov. 2, 2020, terrorist shootings in Vienna’s Schwedenplatz received less attention than usually attaches to such events, but I know that there will be many who, like myself, felt the tragedy keenly.

I lived in Austria, or visited frequently, from 1979 to 1984, when Vienna’s largest Holocaust “monuments” were remnants of the Russian army’s liberation and subsequent occupation of the second district. In this formerly Jewish neighbourhood, you could still find partly deserted buildings, whose walls were still striped with bullet holes.

One day, I remember my mother coming home to our flat in the 18th district after a visit to a Viennese cemetery whose tombstones were overturned or broken, a tangled wilderness of neglect. On one of the still decipherable stones, she found an inscription with Hebrew letters. Vandals and nature had done their work, unchecked, because no one was left, almost 40 years after the war’s end, to tend or protect the graves. My mother told me that she cried, alone in the overgrowth, as that realization swept over her. She cried again that evening when she told me the story.

Our Jewish landlord was sent to live with relatives before the war, in New York, and so survived. He was a tall and cheerful man, and initially told us that he “divided” his time between New York and Vienna. We asked, during one of his regular visits, if he was staying on in Vienna for the summer. “I could never live here on any regular basis,” he said, fixing his lowered gaze on some point near the roses my mother had planted in the garden below. No one said anything for a moment, and then he recaptured his normal good cheer. That is as much as was ever said.

Back in the 1980s, when my father asked one of his Austrian friends if his family had been Nazis, the man was evidently surprised by the question. “Of course,” he said. “We knew no one who wasn’t a Nazi. We were all Nazis.”

I remember Schwedenplatz well. It had – and still has – a celebrated ice-cream parlour of the same name. From a comfortable seat in that ice-cream parlour, I would have looked toward the adjacent Schwedenbrucke many times. The Schwedenbrucke is a broad and utilitarian bridge, devoid of Vienna’s typical wedding-cake architecture, but bustling with pedestrians and urban traffic. It is the bridge that connects the city’s chic downtown with Leopoldstadt, Vienna’s second district. I only passed through the second district occasionally, on the way to Vienna’s historic amusement garden, the Prater. The second district was a sketchy neighbourhood of abandoned workshops and pathetically small shops tucked into crumbling buildings. In the years before the war, Leopoldstadt had been 40-per-cent Jewish, but I didn’t know that then.

When I lived in Vienna, I attended an American School, purpose built for the children of diplomats. As luck would have it, two of my best friends were Jewish. It was through their eyes that I first consciously encountered experiences of internalized otherness outside of my own black-and-white frame of understanding. One of my friends was reluctant to be anywhere near Vienna’s centrally located synagogue, already hypervigilant, unable to discount the threat of violence. The other kept intermittently vigilant watch (we were only teens, after all) over her younger brother, whose yarmulke was more visible than her own Star of David pendant, and made him both a beacon and a potential target.

I am not Jewish. My ancestors, the ones I know of, are African-American and Irish/German. My handsome, Black Jamaican grandfather had blue eyes. My slave-descended grandmother and great-grandmother had beautiful curls, but they weren’t tight enough to be described as afro. It is highly probable that both of these characteristics, and those of others among my oldest known ancestors, speak to sexual violence along my family tree’s branches. Like many others with similar personal histories, I identify as Black.

My own experiences of navigating a world in which I was the sometimes unwelcome exception helped me understand what my friends faced. I also knew that I could never fully understand. Even so, those years shaped and layered my consciousness of how societies telegraph messages of belonging and loyalty, or of exclusion, denial and delegitimization.

It was not until I took my own children to that same Shwedenplatz ice-cream parlour on a visit to Vienna six years ago that I learned that the Schwedenbrucke bridge was the last sight many Viennese Jews saw, men, women and children alike, before being forced onto transports, starting journeys that would end in gas chambers. By the time I brought my kids to Austria, the second district was well into a rebirth, complete with trendy stores, apartments and restaurants and, most miraculously of all, visible Orthodox Jewish families. A Viennese Holocaust memorial had been established a little more than a dozen years earlier. The first Austrian national memorial to all Holocaust victims was announced this year.

Schwedenplatz has already seen so much tragedy. It has lost and then begun to acknowledge, reclaim and come to terms with its history.

I am so very deeply saddened that these latest events are now part of its most recent chapter. 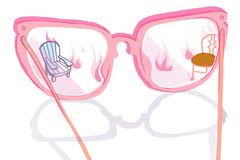 For my Holocaust survivor parents, sharing the stories of what they experienced helped them heal
November 12, 2020 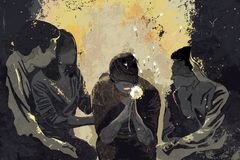 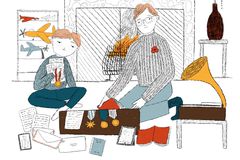