Max was my wife’s project, not mine. She insisted on another fur baby for comfort when her senior cat passes on.

I hadn’t owned a cat in ages and wasn’t interested in another. Donna, our resident matronly feline, is frumpy and standoffish. She knows who her mama is, and it ain’t me: I’m chopped liver.

Still, my wife insisted, and eventually, we found Max. Even in a cage with a runny nose, he was adorable. We took him home, and that’s when the trouble began.

He had worms and – much worse – a food fixation. As a stray, he must’ve permanently short-circuited a synapse that constantly blared, “There’s never enough food!” We couldn’t turn our backs on him for a second. He once stole an entire wedge of brie and dashed under the bed. Food would disappear without a sound, unlike the smash of glassware and anything else he could swat off a counter.

He constantly whined. Every morning before my alarm, he whined and wailed. My sleep was already bad enough and this was the last straw.

“He’s got to go! I’m not having my life ruined by a cat!” I complained for weeks until one day my wife broke down sobbing, and I knew I had lost. He was here to stay.

Why I risked life and limb to save a newborn squirrel

Soon after, a change crept in, slowly, unannounced. I started noticing that no matter how impatient or angry I got at his shenanigans, he never reciprocated. After an outburst, all I had to do was quiet down and draw near, and he would start purring. No grudges. No resentment. Just ... love? Was that what it was? Did … did he love me? I wondered. I had never encountered an animal this happy all the time, completely unselfconsciously loving and happy.

Soon he started crawling into my lap each night. Insisted on crawling in. If I got up for water or a snack – no matter how many times – he jumped right back in, purring. Purring up a storm. Purring like a lawnmower on nitro.

That’s when the nicknames started. At first it was “bub.” Then “bubs.” Then “my little bubs,” “Puddy cat,” “My little guy” and even more syrupy stuff.

Still, I couldn’t bring myself to use the “L” word with him around my wife. I said it in secret and without words every time we snuggled, rubbed heads or when he would jam his nose into mine and scrape his tuna-scented mug halfway across my face.

I didn’t want my wife to know she had won, that she was right. I thought she would use it as leverage to get me to scoop his litter or take him on vacation with us or something like that. I thought I needed to be Mr. Tough Guy: real men don’t call cats “my little nugget.” But I loved him dearly.

I was a fool to be so thick-headed, because little more than two years after rescuing him, tragedy struck. We still don’t know what happened, and neither do the vets. Max got sick. The vet listened to his heartbeat and said, “You need to get this animal to an emergency hospital now.”

We were in shock and drove 60 kilometres to the nearest veterinary hospital that would take us. I didn’t get to sleep till after 4 a.m.

The next morning the vet phoned to say his vitals had dropped. We spent the day in a state of fear until they called again to say we needed to come right away and say goodbye.

I’ve never driven through tears. I hoped never to again. Halfway there we got another call: He was in distress and needed to be put to sleep as soon as possible. He was gone before we arrived. We said goodbye and I drove back through tears again.

I regret so much: Every moment I got angry, not spending even more time loving him, everything. It took me a few days to give that feeling a name: guilt. If he were any ordinary animal, I wouldn’t have felt that, but with an imperfectly perfect cat, I did. It’s humbling to think that a housecat can make you feel inadequate, but the unrelenting, unqualified love and affection he demonstrated every hour of every day was humbling.

That’s the power of a loved animal: The ability to show us what we could be if we let go of our selfishness and pettiness and to inspire us to do so when we pick ourselves up from our loss. Animals make us want to be better – if we’re willing to listen to them. Sometimes we only understand that after it’s too late.

Years ago, I watched a Robin Williams melodrama What Dreams May Come, about a man’s journey through the afterlife. The first soul to greet him on the other side was – you guessed it – his faithful dog.

The scene wasn’t so corny that I wasn’t touched. And I knew then and there that if I arrive somewhere good after this place, the first beings I want to greet me are the animals I’ve loved. I want the first one to be Max. I’ll ask forgiveness for my failings, for anything I might have done or failed to do. And then I’ll ask him to jam his tuna-scented schnozz into mine again, and again and again.

A few words of warning to new pandemic gardeners
July 14, 2021 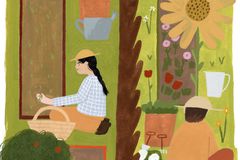 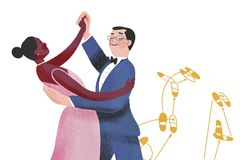 The cottage won’t let us forget its original owners
July 1, 2021 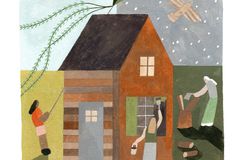