It was August, ’72, the best summer of my life. My friend Tom and I lay on the grass in Stanley Park and looked across Coal Harbour at Vancouver’s downtown. We’d just finished smoking our second joint. As we talked, we discovered that neither of us were Canadian. We’d both emigrated from Europe as young children with our parents and we spoke of what being Canadian meant, how we felt Canadian and challenged each other why we weren’t yet citizens. Eventually, we agreed that we should be.

Tom pointed past Deadman’s Island to the small stately tower rising up behind the tattered waterfront warehouses. His mother had worked there some years before and he knew the citizenship office was located there. With the impulsivity of youth and the buoyancy of the pot, we agreed we should head over and start the process of becoming Canadians.

The citizenship office had a mundane, government-issue reception area with pictures of the Queen and Prime Minister Pierre Trudeau. A nice lady listened to our request. She asked us a few questions about where we were born, checked our identification and then gave us each a clipboard with forms to complete. We thought that would be it, but after reviewing them she asked us to wait and then disappeared.

I was between youth and manhood that summer – still young enough not to worry about the future but old enough to make my own life decisions, although not old enough to realize that some events would stay with me for a lifetime.

My summer job was working on the tugboats as a cook-deckhand. We’d tow log booms from up the coast to lumber mills around Vancouver. Back then, you didn’t need safety courses or maritime-training certificates to work on commercial boats. You just had to be able to cook a bit, be willing to be out of town for two or three weeks at a time and carry a couple of 50-pound boom-chains over your shoulder.

I remember my first day aboard distinctly. We fueled up and headed out under the Lions Gate Bridge with the smell of diesel mixed with the salt air and the rumble of two huge engines below my feet. As the sun started to drop down into my eyes, small white pleasure craft were scooting for their slips, their short white wakes somehow reflecting my joy of finally “going to sea.”

A day or two later, we turned out of the coastal strait into remote reaches with names such as Desolation Sound or Toba Inlet, less than a mile wide but 20 or 30 miles long. Towering, verdant mountainsides with their endless pattern of sharp triangular tree tops closed in around us.

Then the work began.

I’ve done a lot of quintessentially Canadian things, such as baking oversized oysters in the coals of a bonfire on Long Beach as the sun sets or losing my front teeth playing hockey, but working in the middle of a remote inlet on a raft of logs under a cloudless moonlit sky with not a light in sight gives one a unique experience of Canada.

The best guys I worked with that summer were a couple of Squamish Nation brothers, Frank and Willie Nahini. Frank, who was the first mate and my watch partner, taught me everything a rookie cook-deckhand needed to know, and Willie taught me the boom work. They were the first Indigenous Canadians I’d met and two of the best men I ever worked with, anywhere.

The most memorable event of that memorable summer was going through the Skookumchuk Narrows – when the ebb tide was running out. The Skookumchuk’s flow can exceed 30 kilometres an hour, with as much as 200 billion gallons of water passing through on a single tide, and the ends can differ as much as two metres in height. Our skipper clearly had a sense of adventure. I couldn’t believe what we were heading into: a repetitive raging whirlpool. It would start out small on the far inside of the narrows and flow out, growing constantly as it whirled its way down through the rapids. Then another would set up and do the same thing. Incredibly, the tug’s massive engines drove us out the other end before the next whirling sucking beast set up.

The “worst” part of the job was the two or three weeks of monotony spent towing a few million tons of logs south at a top speed of 1½ knots an hour. Those long hot days were spent fishing for salmon, reading, doing minor maintenance on the boat and then sitting out on the aft deck after dinner as the sun slowly sank into a spectacular sunset. Essentially, we were being paid to cruise the B.C. coast with our own private cabins.

After one of these voyages through classic Canadiana, I’d be off for a week or 10 days and spent that time hanging out with Tom. That’s how we happened to be relaxing in Stanley Park that day and ended up in the citizenship office.

Eventually, the receptionist returned and asked me to follow her. Tom and I had expected to be called back in a few weeks for the swearing in, and we exchanged an “uh-oh, we’re busted” look.

I was led to a large office with plush carpets and a harbour view and found myself facing a well-groomed middle-aged matron behind a large mahogany desk set off by a new Canadian flag. She introduced herself as the citizenship judge. I felt a little out of place looking somewhere between hippiedom and disco in my Henley T-shirt, high-waisted, hip-hugging, bell-bottom jeans and platform clogs. I prepared myself for a tongue-lashing about applying for citizenship while stoned. But after a few niceties, she reviewed my form and asked if I was prepared to swear my allegiance to Canada on a Bible.

I’m an atheist and swearing my oath on a Bible would have been hypocritical (hypocrisy being a bigger sin to me than being stoned). The judge said she would be happy to accept my solemn oath instead. I hadn’t planned on taking my citizenship oath while high – it was just one of those odd twists life throws at you.

I repeated the Oath of Allegiance after the judge, only stumbling a little when I got to the line:

“… that I will faithfully observe the laws of Canada …”

The irony of breaking the law while taking the oath suddenly dawned on me. I managed to suppress my mirth, but only barely, and continued:

“… and fulfill my duties as a Canadian citizen.”

These words I took very seriously and have faithfully done my best over the past almost 50 years to live up to them. Now, as marijuana verges on legality, I feel somewhat vindicated for my youthful indiscretion.

A few days after the ceremony I went back out on the boat, heading up through the broken chains of islands of the remote wild West Coast of Canada – a Canada that was now my country. 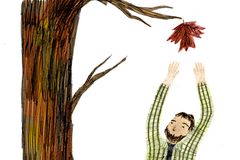 Celebrating the diverse, sophisticated and discordant country I love
June 28, 2018 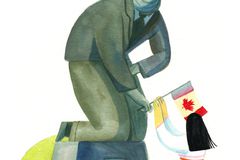