Should we update our wills? Do you think the dog would benefit from CBD oil for her hip pain? What about Montenegro for Christmas?

In the autumn of 2019, throughout my workday, these are the questions I came up with to discuss over dinner with my husband. It will be just the two of us on kitchen stools at the countertop island rather than the dining table. We were now childless in our family home, midway through our third week as empty nesters. I needed to make conversation.

September is the season to return to routine. The time to buy groceries for lunches, fill pencil cases and make sure the football cleats still fit. Put away the camping gear and dig out the backpacks. The time to sign permission forms and sign up for activities. Rework schedules and figure out how everyone gets to school and work and practice and rehearsal. It’s when dinner has to be on the table at a reasonable hour to discuss new teachers and new timetables. September is game time for parents.

Only in 2019, after nearly 30 years of bringing our A-game to raising four children, my husband and I were alone, discussing the dog. Instead of my head spinning with science fair proposals, potential slogans for student council elections and ideas for peanut-free snacks, it was overwhelmed by the sheer absence of back-to-school responsibilities.

My older three were fine. Launched. Independent, except for the odd need for a recipe or tax information. I was confident the youngest, a lovely afterthought in our early 40s, would also do well. He’d had three great role models and more adult experiences than most kids his age. I was worried that it was me, on the kitchen stool, that might be the problem.

I didn’t think that I’d been “that mother,” one of the helicopter or tiger ones. I worked, happily and successfully, throughout their childhoods. I had a profession and a career. Sure, I volunteered, officiated, chauffeured, baked, sewed costumes, fundraised, ran meetings and clubs, and baked some more. But I also had my own interests, hobbies and friendships (most of which started in the schoolyard, but so what?). I liked to think I was a supportive and nurturing mother, but I didn’t live and breathe their every move, every test, every triumph or tragedy. Heck, in the 16 years my kids were in high school, I never went to a parent-teacher night!

Years ago when we dropped the oldest off for the first time at McGill University, I inadvertently started a tradition. We said our somewhat emotional goodbyes on the street corner, just outside the main gates. As the car pulled away from the curb, I spontaneously rolled my window down, leaned out, threw both arms in the air and whooped joyously. Both my lost-looking son and solemn husband were stunned. But that’s what I felt: joy, triumph and satisfaction! I had raised a smart, independent and responsible human who was now ready to go out on his own in the big world! Hurray for me! I had done my job as a mother.

Several years later, I repeated my stunt at the Ottawa airport drop-off area as the second oldest flew off to the University of British Columbia. Although the voracity of my whoop may have been tempered by the vast distance about to come between us, I was cheering for us both. Congratulations on being ready for this huge adventure, my son! And way to go, Mom, for getting him to this point!

I did it again when my daughter went to the University of Ottawa, but this time with heartbreak. As she walked away on a street corner, sobbing, shaking, alone and unsure of herself, I made myself whoop. She needed me to. She expected it and she needed to see that – like her siblings – I was sure she was ready to be on her own.

In September, 2019, I did it for the last time at McMaster. As my baby walked away, I cheered. Loudly and repeatedly until it echoed between the residence buildings. I was full of pride, in both him and me. I really had done it. My greatest accomplishment: four amazing humans, nurtured to adulthood and ready to take on the world.

But mere weeks later, I wasn’t whooping. I was unnerved. The house echoed. It had never been so continuously tidy. I went six days without doing laundry; three days without running the dishwasher. Chocolate milk was going bad in the fridge. I’d baked virtually every cookie recipe I knew and the freezer was bursting (as were my jeans). No one needed my help with math, my opinion on current news or my advice on the new girl in the class. I felt like I’d lost my identity. I was the caregiver. I was the counsellor, the cheerleader and the chairperson. I was the homework taskmaster, the after-school snack-maker and the shoulder to cry on. I wondered how to cope with a game change so big. The dog got tired of my undivided attention and attempts to engage her in conversation. My husband expressed concern about my random questions.

This September – and 19 months into a global pandemic – I’m not really as alone as I had anticipated. Thanks to COVID-19, my empty nest has sprouted a revolving door. My daughter graduated and came home for a month to job-hunt in a chaotic, remote-focused market. She stayed nine. My youngest, having successfully navigated the university transition, came home for stints of family time and my baking as his bedroom became his virtual campus. My second-oldest and his fiancée involved us in wedding plans; my oldest sought advice on home renovations. We even managed a COVID-friendly Christmas around the backyard fireplace, with campervans in the driveway.

As health care professionals, my husband and I have had many evening meals on our kitchen stools, in grateful silence, with no need for random conversation. And I have come to realize that my work as a mother will always continue; it’s just the details of the job description that have changed. I’m now more of a consultant than a hands-on practitioner. I do what they need and ask of me these days, via Zoom or while sitting outdoors, while masked or from six feet away. Recently, thankfully, we’ve been face to face, and often arm in arm.

Which has me thinking again, do you need a vaccine passport to enter Montenegro? 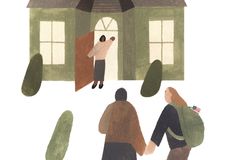 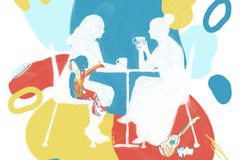