When the lockdown first began, the task to check in daily on our elderly mother fell to me; after all, no longer working in the office, and living alone, I could more easily limit social contacts and so ensure her safety.

My brother and my sister-in-law handled the weekly grocery shopping (dropped off at the side door) as well as Mom’s monthly haircut (with her seated smack in the centre of the back yard on one of the white-faded-to-grey, plastic lawn chairs).

Mom is coming on 88 and has been living in her own home, alone, since our father died 12 years ago.

We’re lucky even to have been able to visit her, I know that. Still, I wasn’t sure how the visits would go. Mom and I agreed long ago that we have clashing personalities. She appreciates discipline and order; I favour improvisation. She’s a Scorpio; I, a Libra. We do share a facility with language – but, unfortunately, when directed at each other, it can all too often be of the biting sort.

Initially, I timed my visits to coincide with the Greek game shows she watches every afternoon. The ice-breaker worked: soon we found ourselves rooting for the same contestants or comparing the relative appeal of the various hosts.

Mom became fascinated with my ability to find out trivial information almost instantly on my smartphone: the age of a Greek pop singer, the selling price of the house down the street, the year an acquaintance married.

“How can that little thing know so much?”

What I discovered when we turned away from the TV, however, was that my mother knew things Google had no idea about, and soon I set aside my phone and made Mom my preferred search engine.

I learned that the German soldiers occupying her hometown south of Sparta during the Second World War sunbathed in the nude every afternoon; that as a child my mother most enjoyed climbing trees and throwing stones (now that I think of it, she displayed both skills as a young mother); that my grandfather (my father’s father) was ridiculously jealous of my grandmother (my father’s mother); that it was my mother who had interceded to hasten the inevitable end of one of my early romances; that the trick to cooking wild dandelion greens is not to over-boil them; and that my father had earned her lifelong loyalty by agreeing without argument in their first year of marriage to contribute the money required for her mother to purchase dentures.

I was hooked. Soon I was visiting twice a day.

At about Day 12 of the lockdown, Mom’s landline went dead. I called the phone company and learned the problem could last as long as a week. The customer service rep was surprised Mom didn’t own a cell phone and recommended we buy one for her to tide her over.

“We’ll call the television news,” I joked to mom, “and invite them to come videotape the 87-year-old woman learning to use a cell phone for the first time.”

So we put off the cell phone; I slept over instead.

The week living together went surprisingly well. Never a handyman, I tried my best nevertheless to make myself useful. I changed a light bulb, found a discarded piece of baseboard with which she could easily switch the television on and off (the remote control acted up on us, too), and took her reading glasses in for repair when the toothpick I tried as a temporary fix to replace a screw didn’t quite do the trick.

When we weren’t addressing the long list of deferred household maintenance chores, we planned the day’s menu together, went for walks down the street and continued our open-ended chats.

One night at bedtime, which was signaled on weekdays by the closing credits of the Tacoma, Wash., broadcast of Wheel of Fortune (9:30 p.m.), she turned to me and said: “Now I’ve learned your character.”

I didn’t ask her to elaborate. But, choosing to interpret the gleam in her eye as an indication that her conclusion was a favourable one, I found myself struggling to keep from choking up.

On an afternoon well into the second month, after the phone was working again and I’d returned home, I called Mom to let her know I was coming by. No answer. I dismissed any negative thoughts. I drove over and knocked at the door. Again, no answer. Now I was getting worried. I called my brother and the friend down the back lane my mother often visited prepandemic. Neither had heard from her that morning. I retrieved the extra set of house keys from my car and let myself in. My heart thumped. I checked the upstairs rooms, the basement. No Mom. I realized I hadn’t checked the bathtub. I steeled myself for the worst, pulling the shower curtain aside.

I got into my car and headed down the street. Maybe she’d taken a walk. I spotted a police cruiser parked outside a fast-food restaurant. The officers might have spotted her somewhere or at least I could report her as a missing person, I decided.

As I swung into the strip-mall parking lot, there was Mom walking down the adjacent sidewalk, her sunglasses shading her eyes from the sun, a grocery bag hanging at her side.

I was too relieved to chastise.

“I’m fine, thanks,” she said. “I just needed to do something myself.”

I smiled. “I was ready to have the police track you down.”

“Don’t worry,” she said. “It won’t happen again. I don’t like all the new rules. The cashier scolded me for resting my purse down on the ledge at the checkout counter.”

Now, seven months after our lockdown journey began, the days have shortened, most trees are bare, and only small clusters of straggling geese remain gathered in open fields ready to take flight on their winter vacations, blissfully unimpacted by all things COVID-19.

In the interim, half a dozen of Mom’s friends have died, and so has one of my own.

“The shovels, the spades and straight to Hades,” my mother intoned in rhyming Greek, calling up one of the countless Old World aphorisms in her repertoire. I guess when you’ve lived almost 90 years, you come to realize that the end is roughly the same for everyone.

Physical distancing measures notwithstanding, my generation fully expects to visit our parents as they are dying, usually in hospital; I’ve learned that the real reward comes in visiting them as they are living.

I’m up to as many as three sessions a day now.

I like to believe it’s good for my character. 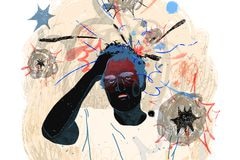 Calgary, I need emotional-support chickens in my backyard to endure the new normal
November 18, 2020 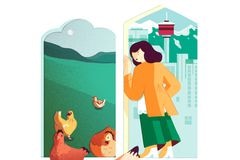 My kids worked through grief and stress by digging up the backyard. We left them to it
November 16, 2020 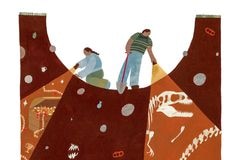