Coronavirus information
The Zero Canada Project provides resources to help you manage your health, your finances and your family life as Canada reopens.
Visit the hub
David Gillett
Contributed to The Globe and Mail
Published April 21, 2020 Updated April 23, 2020
Comments
Text Size
Please log in to listen to this story. Also available in French and Mandarin. Log In Create Free Account

Will this be the end to our travels?

Nothing could have been further from my mind as I rubbed elbows last May 1 in a crush of college scarves, ball gowns and grungy hoodies in Oxford, England. The dawn gathering below the Magdalen Tower, which attracted nearly 20,000 people, has been a tradition since Elizabethan times.

There was a silly, edge-of-sanity smell to it all: Lunacy amidst the quadrangles of one of the world’s most prestigious universities, bleary eyed students drinking champagne at sunrise, tiny kids dressed like fairies, ruddy-faced men in green who break out into Morris folk dancing in the streets. It all made sense in a strange way … the Mad Hatter would have loved it. He might have even been there.

But that was a year ago, in an age that seems a millennium removed from where we are today.

Attending a sunrise street party seems like a death wish. Oxford has no monopoly on shutdowns of course. The heaving throngs have drained from Venice, like a bloodletting from the poster child of tourist overload. Times Square echoes to the footfalls of the NYPD on the lookout for careless congregators. In London, a sober quiet envelops Piccadilly Circus, massive digital signs shouting a mute warning to a lonely street cleaner in a face mask.

For travellers, questions smoulder in the background behind the more pressing concerns of ventilator shortages and daily death tallies: Can things plummet so drastically and yet pick up again when the danger fades? Will we ever travel again?

Perhaps that question needs some reframing: “Will we ever travel in the same way again?”

With the pause button pushed, there is an opportunity for a reset, a chance to rethink why we travel and how to do it better. Only a few weeks into this unbelievable shutdown there are glimpses of a silver lining in the clouds of bad news: The Venetian canal water is clearing and fish are returning. The air in many of the world’s busiest cities is breathable again. The turbulence from cruise ships in ancient harbours has been suspended. Skies once cross-hatched with jet contrails are a crisp, deep blue. Car-free streets are ringing with the music of birdsong.

None of these conditions, dreamlike in their temporary beauty, will endure once the movement of life picks up again. But there is a viable hope that we will have learned what could be, and glimpsed a bit of what has been gained in the midst of such colossal loss.

The potential for smaller and smarter crowds in the places I visit is welcome. But I need to look in the mirror and examine myself as well. What do I contribute when I travel? What do I take? Is there some balance to my explorations, something more meaningful than simply the online purchase of carbon offsets?

Even as I contemplate my own response, the travel landscape shifts in ways no one could ever have imagined. Many things we’ve taken for granted will almost certainly be changed forever. Despite bargains advertised in desperation today, the era of discount flights will eventually end, especially as budget carriers fall like dominoes. The rapid expansion of the cruise industry will be slowed to a crawl. Cheap sleeps will evaporate as municipalities clamp down on unregulated rentals. People will just plain stay home.

Perhaps there will be a shift to more local explorations, more micro-adventures. And is it too much to hope that there will be more desire for slow travel when farther afield? For getting to know a place, to learn names, to eat and shop as the locals do?

The crowded resorts and the conga-line queues through packed city centres might lose some appeal. Many of us yearn for something else anyway. The soggy, solitary hikers amongst us see a faint light at the end of this dark tunnel. The poet Percy Bysshe Shelley, writing of the mountains in northern England, once said: “I love all waste and desolate places where we taste the pleasure of believing what we see is boundless, as we wish our souls to be.”

We don’t see a boundless world this spring, but rather a confined, restricted one. And yet those desolate hills will wait for us. The places where we congregate and find richness in community – the great city squares, cathedrals, stadiums and theatres – those places will not be lost to us, even if they change.

The world has been through terrible times like this before and worse, but the human urge to explore has returned each time, through wars and depressions, through famines and black periods of plague.

Travellers right now, however virtuous and ecoconscious, are potential deadly vectors of pandemic spread. So, we stay home. We can visit distant lands with virtual technology and learn the intricacies of maps. We never had time to read that backlog of travel literature, but we certainly have time now.

Of course, human nature’s track record suggests that optimism could be in for a gut-punch even though the reasons for change seem so blindingly obvious. But what have we, if we don’t have optimism?

The bubonic plague eventually passed, as will the one that our world suffers under now. There will be celebrations on May Mornings in Oxford once again some day. They might even be faintly silly – but they’ll work. And that matters. 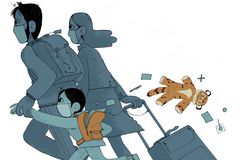 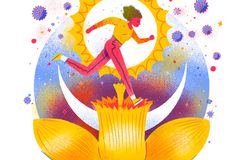 I couldn’t stand my ordinary life - so I quit and started travelling
November 12, 2019 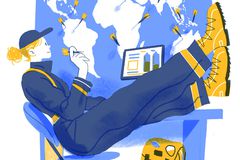