As the taxi pulls away, my father stands beside the living room window looking out, watching me go in the darkness, at 4:30 a.m.

His grey hair is uncombed, like a little boy’s, brushed out of place by his pillow. Moments ago, he was awakened – startled – in the middle of the night when I knocked on his bedroom door, his balance unsteady as he came down the stairs, determined to carry my suitcase, to set it outside on the front steps in the cold morning air, the prairie sky jet-black.

With a squint in his eyes in the bright hall light, he stepped back inside to say goodbye, remarkably good humoured, almost jovial, at this early hour. He wore his plaid dressing gown, loosely tied, and his brown fur slippers, now dusted with snow.

He thanked me for my cooking (for the dinners and parties), and for travelling the long distance from Nova Scotia to be here for Christmas. I told him that I worry about his loneliness, the sudden emptiness of the house – his solitude, as he goes back to bed alone, waking later, with no one here.

When I arrived 10 days ago, I felt the stillness in the house. It was quiet and lifeless, not used to people. Then my brothers and I came and filled the rooms. But, now, they’re gone; I am the last to leave.

“I have my projects,” he said, in the moments before I walked out the door.

As the taxi begins to depart, I watch the lights go off – outside, then inside, the windows suddenly dim (their golden glow gone) – but my father doesn’t leave. He stands by the window looking out – watching – even though he can’t see me in the dark, his figure framed by the window, beside the Christmas tree.

It was fir, this year: a fresh tree. He buys one every year. Always, it is standing, ready to decorate when we arrive, the wreath already hanging on the front door, the red poinsettia sitting on the living-room table.

He and the tree are a pair: companions, now. Two living things, side-by-side, fill the space of the glass – the bay window – that wraps around the front of the house, its prettiest feature.

Like trees, my father endures hardships in life: the untimely death of my mother years ago, and his second wife’s death, five years into their marriage. And now, his children have scattered far from home, our (selfish) choices taking us from one end of the country to the other. The life of the tree, cut for Christmas, is short; my father’s is long and strong. But both of them are tall and straight.

When I arrived on Dec. 19 in the late afternoon light, the prairie was visible below as the plane descended. I could see its oceanic space: flat, horizontal and extensive, like the water from which I had come. The snow, like dust, had fallen lightly, hardly hiding the land: its edges, rectangles and lines; its furrowed precision, ridged under the white. The snow was a complement, creating the art: dark against light.

The beauty enchanted me.

Each morning, before dawn, I waited in the dark for the light to come: the purpling sky, lightly washed in pink, which turned to icy blue. Every night, I looked at the moon, its stationary coldness, high in the sky, burning brighter than the snow, as if its light were sliced and hardened by the cold, thin air.

When I left Nova Scotia, the mist was thick, the dampness heavy, the green still deep, and I loved that beauty: the fluid wetness, the soft earth, the lingering of autumn inside winter: the movement of each moment.

But, here, dryness stops – settles – and silences everything.

One morning, my father stood in the kitchen looking out the window to his backyard. A single clump of flowers remained, at the far end, brown and slender and stiff, the only trace of summer’s flourish: flowered husks holding the snow, white-tipped, as if in bloom.

“My winter garden,” he said, in a rare poetic moment. I felt the loss of summer flowers for him, his longing for their company, in his solitary home.

As I leave today, my father stands alone in the dark looking out beside the unlit tree, its needles still fragrant, not falling to the floor. I watch him as he waits in the living room, where we sat, talked, opened the mail, read the paper, ate dinner on Christmas Eve, held our parties, listened to music, watched the news, waited for the beauty of twilight each late afternoon – and said goodbye.

He stands – stays still – as I pull away.

Are there tears in his eyes, as there are in mine? Even a glimmer – drops of water that might quench the dry tree? Will they fall on the pillow and dry as he sleeps? Do the tears glimmer in the light of the moon that shines on the snow? Will little lights come on in his heart when he wakes up? Will he sparkle again, like the tree: turn on, and find life?

I can’t wave from the interior of the taxi, as I abandon a parent to loneliness – cold quietness – in the early morning darkness of the prairie space: too much of it to make a person feel loved, so flat that a family rolls away in all directions, the arms of the land wide open, offering the distance to go – and we went.

I leave behind two trees: one with silver-grey hair, the other still freshly green.

But I haven’t the strength of either one. 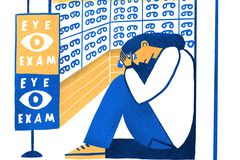 For me, Christmas is both an ending and a beginning
December 20, 2018 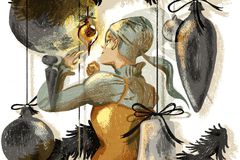 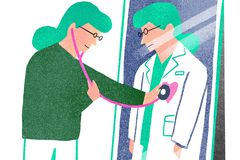