Anchorage House at Mount Allison University is a three-storey mansion built in the Queen Anne architectural style. But before it became office space for the university, it was the home of the Bennett family. Mrs. Bennett, so the story goes, still haunts the place – I know this is true because I’ve heard her.

Anchorage House was built in Sackville, N.B., in 1892. In 1933, the home was sold to retired Mariner Captain Ronald Vivian Bennett, the brother of former prime minister R.B. Bennett. Capt. Bennett gave Anchorage House to Mount Allison after his death in 1961. The university turned a handful of rooms into offices but left areas such as the living room, kitchen and dining room untouched.

Capt. Bennett’s first wife, Elva, had her bedroom on the second floor. It overlooked the landing where the first-floor stairs meet the second floor. She could peer out her door and see her sons, Edwin Ronald and Henry Harrison, race up and down the steps as children. As teenagers, maybe they slid down the banisters. As young adults, they became soldiers when the Second World War arrived.

My office, where I did online work for the alumni department about 15 years ago, was in Mrs. Bennett’s former bedroom. It was a beautiful space. I worked on wide-planked hardwood floors, beside rich, brown wood panelling and under high ceilings with decorative crown moulding. Tall windows framed views of towering elm trees that lined York Street, and I could watch students with backpacks and books heading to class or a meal – or if it was Friday afternoon, a drink at the pub.

Anchorage was a cozy and quiet place to do business. Usually. A few times, I had to work in the evening, alone, and the unexpected thumps and bumps coming from the dark rooms gave me goosebumps. I remembered the stories I’d been told about Mrs. Bennett. When both her sons were killed during the Second World War, Mrs. Bennett, distraught over their loss, often climbed the mansion’s stairs to visit their empty bedrooms. It was said she did this even after her death.

I wondered if I was interrupting Mrs. Bennett’s nighttime routine. I did not want to meet her in any shape or form, so I turned on all the lights on the first and second floors. I tried not to think about what could be above me in the blackness of the third storey. It was torture when I left for the night and had to turn off all the lights. I sprinted from switch to switch to switch, hoping to outrun the spirit. The worst part of the obstacle course was making it from the darkened stairwell to the safety of the foyer. By then, I was breathing so heavily I could have passed out from exertion, never mind spotting an apparition.

I never feared Mrs. Bennett in the morning, when my office was brightened by daylight. My desk faced out the door and had a direct view of the landing. Everyone on the stairs had to pass by my office.

I was alone in the house one fall lunch hour. Thinning sun shone into my room and the only sounds in the mansion were from the click of my mouse while I designed a website. Then, someone on the stairs grabbed my attention.

One, two, three, four and more footsteps creaked up the stairs. Up and up and up until they arrived on the second floor just outside my door.

I looked up from my screen to see if someone needed my help. There was no one there. I squinted at the empty landing. Hmm. It must have been my mistake.

Moments later, one, two, three, four and more footsteps creaked up the stairs. Up and up and up until they arrived on the second floor just outside my door. I looked up. Again, no one.

I frowned and then shook my head. Maybe I was hearing things. Maybe I was tired. Maybe the house was stretching its bones. There must be a reason for the footsteps. I walked to the landing and looked down the stairs. Nothing. No one.

I was on the edge of being scared when a co-worker banged through the front door, running up the stairs to her office across from mine. I didn’t tell her what I’d been hearing. I didn’t want her to think I was strange, so I went back to work.

But the footsteps continued and by the sixth time, my heart was pounding. I wasn’t the only one.

“Are you hearing footsteps but there’s nobody there?” asked my co-worker, walking into my office. She also knew about Mrs. Bennett.

Then one, two, three footsteps creaked up the stairs. There! We both heard it and tiptoed to the landing. We looked down to see a man climbing up the stairs. He looked at us expectantly and my co-worker and I started laughing. I asked the man if he had come by earlier but he said it was his first visit.

The lunch hour and phantom footsteps dissolved into an afternoon of work. I never heard the disembodied noises again. Eventually, I left Sackville and moved on to other things, leaving Mrs. Bennett behind.

Recently, I wrote a memoir for an Alberta family that includes stories about the Calgary Highlanders in the Second World War. It made me think of Mrs. Bennett and her sons – and I’m not sure why I never Googled them before. So I looked them up. Major Edwin Ronald Bennett, 27, and Lieutenant Henry Harrison Bennett, 24, were killed just over a week apart in August, 1944, while fighting in Normandy, France. The young men are buried at the Bretteville-Sur-Laize Canadian War Cemetery, near the main road from Caen to Falaise, an area the Highlanders also fought to liberate.

Normandy was the Allies’ target as they fought for a foothold in France and forced the German army east. Fighting started on June 6 with the D-Day landings and combat was fierce. Canadian troops faced elite and battle-hardened Germans for almost three months. At the end of August, the Germans retreated from the area. More than 5,000 Canadians died.

Mrs. Bennett’s sons never came home. They never got to climb the stairs of Anchorage House one more time. Elva Bennett died a few months after her boys. Her grief became a ghost story. What should have haunted me was not knowing the history her story contained, a history that many Canadian families from coast to coast to coast share. However, now when I remember Mrs. Bennett’s steps, I see her clearly. 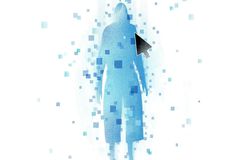