The specialist leafed through the file, looked up and said my baby had suffered a stroke. That’s why her hand was always closed up in a fist and she wasn’t crawling. Then he said that because of the stroke, my daughter would likely never walk and even if she did, it would be with a significant limp. She’d also probably be developmentally delayed.

As waves of nausea swept over me, I asked him desperately what I could do to help her. Nothing, he said, the stroke was permanent. But I continued to press him for options – there must be something, anything, I could do to try to help her, even a little. His only advice was to “learn to live with it.”

As I put my baby into her car seat to go home, she looked up at me and smiled happily. In my mind, I was frantically processing what I had just heard, but in my heart I couldn’t reconcile the bleak outlook for her future with the intelligence I saw in those bright eyes. How could there be absolutely nothing I could do to help her? How could there possibly be no hope at all, even a teeny tiny bit?

There was nothing in my life up until that point that could have prepared me for that moment. I so clearly remember the vision I had for myself when I was younger. I remember feeling so grown up at my high-school prom, so full of hope for the future in my dark blue, taffeta dress. Everything seemed possible. Of course, I was going to go to university. Of course, I was going to get a job and get married and have a family, in that order. Of course, everything was going to go smoothly. Why wouldn’t it? Two university degrees and a decade later, there I was on the brink of divorce, at home with two kids and now this.

For the days and weeks after that appointment, I replayed the conversation with the specialist over and over again in my mind. At some point I realized, ironically, that the only semblance of hope lay within the specialist’s own words. Maybe “likely never” as in “likely never walk” didn’t necessarily mean “absolutely for certain she will never walk.” And maybe, “probably be developmentally delayed” didn’t necessarily mean “absolutely for certain she will be developmentally delayed.” Admittedly, it was weak as far as rays of hope go but in the absence of anything else, it was all that I had to go on and it would have to do.

So, I did everything I could to help my daughter – just in case it was possible. I started with learning to walk. She was definitely wobbly, she fell down a lot and she did limp. But eventually, she learned to balance herself and put one foot in front of the other to get wherever she wanted to go. She could walk – absolutely and with all certainty. In the absence of a reference point for what was possible, this development magnified my faint ray of hope into a reason to persevere.

As a result, whenever I was told something wasn’t possible for her to do, I asked, “What if it were possible, what could I do then?” At the same time, I watched for small flickers of hope that might indicate something positive might be possible, no matter how tiny and imperceptible it might be to others. I pushed against all kinds of negativity and did my best to find solutions and workarounds.

This year, so many years later, despite the bleak outlook I was given at the very beginning of her life, my daughter graduated from high school. There are still rehabilitation activities to be done but our conversations are more about what most teenage girls like to talk about – what’s going on at school, the latest beauty tip gleaned from a YouTuber and most of all, who would wear what to prom.

In the early spring, we started searching high and low for the perfect dress but none of the stores seemed to have what my daughter had in mind. While visiting my parents’ place, she found my old dark blue, taffeta dress in the back of a closet; it had been preserved by my mother for all these years. It fit her perfectly, and the dress was apparently, exactly what she had been looking for. A few minor tweaks to modernize the look, a new pair of shoes and she was ready for prom.

Looking at where we are now, so many years after that devastating appointment, I can’t help but wonder where we might have been if I hadn’t been so driven to look for little flickers of hope. Would she still have graduated from high school and moving toward making her own contribution to society if I had just learned to live with the bleak outlook as it had been described all those years ago? I’ll never know for sure.

These days I wonder what might happen if more of us left open the possibility that maybe, just maybe, there was room for the tiniest possibility of improvement or change – even if we’ve been told otherwise, even if we ourselves aren’t sure? If the improvement only made a difference once in a while, wouldn’t that be better than nothing? What if we let one another keep the few flickers of hope we might actually have, instead of inadvertently taking them away with our words and our actions – could that maybe spark more hope? More change? Could that have a positive impact overall, even if it could never be measured or proven?

As I watched my daughter leave for her high-school prom, feeling so grown up and full of hope for the future in my dark blue taffeta dress, everything seemed possible.

Do my Facebook posts offend my refugee friend?
October 12, 2018 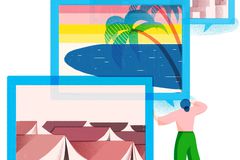 Watching my brother die made me a better doctor
October 10, 2018 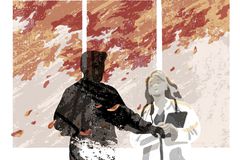 Debauchery and discovery: What I learned working at Club Med
October 10, 2018 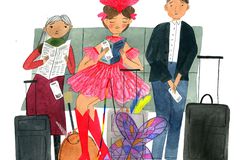