Maanvi Dhillon
Contributed to The Globe and Mail
Published April 27, 2021 Updated May 3, 2021
Comments
Text Size
Please log in to listen to this story. Also available in French and Mandarin. Log In Create Free Account

Sometimes, you make a choice without knowing the reason why. Something pushes you, nothing that can be described with legible words or ideas. Even “instinct” is too stiff. Maybe it’s something like a lava lamp: Picture those amorphous and shifting blobs as forces that make your stomach drop or your eyes light up. The actual reasons often appear later, once you’ve emerged from the other side a little dazed.

That’s how I describe my decision to study abroad in India during my third year of university. It’s an uncommon exchange destination. When asked to explain my choice, I used neat, bow-tied answers for deflection: “The school is prestigious!” “I haven’t been able to travel there!” “Good food!”

These weren’t inaccurate. The school was fantastic, I’d only visited India once before (a trip to my family’s Punjab village that I barely remember), and Indian food is heavenly. But that was just the surface of my curiosity, and I couldn’t explain the rest at that time.

Like my parents, most of our friends and family are South Asian immigrants and they were especially skeptical of this choice. People sternly warned me not to trust strangers, never leave campus, avoid certain foods – several even shared their relatives’ phone numbers in case I needed help. I was grateful for their collective care, yet their messages were tinged with fear and foreboding, and within them, I heard a judgment amplified by my own doubts: that my decision made no sense.

Growing up, my identity didn’t mean much to me: brown-skinned, Indian, second-generation. It wasn’t that I rejected my background – I completed the usual diaspora checklist of learning classical Bharatanatyam, celebrating Diwali and watching Karan Johar films. But cultural participation feels hollow when you don’t know the origins of these practices, or anything substantive about the country they come from.

Canadian schools did not fill in those gaps for me. I learned about Greek myths, American politics, French philosophers, German music history and Canadian literature, but never about the place responsible for the dinner I eat every night, the way I look and my family’s memories. Lessons rarely covered anything non-Western or non-white. People from minority communities know how that feels – you’re left without firm ground beneath you, unlike the majority whose identities are centred and valued in our education. Where they gain pillars to stand on – historical events, scientific milestones, “classic” art, powerful figures attached to their heritage – we are left teetering. That is unless we take matters into our own hands.

For most of my life, I didn’t bother. It’s hard to explain my sadness at the stubborn disinterest I once had in India. Internalized racism and a Eurocentric education limited not only my knowledge but my questions, too. I didn’t care, in an academic way or even a touristic way; India never seemed like a place worth visiting. When I envisioned vacation, it was hopping around Europe, eating pasta and getting wine drunk. That’s what Western culture does: it draws borders around our imagination.

Yet something inside me bubbled over when I was selecting a destination for a university exchange. Places I’d dreamed of visiting suddenly looked stale. I discovered Ashoka University, a liberal arts school in north India, and the lava lamp blobs started nudging me. As I scoured course descriptions and campus photos, a plan began to form.

Living at Ashoka was a sheltered experience of India. It’s quite a privileged environment: a closed campus, food and laundry services and I was surrounded by kind, helpful peers. They had a club that organized off-campus trips, so travelling was easy for me and the other foreign students. We saw beaches in Pondicherry, ate Tibetan food in Dharamshala, hiked a mountain in Rishikesh and stayed in a historic fort in Mahmudabad. I even travelled alone to Chandigarh and visited my dad’s university.

There were difficulties, too, many predictably stemming from my peanut allergy or non-existent Hindi skills. This was also an entirely different culture so the social norms were new and unfamiliar. There was hardly a day that my Canadian-ness didn’t lead to some awkward interaction.

Still, it was incredible. In classes, I read the Kama Sutra, Sufi poetry and Indian academics such as Romila Thapar. Historical subjects that my family always spoke about, like Partition and Jawaharlal Nehru, were drawn in vivid details, treated with the same importance they held in our living room. Indian news became more accessible as I gained background on topics such as Hindu nationalism or on the regions of Assam and Kashmir. By the end of my semester, there was a clear change in how I related to the country.

Learning about India was transformative, but another part of the magic of exchange is harder to capture in words. It had to do with the people there. The fierce literature professor with witty, provocative lectures; the basketball jock who strides through the cafeteria smirking; the drunk girls dancing to Nicki Minaj songs in their dorm after a night out; the slacker who never shows up to class; the couples holding hands and strolling around campus at nighttime. There was something striking about all of them.

I couldn’t find words for it until months later when I watched an interview with Canadian-Korean actor Sandra Oh. She was explaining her experience watching Korean director Bong Joon Ho win awards for his film Parasite. Oh described the sensation of seeing “the person of colour, the Asian man, the Korean man” who appeared free of the baggage that comes from being raised in a racist society. She saw that he did not feel less about himself in the way minorities in North America are taught to. He “doesn’t have this layer on him. He’s just free.”

I think I saw what Oh described in India. I don’t mean to romanticize their society; they have internal hierarchies and also inflict systematic oppression on minority and marginalized groups. But as a racialized person from a Western country, it meant something to see instances of people like me existing without the layer of reserve I feel on my skin. Layer really is the perfect word – it’s textured, a clingy web, something you feel between your fingers. To witness brown people living without that, and less entrapped by the net of Western stereotypes and expectations, was startling. And amazing.

Almost two years after my trip, I’m not sure exactly what I’ve learned, and whether epiphanies in my head have reached the places where it counts – my fingertips, my tongue, my skin. But either way, I carved out the education and experience I yearned for. I’m proud of that. And I consider this story a victory for lava-lamp thinkers everywhere.

Now I understand the sacrifices made by my immigrant parents
April 28, 2021 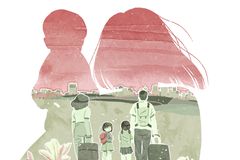 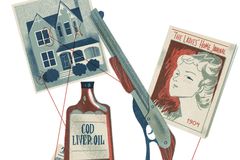 Young people aren’t the only ones trying to date in this pandemic
April 27, 2021 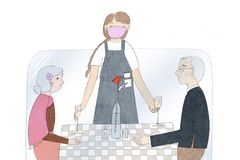 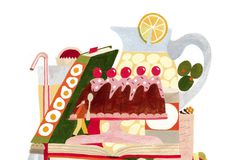