The only difference between me and the X-Men is that I have a super weakness. When I was a teenager, the 1990s X-Men cartoon really hit home for me. It made me fully aware of my mutation. (The 2000 feature film was a close second.)

At 16, I was diagnosed with Common Variable Immunodeficiency. Doctors discovered it when chickenpox nearly killed me. Here’s the abridged version: I contracted chickenpox, complete with blisters inside and outside of my body. The blisters drained into my lungs causing varicella pneumonia. Pneumonia travelled to my brain causing encephalitis. Then the doctors put me in a drug-induced coma for three days.

I’ve been living with a body that doesn’t produce its own antibodies for 26 years. I’m alive at all thanks to my treatment, immune globulin (IVIG).

Thanks to the research team at Toronto’s Hospital for Sick Children, the doctors who diagnosed me have been following me all this time and have been able to pinpoint my mutation right down to the genetic strand. It is that very mutation that is constantly under attack by anti-lockdown advocates, anti-vaxxers and anti-maskers. It’s almost as if the X-Men supervillains Senator Robert Kelly, Cameron Hodge and Bolivar Trask really do exist.

Let’s not split hairs here; if I get COVID-19, I will die. I assure you; my wife and kids will be without my puffin-loving, journalism-advocating, horror-film-watching, music-obsessing self.

This pandemic, for me, is on par with the Legacy Virus that threatened to wipe out mutant-kind in the pages of the comics.

So, my family and I have been in self-imposed isolation. I won’t call it hiding, because we still go out for the bare necessities. I go for my treatments. I buy light bulbs at the Canadian Tire, passing by the pitchforks and torches, like the ones the anti-mutant crowd carries in the cartoon. I pick up cat food and litter from the PetSmart, passing by the caged animals that remind me of the mutants incarcerated on Genosha.

I have that sense of being a pariah. I sniff that out like Wolverine. I sense it like Jean Grey. And my wife expresses it when communicating my immune condition to other parents at the school our daughter attends. My wife recently explained the finer details of my mutation to her mother as she was not quite aware of the extent of my condition. But I can’t really assume people will understand; that people won’t think I’m paranoid.

Now, our home has become like X-Men’s Professor Xavier’s School for Gifted Youngsters. My own little mutants cause chaos à la Shadowcat or Pyro through distance learning. I say little mutants affectionately. They will thankfully not be afflicted with my immunocompromised state.

I try to handle all these stressors with sarcasm of Deadpool, Marvel’s “Merc with a Mouth.”

Humour aside, what’s really taken a hit is my self-worth.

I’ve made my living as a professional writer, so my self-worth is already lower than average. (Most journalists and freelancers will empathize with that feeling.) But throw in an immune condition during a pandemic – with angry protesters willing to throw those who are different to the mercy of the virus – and you can’t help but agree with Magneto. Magneto, the Marvel mutant who can generate and manipulate magnetic fields, and survived the horrors of the Holocaust. The impetus behind his aggression against humans, as they look to subjugate mutants, is to ensure that tragedy he experienced at Auschwitz doesn’t happen again. Sometimes, he treads the line between wanting peace with humans and exercising his superiority over them.

The absurdly dark side of human civilization has been revealed during this pandemic. The non-believers. The cultists. The racists. The woefully ignorant. The I-value-money-more-than-human-life crowd. The fire-and-brimstone preachers. The conspiracy cranks. They’re all an example of life imitating X-Men art. And it’s a valid reason to feel cynical, pessimistic, misanthropic or all of the above.

When it comes to vaccines, I think of the anti-vaxxers as a bunch of bush leaguers. For every treatment for all my ailments like idiopathic thrombocytopenic purpura (ITP) or aplastic anemia or hemolytic anemia, there’s always collateral damage.

That encephalitis I mentioned earlier? Yeah, well I developed epilepsy from the scarring on my brain. The cure for my ITP – a splenectomy – left me with a lot of gastrointestinal issues that are better left unsaid. And the treatment for aplastic anemia – the Atgam drug – is something I’d wish on my worst enemy to perhaps help them develop empathy.

Fatal reactions to vaccines are rare. But catching COVID, especially during the winter, is as expected as Patrick Stewart playing Professor X in the first movie.

My mom had a saying when I was growing up. When I picked at my food, she’d say in the most deadpan voice, “If I were going to poison you, I wouldn’t make it so obvious.”

I laugh about that often. (And I have used it on my own kids.)

But why do some anti-vaxxers think that a billionaire would use his money to inject us with hyper-expensive tech? They are too busy storming off into space like the Fantastic Four. Bill Gates has spent his money on causes related to global health, development and U.S. education. That’s pretty far removed from nanotechnology.

Still, this pandemic has made me question my self-confidence. It’s also made me more wary. I don’t think I’ll be able to trust anyone until I know their thoughts on the pandemic and mask-wearing. My wife and I have a vetting process for who we’ll spend time with, and it’s clearly those who want to understand my mutation; who want to avoid placing my life in jeopardy.

Every time someone shares their disdain for vaccinations, lockdowns and masks and talks up some half-cocked, poorly researched conspiracy theory they might as well be advocating for the death of a mutant. The death of me. Or the death of a child who hasn’t yet been diagnosed with Common Variable Immunodeficiency.

I don’t intend to have COVID-19 be my Legacy Virus.

My quirky old-time hobby keeps my friends happy and my cupboards full
September 23, 2021 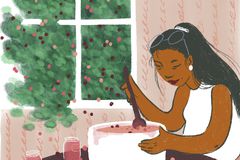 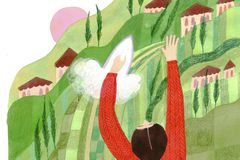 I’m tired of feeling like I have to speak for all Indigenous people
September 21, 2021 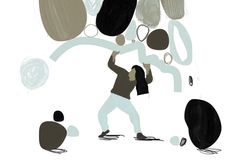