The few times in my life that I have managed to be brave have all followed a pattern. A situation makes me feel depressed and overwhelmed; then I get angry; then I realize that I need to take some form of action. This happened again recently.

In early September, an anti-vax, or as I like to call them a “pro-plague” group, decided to protest at hospitals all over the country. One of these groups blockaded the emergency entrance at Toronto General Hospital. A paramedic arrived during the chaos. In his ambulance was a construction worker with a very serious injury. This paramedic, a 30-year-veteran, told a TV news crew that he had never seen anything like this in his career. It made him want to quit.

This struck me hard on two levels. I am a construction worker. I work as a carpenter in the movie industry. I love my job because I get to build things such as starships and space shuttles. My job is also dangerous. The person in that ambulance could have been me. Also, my mother was a career nurse. I saw day in and day out the toll that this incredibly physically and mentally demanding job had on her. The idea that protesters would make this work even harder made me angry. And I knew it was time to do something.

One of the great influences in my life has been a man named Mendelson Joe. The Toronto artist and singer-songwriter is also a one-person protesting machine. If he thinks something is wrong, he’d make a sign and stand in a public place to get the message out. Mendelson Joe made me realize that one person can make a difference. That’s why, years ago, when a group of Ontario doctors threatened to withhold their services for the first time in the province’s history, I responded by painting a huge protest sign. It read in dripping blood-like writing “Let the Women and Children die, doctors need more money.” I stood outside the College of Physicians and Surgeons and confronted each person who walked in or out.

So when I heard that another countrywide anti-vax hospital protest was about to happen, I knew what I had to do. I needed to protest the protesters by walking among them.

To find out the time and location in Toronto, I visited the group’s website. I was shocked to read one of the posts suggest that protesters arm themselves and invade the hospital, supposedly to expose that COVID-19 is a myth.

I broke down a cardboard box and wrote out a hand drawn sign. On one side I wrote “I know more than the Scietists.” In my haste, I accidentally misspelled “scientist.” I noticed this right away and was just about to redo the sign when I realized that this was subconscious genius on my part. The other side of the sign read: “I demand my right to be Ignarant and Selfish,” just to keep the misspelling consistent

I hopped on my bike and rode to Toronto General Hospital. I usually lock my bike helmet with my bike but decided to keep it on in case things went south.

About 300 anti-vax protesters were on the lawn in front of the hospital. As I approached the crowd a visceral terror ran throughout my body. I was shaking uncontrollably. Yet, within a few moments an absolute calm came over me. I raised my misspelled sign (How long would it take anyone to notice the irony?) and I waded directly into the mob. I was reminded of an old Jewish tale in which a child asked their parent, “Can I be brave when I am afraid?” The parent replies, “Indeed, that is the only time you can be.”

Initially, a lot of the protesters took me at face value and I was able to pass freely amongst them. I believe that my unique sign drew the attention of the media. Many took my picture and I was interviewed by four or five news agencies. By the nature of their questions, I believed the reporters understood I was a counter-protester. Then one protester began following me around and yelling over the journalists. So much for my right to free speech.

I do not have a Twitter account but I had told photographers and journalists to feel free to put me on social media. Some posts went viral: One video clip received 230,000 views in one day. But I was unaware of all this until friends started texting me.

At first, reactions online were negative from those who thought I was anti-vax myself. Fortunately, I had some help from journalists who responded to numerous posts by pointing out that my protest was ironic.

Eventually, the feedback on social media started turning positive. Many people offered to buy me a beer, others said that I was a brave hero. At least two former girlfriends came out of the woodwork.

Walking up to a mob of 300 mostly angry people and calling them ignorant and selfish is not without consequences. I lasted about an hour and a half before several men from the crowd followed me and got right in my face. I began to feel unsafe, so I left.

Looking back, I am surprised at the sheer number of people who took me and my misspelled sign at face value, including many doctors and hospital staff. Many did not pick up on the satire. This makes me realize that my next beef may be with the English and literature teachers. Perhaps science students should have to take one literature course that teaches irony.

When I walked amongst the protesters, I tried to use some techniques that I have learned from psychologists studying the anti-vax position. I tried to find common ground and when I did, a number of protesters engaged me in conversation, some civilly. One said that he did not trust the government. I told him that most of the time I didn’t either. We then had a reasonable talk and I sensed that a lot of anti-vaxers feel they are losing power and control over their bodies and their lives in general. Identifying and sympathizing with this might open doors.

Just because we have a right to our own ideas and opinions does not mean we have to automatically disagree with each other. And just because we have different beliefs does not mean that we cannot be civil to one another. We need to emphasize our similarities, not our differences. Some people assume that I am left-wing because some of my attitudes are “progressive.” But I am not left, I am not right. My new political orientation is forward.

My mutation is no X-Men fantasy but the pandemic could be my Legacy Virus
September 26, 2021 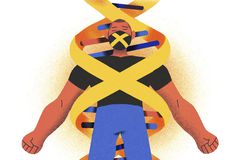 I’ve got a love-hate relationship with my black-walnut tree
September 28, 2021 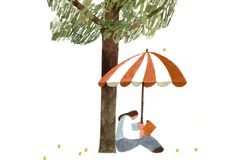 Even after last season, the Leafs still have a hold on me
September 28, 2021