A couple of weeks ago, I was talking with two teenagers in my neighbourhood. They are tall like me, and light brown, not like me. They are joking about how careful they have to be not to scare white women when they walk in the street. I express amazement.

Mona is 16. She says, “This woman looked over her shoulder, saw me behind her and started running, pushing a baby carriage. I was worried she was going to have an accident so I stopped and waited for her to run around the corner.” Jival, 18, laughs, “Yeah, if I’m walking back from the subway in the evening and a white woman is in front of me, I cross the street, so she feels safe.”

How did these neighbours learn to be scared of Mona and Jival? When did these two teenagers learn to navigate white people’s fear of them? Where did their compassion for that fear come from?

I’ve been thinking about these questions a lot lately because the term “white supremacy” is showing up in the news. As white people, we may express horror about white power protests and cross burnings; we may even feel superior that we acknowledge systemic racism, and that we are “definitely not racist.” What’s harder for me is my participation in everyday white supremacy – the myriad ways that “normal” gives me benefits I don’t think about, and puts up barriers to my two teenage friends. And the hundreds of times I haven’t noticed what they are up against.

Right after my conversation with Mona and Jival, I saw a play in Toronto called The Negroes are Congregating, written and directed by Natasha Adiyana Morris. The title has the ironic ring of some people’s worst fears. It suggests defiance against an old slave law prohibiting black people from “congregating.” Three actors play out everyday, anti-black racism. Scenarios such as a white professional worker assumes a black manager is the receptionist; a cop calls for backup when he stops a young black man in his car, and then beats the young man up; and a qualified black man applies for an executive job, which is immediately downgraded to something with less status and pay. At one point the actors stop, look at each other, laugh and say, “Don’t you ever get tired of always having to think about racism? Wouldn’t it be restful not to?”

I feel a wave of sadness at how much everyday racism I still don’t notice.

In the theatre, about one-third of the audience is white. I wonder how difficult it is for these three actors to depict the effects of white behaviour on black people with white people in the room.

This play helps me notice that I am white in a predominantly racialized space that is not unfriendly to me. The cast, director and producer host a round-table discussion after the play. One black man says he wanted to comment aloud about how real the play was to him, and then stopped because he wondered if white people would be annoyed. I think about the impact of my own white body on what is going on.

A white woman sitting at the roundtable says, “I feel awkward; I don’t know how to participate in this conversation respectfully. I want to, but I have no practice.” Racialized people around the table nod with empathy and thank her for her honesty.

I am moved by the generosity here, by the invitation to pull words we have not yet learned from our hearts and offer them as bridges. Couldn’t we also do this in white spaces? Perhaps it’s time to take our discomfort as information and muddle toward some new way of being in relation to one another.

The play and the conversation with Mona and Jival toughen my resolve to stay aware of my whiteness and to use it to narrow the divides we keep creating. Even after years of trying to learn about and challenge racism, I still have the luxury of “not thinking about it.” Many of us are inept and uncomfortable even when we want to disrupt the racism we see. Our fear of making a mistake, of not knowing, of being seen as racist can produce defensiveness. That same fear can make us demand that racialized and Indigenous people soft-pedal racism so that we don’t feel accused. The focus on our fear and not on the racism separates us from what we may value most about our humanity – respect, fairness, speaking up against injustice.

Being white isn’t the problem. It’s our unconscious participation in everyday white supremacy that is the problem. And that’s something we can disrupt so that Mona and Jival don’t have to do all the work. Just start where you are. 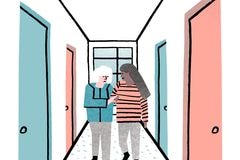 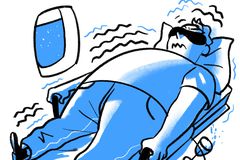 The elephants in the classroom – and the teacher who conquered them
January 4, 2019 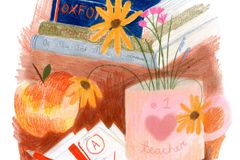