Five years ago, my husband and I bought a five-acre former dairy farm in Gibsons, B.C. It’s a short ferry ride from our Vancouver home, but a world away. As we restore and cultivate the land I feel my stores of well-being are returning, but I think the farm is also working its magic on our son’s growing resilience. Since Dev was 20, he has lived with serious mental illness that led him into a dual affliction with drugs and alcohol. We have been on this journey with him, from crisis to recovery, through conflict, disappointment and many sleepless nights. Just when we thought it couldn’t get any worse for him or us, an unexpected lightness occurred. We found the farm.

Considerable trash on the land was concealed by overgrown blackberries, and the derelict trailer and falling-down shed full of greasy mechanical equipment were just the tip of the iceberg. It has taken a couple of years to clear the land, seed the lawn, make soil from straw, compost and horse manure, build the garden beds, erect a high, deer-proof fence around the vegetable garden, and construct a sturdy tool shed and greenhouse. But we did it, even as other parts of our life had come undone. The farm was holding our family together.

We come over on weekends and holidays, and have been tilling and planting. We’re planting onions and dill in the rose beds, marigolds around the basil and training beans to grow up the stocks of sunflowers. During this time, Dev has been living in another city where he is concentrating on his own restoration process, having completed almost a year of drug and alcohol treatment and attending to his concurrent mental-health condition. The growth and development on the farm seem to be corresponding with his progress.

Before he went to treatment, he joined a group of us gathered at the farm. We planted what permaculturalists call a “guild” in the old apple orchard. The purpose of the guild is to support the health and productivity of trees by grouping other plants, trees, insects and other components around them. We dug a shallow circular trench around the drip line of the less hardy apple trees and then placed in garlic, wildflowers and bone meal, topped with compost and hay, followed by a layer of mulch made of dried branches. It looks messier than conventional gardening, but it keeps the moisture and nutrients in and the garden seems to thrive as a result.

Last spring, I experimented with the German technique of huegelkultur, digging large branches of trees, pieces of wood and other garden waste into the base of garden beds to wick up the water and hold the moisture. The soil fills in and over the wood and plants go on top. One day while weeding the zucchini, I accidentally exposed a chunk of wood, forgot that the huegelkultur was there, and I attempted to wrestle it out of the ground before I realized what it was. My huegelkultur wrestling match was a gentle reminder that the compulsion to act needs to be balanced with mindful practice, and that there is more happening under the surface than we’re aware of.

We also learned how to depend on others.

Doug, our excavator, is a bear of a man over six feet tall and well over a muscled 250 pounds, with hands like lamb roasts and the strength of a bear. We watched in awe as he pulled our old bathtub out of the farmhouse floor alone when three of us had failed to shift it a smidgen.

When I first met Doug, I was immediately impressed by his knowledge and confidence coupled with his fleet of excavation machines. Day after day, he hauled the parts of an old trailer off the property until all that was left was a deep impression on the ground. But when he claimed the septic tank need only be cleared every 20 years, it wasn’t hard for him to see my skepticism, admittedly based on no experience flavoured with a lack of confidence in country ways. He appeared suspicious of me, too, and my urban, tree-hugging tendencies.

I didn’t like what I thought was his cavalier attitude toward my wild cherry trees: “Take ‘em all down.” And as for my ancient apple trees, he practically growled when he said, “Most of them are no good.” I saw the glee in his eye when we called in a professional arborist who told us that some of the apples were beyond redemption and several of the wild cherries should come down. Doug immediately jumped on his backhoe and took them out.

Yes, we initially looked at each other with wary eyes, and held narrow assumptions about each other. But the land needed clearing and grading, and he worked steadily and helped me whenever I asked. Asking for help is a principle in the recovery community as well, a lesson my son is learning. It truly does take a village to restore a farm and to rebuild a life.

I catch myself bent over the garden these days, happily digging and clipping. At times, there are tears. I wonder if there was ever a notable point that I decided I wanted to be a farmer. The compulsion to reclaim this land has grown in me and I am frustrated if I can’t make it to the farm every week. I have seen this drive toward restoration in my son as well. It’s not a direct pathway, but it is a movement toward growth. He has found his own kind of guild where he lives that keeps him feeling supported and healthy. When he comes to the farm, no doubt he’ll want to see how the orchard is doing and notice how much has been restored.

Owning a farm was never a plan we had, but it came to us at a time when our family needed a meaningful project. Clearing the land calms my worried thoughts about Dev and the suffering of too many others with mental-health issues and addictions. When my hands are in the dirt I remember that yes, intervention is necessary, and so is allowing nature to take its course. Digging is an act of faith, hope and anticipation of what will appear next.

The melancholy of fall makes me think of Dad
October 10, 2021 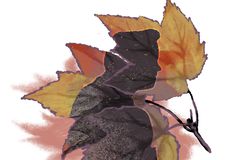 Waiting rooms can foster connections with strangers if you open your heart
October 7, 2021 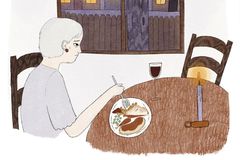 My first experience talking to a COVID-19 conspiracy theorist
October 5, 2021 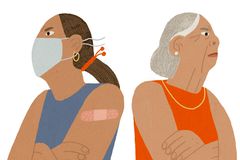