I bought my first car in 2001, when I was 24 years old. At that point, I’d put together a rather impressive driving résumé consisting of four accidents, three flat tires and multiple tow-truck calls, including one time when I drove my parents’ Chevrolet Lumina all the way down a boardwalk at night, thinking it was a street, and got the car stuck on the beach after careening off the end of the wooden planks. I distinctly remember telling my friend, who was holding the dashboard with both hands and soiling himself, that the city really needed to step up their road paving game just before the front bumper knocked the turrets off a sand castle.

This meant that by the time I started looking for my own wheels (under the forceful encouragement of my dad, who was tired of me bringing his car home with the headlights hanging out), my monthly insurance was roughly the same as the mortgage payments on an 8,000 square foot Victorian mansion in West Vancouver with zero down. I had no money, so this was a massive constraint on the type of car I could buy. Pushing against this limitation was the fact that I had just seen the first Fast and Furious movie and truly believed I needed something that would win drag races and had lots of external fluorescent lighting.

But I digress. The real point of this is that, when I went to buy the car, I couldn’t get a car loan. Not because of my irresponsible driving. Or my lack of money. Or the fact that I had just gotten a haircut like Liam Gallagher without appreciating that unkempt bowl cuts are hard to pull off outside of Manchester. I couldn’t get a loan because I’d never had a credit card, so had no credit history. Not bad history – just none.

I found the entire conversation at the dealership to be intensely surreal. Essentially, because I had never accumulated consumer debt, I was considered by every lender to be a credit risk. I didn’t understand why the more likely prediction couldn’t be that I would take out the loan and pay it back as quickly as possible because I preferred not to have debt (those days, just to be clear, are long gone).

My dreams of racing $2,000 rusted Honda Civics with $30,000 worth of after-market parts crushed, I was advised to get a credit card, use it and come back when I’d earned a credit score. So I went to my bank and reluctantly got a card. Three days after my very first purchase on it – roughly $52 of groceries – my bank sent me a letter confirming that I was now eligible for car loans, mortgages, a line of credit and an increase on my Visa limit of approximately 10 times what I’d ever be able to pay back, barring getting worked over by Warren Buffett in a bar fight and settling out of court.

The whole premise of the credit thing enraged me. I would have much rather been told the truth, that credit is a nightclub and you need to pay cover. You’re free to not come in, but those are the rules of entry. That’s totally understandable. But don’t pretend that somehow my paying off a $52 bill comprised of three varieties of Doritos, cans of chicken noodle soup, six taco kits and a package of two-day old croissants (enjoy them tonight!) demonstrates a high level of trustworthiness.

I remember thinking, after all the paperwork was done, that in a little more than two weeks I’d gotten a credit card, a car and a credit score. I was an adult. I was a productive member of society. I had integrated into the Canadian financial system. Most importantly, though, I was grateful that I would never again have to go through such an illogical gate-keeping process.

But I was wrong.

“We really enjoyed your voice, the strength of the characters and the overall narrative arc.” I’m on the phone with a mid-level editor from a mid-sized literary magazine in the United States. I’m a fiction writer who lives in Ottawa, which means I work for the federal government. I always wonder if I were to organize a poetry slam one day in the lunchroom, would three hundred people show up, all wearing cardigans and their security badges clipped to their belts, saying hey, are you a writer, too?

“Thank you,” I say. I’m freaking out. The normal process is that I send a short story somewhere, usually the New Yorker because that’s what everybody does, and several months later I get an e-mail back that responds something along the lines of: “Your story was so beautiful and so well-written that half of our editorial staff wept all afternoon and then quit, knowing that for the rest of their lives, nothing would ever be as touching. Unfortunately, it’s just not for us.” But this time I’ve received a surprise call. My forehead is sweaty and my hands are shaking so much I’m worried I’m going to drop the phone. I’m sitting in one of the quiet rooms on my floor at work, staring at the undecorated beige wall, telling myself to stay calm. If they publish my story, it will be a huge break, after decades of attempts, but I don’t want to let on how desperate I am.

“Yes, yes. It’s a wonderful piece. It would be perfect for our ‘apocalypse’ theme issue in the spring.” My story is about a young married couple who, while on their honeymoon in Turks and Caicos, come across a stray dog that begins following them around. I have no idea how what I wrote relates to the apocalypse, but don’t dare bring it up.

“I just have one question,” she continues.

I think of everything she could possibly ask me. Where did I get the idea? What is my arts background? Where else has my work appeared? Can I please confirm the story hasn’t been published elsewhere? Would I be open to edits? Do I have any questions about the million dollar contract I’m obviously going to sign?

“I don’t see you on social media anywhere. Could you please tell me how many followers you have? Just Instagram and Twitter are fine for now.”

“Oh, well, I’m not really on social media, to be honest. I don’t have an Instagram account. I think I have maybe, um, 15 followers or so on Twitter.”

"More or less. I'd have to check. I can do it now if you don't mind waiting for just a second."

"No. No, that's okay. Upon further review, I'm not sure the story is right for us after all."

“Upon further review? But you just said it’s wond –”

“Do you think you could get up to at least 400 followers by the end of the month?” 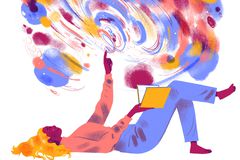 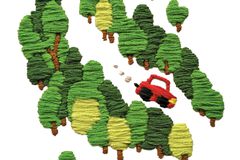 Fork in the road: heading back for the path not taken
December 31, 2019 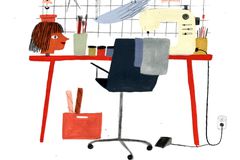