A person with severe mental illness is considered the ultimate unreliable narrator.

She tells you a story about a horrible thing that happened to her, and you ask:

“Yes, but did this actually happen? Are you sure you remember correctly?” “Yes, but what did you do to provoke this?” ”Yes, but were you not a threat to other people?“ ”Yes, but you were sick, you deserved this treatment.”

In June of 2008, I graduated as valedictorian of a well-known Toronto private school. I was ambitious, highly motivated and excited for my future.

A year later, I would be experiencing my first episode of psychosis, admitted into St. Michael’s Hospital Emergency Room. I would spend the next four years going in and out of psychiatric wards in states of serious mania and psychosis.

The thing you have to remember about a person experiencing psychosis is that they do not interpret their surroundings in a normal way: in my episodes during these years, all things and people around me became metaphors. Police officers or paramedics or hospital security guards were not just people to me: they represented force, harm and danger.

At those times in my life I was suffering from an undiagnosed eating disorder, purposefully starving myself. During my hospitalizations, I was very weak and underweight. I was never a violent patient: a little stubborn and eccentric, maybe, but mostly just terrified, not in any kind of position to do anyone any harm. So when the men in uniform grabbed me, or slammed me against a wall, wrestling me to the floor, in my delusional state, they were not just hurting me, they were killing me. I screamed out for my brother to come save me. It was not just a little jostling: in those moments, it felt very much like my life was coming to an end.

When it comes to violence by authority figures, public conversation in this moment in time is revolving specifically around wellness checks by police. But in my mind, speaking from my experiences, this is just the tip of the iceberg. We have seen video footage of the bottom of the Mariana Trench and the surface of Mars, but the general public is totally unaware of what goes on inside the locked doors of Toronto psych wards: news cameras are not allowed on these floors, and patients are not allowed to record on their phones. As a result, the general public does not see how much violence is done against psych ward patients.

In my day-to-day experience, I haven’t met any activists talking about violence against the mentally ill, because most people experiencing psychosis-related violence are not in a position to speak up. Many of them are mentally unable to advocate for themselves, and many of them live with too much shame to share their story: after all, who wants to broadcast to the world that their mental illness was so bad the cops had to do a wellness check? Who wants to broadcast to the world that they spent time in a psych ward?

Instead, if we are lucky enough to have caring family around us, we hide out in their spare bedrooms, unemployed, stewing in our shame, carrying not only the trauma of our illness but then also the trauma inflicted on us by authorities during our hospitalizations. Some become homeless. Some take their own life.

My story is unusual: I come from a privileged white family, was able to complete my education, and was trained from a very young age to transform all my trauma and emotional energy into art. Since my last hospitalization for mania in 2012, I have gone on to a successful career as a film director, and am well-supported by my community. I currently live a mentally stable life, enjoy the company of many wonderful friends, and look forward to continuing my journey as a filmmaker and storyteller until I am a very, very old woman.

Regis Korchinski-Paquet will never have these opportunities. Nor will Chantel Moore, nor will Ejaz Choudry. I can picture the scenes of their wellness checks: their fear of authorities maybe amplified by their experiences as people of colour. People experiencing mental illness may demonstrate erratic behaviour; they may move suddenly, they may shout. But I can tell you that they are often full of terror, scared of pain and scared of dying. The image of a police officer – often a big white man with a gun – is interpreted as a threat, an agent of death, an oppressor.

The police officers I encountered in all my various hospitalizations never shot me. They never even pulled out a gun. They may occasionally pull a gun when encountering white people in crisis, but it appears from the statistics that they are much more likely to pull a gun if a person in crisis is not white. Those who do not speak English as a first language are also at a significant disadvantage. I may well have been just as sick as each of these three people I mentioned above at the times of my wellness check, but here I am today, alive, typing out an essay.

Echoing CAMH’s statement as reported June 23, the best person to help a person in crisis, a person like my 18-year-old self or like Regis Korchinski-Paquet or Chantel Moore or Ejaz Choudry, is someone who has had proper training in crisis care. That could be a nurse, a social worker, or a specialized de-escalation team who can use non-violent tactics when caring for the patient. Translators are sometimes needed. Police officers are not trained properly for these kinds of emergencies, and they are not the right people to respond to these calls.

Not all people living with mental illness know the history of their community. Throughout history, members of the community of people living with mental illness have been murdered, tortured, discriminated against. Black and Indigenous communities and those whose first language is not English have been disproportionately affected, and members of their communities continue to be killed because of their illness.

It would be great if we could move beyond the one day each year of corporate-sponsored mental health conversations and start more focused, year-long conversations about the reality of being sick, and each person’s right to safety and wellness, even in the thick of a serious episode. 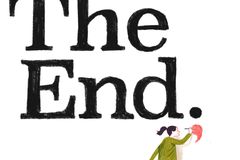 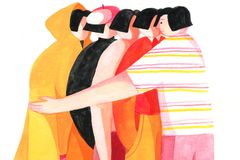 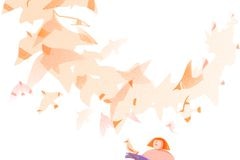