For the past 25 years I’ve spent the summer on the shores of Lake Massawippi in Quebec. I’d always arrive on June 30, and the next morning, head out on a 12-kilometre hike. I’d take the back roads, with the hills of the Eastern Townships spreading out before me, and walk past hay fields, barns full of Holsteins and acres of Christmas trees. If I left early enough, I’d arrive in the town of Hatley to hear O Canada over the loudspeakers and watch the Canada Day parade: floats, bagpipers, fire trucks, farm horses and the occasional goat.

But this year I couldn’t cross the border.

COVID-19 is keeping me and millions of other U.S. citizens away from Canada. That’s a good thing. I live near New York. Canadians don’t want our microbes. I don’t want to give my microbes to Canadians. I think that the border closure makes total sense. But that doesn’t mean that I’m happy.

I’m what they call a wannabe. I wannabe a Canadian. I’ve always wanted to be a Canadian. Some of my compatriots don’t understand why. They think Canada has no cachet. And funny policemen. And too many trees.

But Canada, for me, is just a really good place to be.

“You idealize us,” say one of my Canadian friends, Sooky, who lives in Ottawa and seems quintessentially Anglo-Canadian.

Sooky’s patriotic, in that low-keyed Canadian way, and she’s self-effacing. I think she may have once received a medal from the Queen, or whoever gives out medals, for volunteering.

“We Canadians are not really anything special,” she says, with a humble look on her face that nevertheless tells me that she wouldn’t trade her little blue passport with the St. Edward’s crown for any other in the world.

Maybe Sooky is right. Maybe there’s nothing special about Canada. But I find the lack of self-promotion very relaxing. Coming to Canada is like vacationing at the home of an old-friend.

When I’m in Canada, I don’t have to be, well, self-conscious. Canadians are almost like me, I’m almost like a Canadian. And yet it’s the subtle differences which soothe my spirit.

I love the Canadian vibe, so subtle you might miss it. From my perspective, Canadians are more physically reserved, more self-effacing, more hygienic and neater in appearance than Americans. If I wander into a drug store and look around, I know immediately that I’m not in the U.S. There are no flashy characters. No one looks like they’re dressed for Halloween in the middle of July. No one is talking in a loud voice.

The cashier greets me. A decent “Hello” or a “Bonjour,” or sometimes both, at least in the Eastern Townships. The fact that I am actually greeted tells me that I am in another part of the world. Friendly. Familiar. Foreign and near.

Yes, the drug store may look just like a drug store in the U.S., with the same endless band-aids and liquid soaps lining the shelves, but human interactions take place with way more respect. No one cuts ahead of me, no one complains because the line is slow. No one seems to be in a particular hurry. Maybe they are in a hurry, but they don’t show it.

And the laid-backness is contagious. I take my time in Canada because other people do. I’m no longer in a place where a New York minute is not fast enough.

Another relaxing thing about coming to Canada is the lack of one-upmanship. I never feel as if Canada is trying to show itself off. Canada is plenty gorgeous. Stunningly gorgeous in some places, from the Bay of Fundy to Banff. But no one is holding up an applause sign. No one is waiting for me to say, “Wow!”

Canadians must know their Rockies are more breathtaking than the American ones, and that the inlets and bays of the Maritimes are way more beautiful than the coast of Maine, but Canadians never do a striptease for their tourists. They let us uncover the marvels at our own pace.

It seems to me that Canadians don’t dwell on comparisons. Or if they do, they’re discreet about it. When I go to Italy, for instance, I’m always aware of the gap between me and Florentine women. How they wear elegant little leather pumps just to go to the fishmonger’s, while I clump about in a pair of New Balance, extra wide. That doesn’t happen to me in Canada. I can clump around in whatever I want and Canadians aren’t paying the slightest bit of attention. They are a model of discretion. They know when to stare and when not to stare. Sometimes on the streets of Montreal, the women are amazingly chic. But they don’t rub it in. The only time a Canadian has commented on my appearance was when I was wearing a bike helmet backward on a bike trail at Lac des Nations in Sherbrooke, Que. A kind man pedalled up to me and simply said, “Le casque est à l’envers,” gesturing at my head. “You might want to turn that thing around.”

Being in Canada makes me feel as if I am visiting a family that is comfortable in its own skin. Some families are like that. They don’t have to prove anything. They don’t have to impress you. They treat each other pretty nicely and they treat you pretty nicely, too. But they don’t fawn over you. They put a shirt on for dinner, but if you don’t wear one, they just look away. They might play bridge or boules after dinner, but if you’re not in the mood, that’s okay. À chacun son goût. And most of all, they’re happy to be Baxters or Michauds, Duntons or Pirellis, Wongs or Banerjees.

I think Canadians are genuinely grateful to be Canadians. They should be. Sure, there are social and political problems, but I think most people feel fortunate to live in the True North.

Maybe that’s true. But I know what being in Canada feels like to me, as an outsider.

And I feel it acutely this year, when I am deprived of my Canadian fix.

If all goes well, I’ll be back next summer. I hope to stand on the village green in Hatley and sing O Canada with the real Canadians. I won’t sing at the top of my lungs, because that would be déclassé and very un-Canadian, but I’ll sing with all my glowing heart.

My grandfather figured out how to get back a little of what he lost in the Internment
September 21, 2020 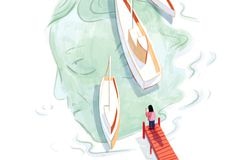 I’ve learned to live with my severe eczema, so please stop staring
September 18, 2020 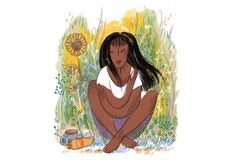 Growing up Black in white Ottawa: racism, once subtle, is now in your face
September 19, 2020 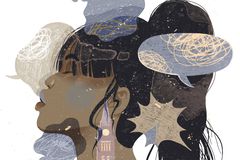