My Korean mother-in-law moved in the same day my wife, Sun, and I brought home our first baby. In the middle of the first night, I woke up to a strange buzzing sound. Leaning over the side of the bed, I saw her crouched over Sun, reefing on one of her breasts hand over hand. A farm machine-looking thing hummed between them. Beads of sweat glistened on my mother-in-law’s forehead.

Her presence in our home would create many memorable moments, but none would burn into my mind like the image of her milking my wife. I filed it away as deep as I could, down with the memory of our son as he entered the world, blowing out a region I had promised myself to until death do us part. It had been a weird couple of days.

My poor wife had been through a lot. Her body, which had demanded she have children, ended up having to bear the heaviest burden in doing so. Still, it showed surprising resilience, bouncing right back from the shocking experiences it had put itself through. My own was showing less resolve under far more forgiving circumstances. Her mom was determined to do everything she could to ensure her daughter was correctly attended to as she recovered and wasn’t the type to let things get in her way, especially not her son-in-law, a foreigner who lacked the basic ability even to give birth.

I had expected it to be hard for Sun to have her mom around all the time, but it wasn’t; they both loved it. It was only hard for me. But as the person who had contributed the least to the baby-making process and that many months prior, I felt I should just try to help out as much as I could and keep my mouth shut.

That proved difficult almost immediately. Even though I knew the laundry probably could have been folded right after it was finished rather than a week or two later. Or that the higher shelves maybe needed dusting more often than they were, which was never.

With each new chore I attempted or neglected, my mother-in-law carefully laid out my mistakes and their potential consequences as if she were talking to a small child or a full-size idiot. The fact she was right every time somehow didn’t make hearing it any easier.

I started to get self-conscious about my eating habits. In Korean cuisine, you would never eat just one dish by itself; to do so would be ridiculous and embarrassing. You always need several side dishes to complete even the simplest of meals. My wife’s mom would watch me sadly as I ate a bowl of pasta, racking her brain for things to give me to add to the side, offering kimchi, seaweed, pickles. Turned out, she was right about the pickles – it was infuriating.

She had a strict no-dishwasher policy. In her view, a dishwasher’s only acceptable use was as a rack for drying dishes that have been properly cleaned by hand. If I was quick, I could sneak into the kitchen when she wasn’t looking and quietly slip some dirty ones in, but I never managed to fill the thing up. She would always take them out and wash them before I could run it.

She put the dedication of an elite athlete into keeping house. She woke up earlier than everyone else and stayed moving for longer. She cleaned the floors twice a day and kept a rag on the ground in case she needed to drop into a squat and do a little touch-up work between moppings.

Breakfast was always ready when you got up. It was always nutritious, delicious and almost always had one thing in it based around a kelp and anchovy broth. Sun loved waking up to the smell of boiling anchovies, to her it was one of warmth and home. To me it was of hot compost.

Her mom ended up taking over everything. She felt any flimsy stabs I had made at demonstrating men can and should pitch in around the house had proven the opposite on both counts. I still sometimes acted out trying to help when she started a new task but quickly gave in to her refusals of assistance. The place had never looked better.

Eventually, my worst fears were realized and she started to rub off on her daughter. The stream of advice aimed my way flooded its banks. Sun and I thought we had worked through all our cultural differences but it turned out that dating and marriage was only the first phase. The baby brought a whole new level of misunderstanding.

Each of us was certain the way we had been raised was correct. I wanted the boy to be independent and tough – she wanted him to be kind and happy. I knew from personal experience that the things she wanted would be hard to achieve if we focused on the things I did. Her mom sided with her, if you can believe it. In the end, they won me over, maybe because they were right or maybe because there were always two people talking at the same time.

And I remembered that one of my main reasons for marrying Sun was to make sure if I ever had kids, they would grow up to be like her. I also recognized her mom’s starring role in creating her. As a show of good faith, I started washing the occasional dish by hand instead of trying to hide it in the dishwasher.

My mom-in-law and I arrived at an understanding. We realized we were on the same team and working toward the same goals and would be for some time. As part of the understanding, she moved back to her place sooner than previously planned. 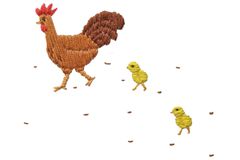 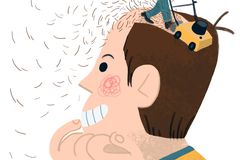 My life-long love affair with the Royal Ontario Museum
September 11, 2019 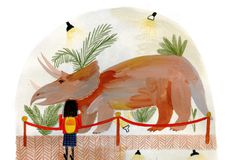