The year I turned 30, my friend Erin and I decided to hike Newfoundland’s East Coast Trail – 215 kilometres between Cappahayden and St. John’s. We’d been dazzled by reading Wild, Cheryl Strayed’s memoir of her 1,100-mile solo hike on the Pacific Crest Trail.

Neither of us had backpacked longer than three days and now we were in for 13, but we were excited: Nature! Strength! Perseverance! Character! Our hike would give me all of those things in cruel abundance but there was one take home I didn’t anticipate: proof of the astonishing kindness of strangers.

As a shy girl schooled in the perils of stranger danger, I’m not one to open up to people I don’t know. In the city, I don’t chit-chat with my seatmate on the subway or in a grocery line, and I certainly don’t ask for help unless I’m desperate. But on this hike I had to learn new ways to cope.

Over our first two days we covered less than 30 km, most of it in the rain. What had been a gentle mist when we started evolved into a driving downpour by the second day. Nothing dried overnight, everything was sodden. The trails were rugged, with muddy patches so deep that stepping in the wrong place meant mud to mid-calf, which is to say over and into your boots. We squelched with every step.

The East Coast Trail isn’t one uninterrupted wilderness trek but a series of trails stitched between villages down the province’s east side. You end up pounding a considerable amount of pavement, too. On our second day, as we emerged from one trail looking like cats left in the rain, a woman and her parents making their way from car to house caught sight of us and took pity. “Would you,” said one of them, “like to come in for a cup of tea?”

A brief respite from the rain, a warm beverage not heated over our wobbly camp stove, chairs to sit on – it was too good to pass up. We hurried to the cottage, where we stripped off as much soaking, muddy gear as possible, so as not to totally defile their lovely home. As the kettle boiled, we talked about the hike, where we were from and learned more about our rescuers – Jenny, a woman originally from Ontario, and her parents, who’d come to visit. The offer of tea turned into an offer of a shower. The hot shower turned into an offer of a hearty brunch: bacon, eggs, coffee and so many things that were not a part of our daily diet of instant oatmeal, peanut butter and jelly sandwiches and dried noodles. I remember that brunch as merry, with great conversation about canoe trips and other outdoor adventures, about being a come-from-away in Newfoundland. My memories of that lunch are saturated with a kind of warm, golden-hour glow, though it would have only been early afternoon.

After brunch, rocks were heated in the oven to dry out our boots and our sodden clothes got a warm tumble in the dryer. But the rain still sheeted down. Soon enough, it was happy hour: Jenny made gin and tonics, and we lounged on couches, listening to the CBC, flipping through books and making casual conversation. I have been in less relaxed environments with people I have known for years.

When the rain did not relent and calls to the woman in town who rented a spare room went unanswered, we were encouraged to stay. “Surely you can’t go back out in that and camp,” they said, “you’ll be soaked again in no time.” And so Erin and I enjoyed a beautiful dinner, too, with food from the local market and more good conversation, and then we retired to twin beds. That night I had no nightmares of our tent being blown off a cliff. That night I slept soundly.

The next morning Jenny made us breakfast, packed us plums and vegan, power oatmeal for the road, and drove us through town to the next trailhead. We said a fond goodbye and tackled the next 23 km of hilly terrain with new energy – it was one of our most challenging segments of the trip. As we hiked through evergreens so thick we couldn’t see the trail at our feet, we rehashed details of the day before, trying to hang onto our good fortune just a little longer.

We’d encounter more generosity on the trip: A family let us camp in their field and use their showers. A taciturn octogenarian drove us to his house for badly needed water and eventually opened up about how Newfoundland had changed since Confederation. Another woman gave us a welcome lift between trailheads. (At home in Ontario, I’d never dream of hitchhiking but here I welcomed the rides.) At the trail’s end we met Bob Angel (his real name!), who took our triumphant photo and drove us the few kilometres back to St. John’s, which would have been an unwelcome (and anti-climactic) bonus hike.

Back in civilization, we sent Jenny a text telling her we’d made it – and that maybe we’d made it because of her. The hardest hiking days had been the handful after we’d met her: when the trails were in the worst shape and so were we, and when the finish line was unfathomably far off. What if we’d not had a chance to rest, to dry out, to refuel with real food? What if we hadn’t been reminded of human kindness and generosity?

We’d wanted to immerse ourselves in nature, and when the fog of exhaustion and discomfort occasionally cleared (and the actual fog, too), we savoured it. But of all the sights of the trip, I remember that warm glow inside Jenny’s cottage as by far the most beautiful.

I knew that the trip would change me: I’d get stronger and tougher, and I’d have new faith in myself. But I didn’t expect this trek to teach me about trust, about kindness, about generosity. To help me break down that hard city-bred barrier of distrust toward strangers. Turns out I needed to travel to a remote place to remind me of the beauty of human connection.

In Newfoundland, random acts of kindness are an epidemic
January 16, 2018 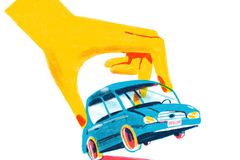