“Do you remember any of them, Dad?”

He is sitting in his basement, surrounded by memories and his mind is heading back toward them, maybe toward you. He has unearthed a homeroom picture of 10c. Maybe you’re in that picture.

He is whip thin, dressed in a suit, standing at attention like the captain he was. You, perhaps, are sitting in the front row, or maybe standing in the back. You are dressed for your class picture. If you’re one of the girls, you have your best dress on and if you’re one of the boys, you may be wearing a blazer, or you may have borrowed your Dad’s bow tie. You are all smiling and the girls have their hands clasped in their laps, their ankles crossed. The boys are tall in the back row, they have their shoulders pulled back, looking like they are trying to imitate him.

“Do you remember any of them, Dad?” I ask again.

He is 90, sitting in his chair, pressure socks pulled up to his knees. He takes his glasses off to get a good look at you and your classmates. Holds the picture close to his eyes but the closer he gets, the more pixelated you become. He puts your picture back down, blinks.

It was 1958 and you may have been in homeroom 10c. He taught you English. You and your classmates look very similar. He looks up from the picture. “No. No, I can’t say I remember any of them. Everyone started in September and ended in June. They did that for five years. There was a consistency, a stability that allowed me to teach. Does that exist any more?"

I shrug. No, things have changed a great deal since then.

He is trying to remember your names; he runs his fingers across your faces. Maybe you will swim up from the years, through his fingers. He puts the picture down and looks at me. I know he is thinking back to you and thinking about the lessons that have been remembered, and those that have been lost; those lessons that were never really absorbed and maybe not really important.

It is not lessons of grammar or of literature that he thinks of now. I am willing to bet you are not thinking of those lessons either. He is thinking of other lessons. The ones that matter.

He starts with his memories of coaching football. He remembers a small kid lining up for tackling drills and who’d punish players with ferocious hits. Maybe it was you? Did he take you aside and ask you your name? Ask you why you hit with such fury in practice? You told him that these boys had bullied you for taking piano lessons and you wanted each one of them to feel some pain. Your mother called him after you made the team. Did you know that? Your mother called him, worried that you would jeopardize your career as a pianist. He told her that he was worried you might kill the other boys.

Or maybe you were the boy who asked to be excused from practice to attend his sister’s birthday party. You raised your hand, naively so, and asked in front of everyone. You were laughed at and derided by the other players. He sent you to pick up some equipment and when you were out of earshot, he turned on those boys. “How dare you.” he said. “You don’t know what that boy has endured. You don’t know what his family is enduring. Don’t let me ever hear you laugh at a young man who places his family first.” He knew, a sister (your sister?) was dying.

The picture is in his lap now and he wants to talk and remember other things. Remember the presentation on The Bridge on the River Kwai? I’ve heard the story for years. The group built a model of the bridge and to end their presentation blew the Popsicle stick model up with firecrackers hidden underneath. He couldn’t discipline you, The class filled with smoke and students in the front row (maybe you were in the front row?) were covered with shards of Popsicle stick in their hair. Every time he went to discipline you, (was it you?) he couldn’t stop laughing. He’s laughing hard now. Laughing so hard, your picture falls out of his lap.

The bridge only blows up in the movie. Not the book.

He’s laughing and tears are coming. “Maybe this was the class that held the door against me?” Was it? You might know. “They had the largest boy in the class hold the door so I couldn’t get in. I could see through the window all of them laughing at it.” His shoulders are shaking now. “I got there early the next day and bribed the big kid with candy to hold the door against them.” Tears roll down his face. “That was such fun,” he says. “I actually had that group banging on the door to get educated.” Now I’m laughing.

Do you remember that? Were you the kid? Maybe you weren’t that kid but you were in, are in, classrooms just like that. You’ve been taught, have taught or will teach, lessons that will be remembered forever and lessons that will be forgotten by lunch. Sixty years on, he remembers lessons of loyalty and kindness and laughter and determination. Interesting that he has no time to remember expectations and grades and lesson objectives.

We would do well, on the eve of another school year, to think about the lessons that will be remembered.

My grandfathers' epic and amusing return to high school
August 31, 2018

Why everyone should write their own obituary
August 30, 2018 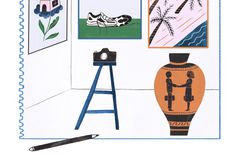 I’ve spent a lifetime trying to find a better way to deal with loss
August 29, 2018 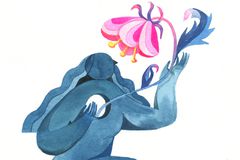