Like most Canadians, I rushed the spring season. No, I haven’t been out walking in shorts or shooting hoops; I have barbecued three times – twice in February, when the thermometer hit 15 C, and once in March, when, having already set this precedent and being faced with a yummy steak to cook, I braved the again frigid temps to fire it up. (My track record with cooking meat on my kitchen stove is less than stellar. More often that not, I trigger my smoke alarm and disturb the entire block with its screeching. I always think: “No need for the fan, it’ll be fine.” The joke’s on me.)

I have, for at least a year, been considering getting a new barbecue. If I’m being honest, I should admit that my grown children fear for my life and/or safety whenever I tell them I’ve fired up “Ol’ Smokey.” And my age really has nothing to do with it – I’ve always been a bit scattered, to put it kindly. I am not known for my housekeeping skills – in the sense that I’m terrible at changing filters and batteries, keeping drains unclogged and maintaining equipment to prevent its breakdown, premature old age or demise.

Ol’ Smokey is rusty in places. The metal plates that cover the gas jets are mottled with holes and so sketchy that, whenever I remove them to light the gas, they threaten to crumple in my hands. (Yes, the automatic starter gave up the ghost years back, as did my subsequent hand starter, so now I’m reduced to moving the grills off and lifting the metal plates, turning on the gas, throwing a match in the general direction and hoping for ignition. … Houston, I have a big problem!)

Another embarrassing issue is that when I first light up the barbecue in the spring, I find, upon lifting the lid, a pile of half-eaten sunflower seeds and possibly the pleading eyes of a tiny deer mouse staring up at me from what was his winter nest. After my shrieks, I calm down and realize my predicament: I could have charred mouse for dinner, not steak. I love animals, but I want my delicious steak.

I usually try to shoo the tiny creature away – to return to the outside through one of the holes through which he entered the barbecue. But once, to my everlasting shame, I made the decision to go ahead and light up – hoping he’d move. I’ll probably reside in hell for that one. But mice are not stupid and he made a hasty exit, clearing my conscience ever so slightly.

The next issue was: If he’s been living in the barbecue over the winter, there’s a pretty solid chance he’s taken the occasional romp (for exercise) over the actual grills – thus depositing nasty germs. I solved this problem by cleaning the grills as best I could and then cooking the meat atop a wire baker’s rack for cake cooling – elevating the food above the cooties.

But this year, even I recognized that Ol’ Smokey was way past his “best by” date. I was afraid for my health and safety. As chance would have it, the weekend flyers included a barbecue sale at the local home-improvement store. A new barbecue certainly qualified as home improvement in my case. I hurried to the store.

I trolled the barbecue section, trying to identify the unit on sale, but I couldn’t find it. With the appearance of a helpful clerk, my luck changed. By the time the deal was concluded, I felt we were fast friends. I tend to the gregarious and start up lengthy conversations with anyone – dog walkers, people in stores, others in the supermarket line. I view this as being friendly. My children roll their eyes and think I should tone it down.

The young man heard it all: about my old cooker that was ready for the trash; my rodent problem – which led to a discussion of why the mouse was in my barbecue in the first place (it’s adjacent to bird feeders that provide an abundant food source). I had to acknowledge my housekeeping deficits and cooking ineptitude. He had the good grace to laugh at my confessions.

I narrowed my purchase to three possibilities. As I dithered, another couple appeared. But these people had been smart – researching Consumer Reports. I should have, but since I might sell my home soon, longevity doesn’t matter. It simply has to do the job for a limited time and look good on the deck when the For Sale sign goes up.

They whispered to me: “This one doesn’t heat up well. This one, however, gets the best rating.“

I squealed delightedly; they made my choice so much easier.

And I couldn’t resist sharing their helpful insight with the sales clerk. I figured, now that we were besties, he should have this information at his disposal when selling barbecues. Just trying to be helpful …

My new appliance is being delivered this week – assembled! That, of course, was a key requirement. Nobody in my family (or the neighbourhood) trusts me to put together a gas barbecue on my own, even if I could lift it, which I can’t.

I have warned my neighbours that I will be firing up New Smokey soon. They are waiting, fingers crossed.

After 30 years of bias, I finally fell in love with motorcycles

I want the genteel friendships my grandmother curated

How can I parent mindfully when I get so tired of being a parent?
March 25, 2019 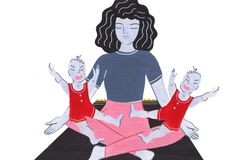 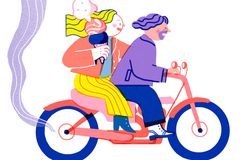 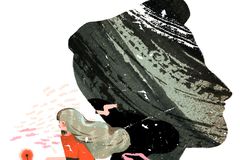