Chef Francis Mallmann has either irrevocably screwed up my life or saved me.

I watched him follow his dreams. From the far corners of Patagonia in Argentina, to the throws of culinary excellence in France. I watched him cook with raging open fires and smouldering deep pits. He is so sure, so lost in his food, I can smell the char, feel the cool air and taste the blackened potato. I listened to him read Robert Service by fire light and felt as if that glass of red wine he was pouring was for me. I was at church and he was my preacher. I drooled with envy as he described being on a plane every two days because he craves change, new places and new language to inspire him. I understand what he is saying. Keep moving. Keep growing. Mallmann, born in Argentina in 1956 – a chef with restaurants in Argentina, Uruguay, United States, Chile and of course, France.

I’m not a foodie and I’ve never been to Argentina. I’ve never even met Mallmann and probably wouldn’t like him if I did. He is at times a wretched, self-absorbed romantic, but he reeled me in with his simple wisdom and authenticity. I am leaving my job because of him. As the uncertainty ensues, I want to both thank him and kick him in his frying pan.

A friend of mine, a foodie, asked me whether I had seen the TV series Chef’s Table. Of course I hadn’t because I’m not that into food. I like it. I eat it. I often look on Pinterest to try to make it, but I don’t think about it or feverishly plan the next encounter unless I’m hungry. Much like my feelings about food, I have had similar feelings about my life.

I do get hungry for adventure sometimes though. I just forgot that part. Enter Mallmann.

I was mesmerized by his episode of Chef’s Table. I mean really mesmerized. He makes choices, he does not plan. When he was young, he looked for mentors and experiences, not books or paths. He honoured his roots but embraced the world and sought things and places he did not know. He conquered cities and retreated to the wild at will. He is not just one thing. He does not cling to one lifestyle and he does not bend to expectation. He seems entirely in hot pursuit of life and happiness and honouring his true self along the way.

Are you kidding me? Who does that?

Aren’t you supposed to assess risk, look at your skill set, have a financial plan and make your move? I did. I was once spontaneous, uninhibited and even open to chance. I had a backpack, and it was all I had. But I got older. I had to have a plan and pay bills to look after our three kids and our home.

But I put paying bills and long-term stability in front of just being me. I became pretend me. And it was fine. It was necessary and it worked. Then I watched Mallmann doing what makes him happy and I snapped. That’s how I was supposed to live! Being true to myself. I have already reconciled with the shame of being inspired by a TV show. Mallmann is inspired by nature, food and language. Me? My life-changing moment came from watching Netflix with my dollar store reading glasses on. No wonder I feel slightly unfulfilled.

In Grade 1, a teacher told me I was a good writer. A seed was planted and I liked watering it. I kept it up. I travelled. I came back and went to school and went on to work in television, intent on still living a creative life. Living where television is made, a city, is expensive.

To keep things interesting, I decided to marry another creative person. My husband was, and still is, in Canadian television. The financial ice under our Sorels was more than a bit shaky at times.

Almost predictably, when we had our own children, I switched gears to teaching without a second thought to enjoy some stability. I love kids and teaching is natural for me. I could say this was for my family, but make no mistake, it was for me, too.

Teaching can take your breath away with its demands and the heroic kids and people it attracts. But it is scheduled and that can be a challenge. I hate mornings and always have. My day is divided into 75-minute periods and I eat lunch at the same time every day. What I like to do is stare at walls, think my thoughts for as long as I want and eat when I’m hungry. I work at a suburban high school. What I want to do is work downtown, in a sexy foreign city or be curled up at home with my laptop, creating. I am on vacation at the same time each year. What I want is to find a seat sale and vanish. What happened to me and where did I go?

After watching Mallmann, I felt as if I’d stood up from a cozy campfire and the blanket of my life just fell to the ground. I was literally never the same after that point. I submitted my leave of absence application less than a month later.

I am now full of excitement. I am leaving my job and a good salary (although maybe not forever), and I am going to do things that feed my soul.

Our culture today, while it fixates on meditation and self-care simultaneously defaces the notion of self. We self-medicate with pills and booze to divert our thoughts and feelings and indulge in plastic surgery to avoid embracing our physical self. We masterfully create perfect online profiles of the life we think best depicts who we are, rather than just being.

Michael Kernis and Brian Goldman, psychologists at Clayton State University in Georgia, studied the benefits of authenticity and being true to yourself. Some of the benefits of following your inner voice include enjoying a strong sense of purpose in life, greater confidence, healthier relationships and hardy coping skills to deal with change or difficulty.

So, cheers to Shakespeare for “To thine own self be true” and Mallmann for undercooking his fish because he likes it that way. I’m going to see where authenticity takes me.

If you are out there living an interesting life and you meet Mallmann, throw one of his burnt potatoes at him for me. And then tell him I say thank you. I will have no income. I might be hungry and poor, but I will have slept in. I have him to thank for that. 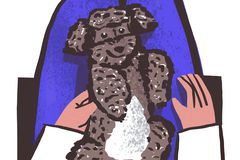 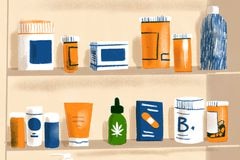 My youngest isn’t just quiet, he has a serious speech disorder
October 23, 2018 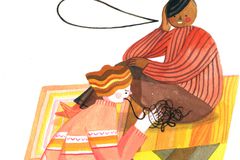