I’ve always had a strange fascination with challenge and adventure. It’s a cliché, I know, but it has led me on some interesting journeys. Sometimes these journeys give me fragments of insight into the sneaky mysteries of life.

For these reasons, I signed up to spend six weeks on a commercial fishing vessel last winter. I had never been to sea before, but – thanks to a family friend – I was able to get a job on one of the largest Black Cod fishing operations in the world. I left in early January, sailing the stormy winter waters of northern British Columbia near the Alaskan border. I joined a 13-person crew – 12 men and one woman – on a ship that was capable of handling hurricane-like weather.

What do you do with an empty house full of relics that no one wants?

If you have no experience you have to earn respect among the crew. “A good deckhand,” I recall one of my superiors saying, “will lose his dignity.”

Once we left Prince Rupert, I braced myself for the misery of seasickness. However, after many hours at sea I felt great. I started thinking I wasn’t going to get sick. “How you feeling?” one of my bosses asked me in the galley. With a big plate of food in my hands, I confidently told him that I was feeling pretty good. “Well,” he chuckled, “we haven’t hit the big waves yet.”

A few hours later, we hit the big waves. The food that I happily ate in the galley was now washing around on deck. I couldn’t walk anywhere without falling, stumbling and periodically vomiting. Until you get your sea legs, you become a spectacle of entertainment for the rest of the crew. But you don’t complain. You want your new colleagues to know that you’re a tough cookie. Additionally, you learn the hard way that you can no longer pee into a toilet while standing.

I was put on the vampire shift. It started at 4 p.m. and ended at 8 a.m., so most of my memories are rooted in darkness. My crew was made up of a miscellaneous band of misfits, obscure characters and hardened commercial fishers. Prior to this experience, I’d spent four years in university. When you’re a student, it’s easy to forget how much you can learn outside the classroom.

As the weeks went by, the exhaustion broke us down and the atmosphere became more animalistic. Camaraderie was built, but our humour became distorted, power struggles broke out and traumas resurfaced. We were navigating the chaos and order between the juxtaposed worlds of nature and civilization.

One moment I was being soaked by a massive wave, stumbling in pain, dreading life and missing home while also being yelled at to work harder. The next moment I was gazing into an endless horizon, when a sperm whale rose to the surface, spouting air and water. I was in a state of awe; everything seemed to stop. It reminded me why I’d signed up for this adventure.

Another day, a trap was hauled up from the bottom of the ocean filled with squirming fish. “That’s black gold we’re hauling up boys, black gold!" the skipper excitedly barked over the loudspeaker. The crew cheered and it felt like I was on a pirate ship. It was exhilarating to haul up traps packed full of fish. When an octopus appeared in one of the traps, someone tossed it to me. I caught it and looked at it curiously. It sprayed ink all over me.

Once, I woke from a five-hour sleep and discovered some of the guys on deck had been (secretly) drinking. One wanted to wrestle me, another tried to pick a fight. Another time, I anxiously watched as one of the deck-bosses got his head caught in between tangled ropes. A rope snapped and anchors came crashing down, smashed on his head and slid into the ocean. Luckily, he was okay and within minutes everything was back to normal – like it never happened. This is madness, I thought. But then I started to like it.

Amidst the raw physical struggles in the wild open sea, an internal struggle worked its way through my mind. How silly, I thought, to imagine that I would find anything significant out here. But the despair faded amidst fatigue as the trip neared its end. I was like a sea creature, running on instinct.

On one of our last mornings, someone yelled, “Look!” and we all stopped to gaze at the horizon, where mystical colours began to emerge. In that moment, there was no need to struggle to find meaning – nature did it for you. The colourful sky reminds me that the clichés of life are true and my mood lifts: My 16-hour shift is coming to an end and the trip will soon be over.

In the end, I hardly made any money, and I struggled to walk for five weeks afterward due to a knee injury. But I have no regrets. The experience broke me down and built me up. I hope to go back to sea in the near future. But not on that boat.

What do you do with an empty house full of relics that no one wants?
February 20, 2019 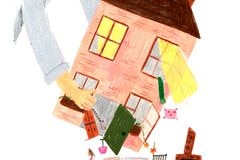 How do I cope when my daughter is having major surgery?
February 17, 2019 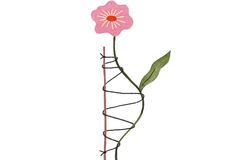 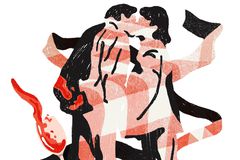