On July 30th every year, my wife Zuraidah and I wake up asking each other “what would Michael Douglas and Catherine Zeta-Jones do?” It’s actually the only day that happens. Red carpet moments in our lives are generally absent unless someone gets a nosebleed. The little glamour we share involves an eight-year-old in a tutu chasing her dreams across a stage in Swan Lake.

But on July 30th it’s all different because this is the one day we realize we have something in common with a Hollywood power couple. Oh, and probably thousands of others around the world who live quiet lives just like us. You see, we are birthday sharers – born on the same day but not date. While other couples get to share Valentines, religious holidays and all those other special days in their lives, we get to share one more.

Is there a word for birthday sharers? Nothing in English but when you consider the odds there really should be. There are at least seven billion people on Earth. If everyone’s birthdays are spread out evenly that would mean each of us shares a birthday with more than 19-million people. That merits a word.

Before I met my wife I honestly never met anyone who shares my birthday. Arnold Schwarzenegger does. So does Paul Anka, apparently. But neither ever drops around for ice cream and cake.

Just about everyone who knows us as a couple thinks it’s really romantic. The lady at the license bureau always seems amazed when she spots the similarity when I renew our plate stickers each year. And the person at the cable company always does a double-take when either one of us is double-checked for identity when complaining about a bill.

Is it really all that unusual? Many of us might be tempted to imagine that you would need a room filled with at least 366 people to be certain to find two who share a birthday. That’s not so when you encounter what statisticians mathematicians call “the birthday paradox.”

University of Toronto professor of statistics Jeffrey Rosenthal explains it better than just anyone. He’s the author of Author of Struck by Lightning: The Curious World of Probabilities.

Got that? Take two Tylenol and read it again. Does that clear things up? That’s what you get when you are playing the birthday game with the ratio of 1/365. Surely it gets more complicated with couples.

“Not so,” says Professor Rosenthal. “The 1/365 is still in play and the odds are that one in every 365 couples share a birthday.”

Maybe that’s the math, but we’re not buying it. Our circumstances still seem amazing, or star-crossed in the Bard’s world, and how we feel in our own. Others might disagree and consider that the odds of us becoming a couple became skewed when we realized we shared a birthday. We both harrumph at that, noting we already had a million things in common when we realized quite by accident we shared a birthday, too. She was wearing a baseball shirt with a number on the back.

“Your favourite number” I asked?”

“My birthday” she responded. Both of our jaws dropped when we compared driver’s licenses.

Many birthdays have passed since our moment of discovery, and on each we are still a bit amazed about being birthday sharers. It puts us on a short list of other couples such as Christo and Jeanne Claude, the artists who wrap buildings and parks. We just wrap small gifts but readily concede our birthday synergy has added to the fabric of our lives.

I suppose we could behave like some twins and resent having to share a birthday, share a cake or being pushed into something the other wants to do. But we’re not, and both feel grateful.

This year we will push the rest of life all aside once again to wonder what those other birthday sharers, Michael Douglas and Catherine Zeta-Jones, have planned for their big day. They probably won’t be going to Denny’s restaurant where they offer you a free breakfast on your birthday. We thought our server was going to faint when we presented our driver’s licenses last year. Of course, we tipped appropriately.

This year we’ll probably find a nice romantic place for dinner and share something every other married couple does on birthdays. We’ll share the bill. 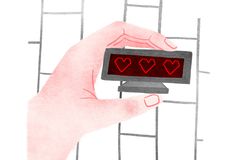