“One medium French vanilla, please,” my daughter says, placing her order at a drive-through window.

“Is that all?” the intercom voice inquires.

I quickly respond: “And 10 Timbits, please.”

We approach the window and pay, but slightly behind the attendant who has taken our money, I overhear one of her co-workers.

“Oh God!” It’s loud enough for me to hear and I’m close enough to see her eyes rolling. This is the second time she has greeted me with such a negative reaction after seeing my niqab.

I sigh and speak to the cashier: “There are still ignorant people in this country.”

The cashier had closed the window upon taking my payment and when it opens again, our coffee and Timbits appear. Now there were two brown women at the cash register. The rude staffer has become invisible.

“Do you have cultural orientation for employees?” I ask the women at the window. “No,” they answer, so no wonder that despite exposure to a variety of customers, some are still ignorant.

If Canada claims to be a multicultural country, then every employee should learn more about the diversity in this country. We are all immigrants unless you are Indigenous. This is not a melting pot kind of country. We accept our different identities and cultures, that’s what enriches the beauty of Canada as a country.

I wear the niqab (my face is veiled except for my eyes) as a gratitude to my Lord. I was raised in the Philippines and watched women who, despite the heat, continued to wear niqab in public and noticed the stares they received, even while doing something as ordinary as running for the bus. I found them courageous and admired their strength. I promised myself that I would wear the niqab if I ever married.

I came to Canada in 2008 and worked at Taliba, a Filipino-Canadian newspaper. I met and married my husband in Canada a few years later.

The negative comments at the drive-through are a small sampling of what I, and many niqab-wearing Muslims, hear often.

Last year, as I walked through the food court in my local mall, a father sat with his family, which I noticed included a young girl around eight-years-old. As I passed by, he spoke aloud to his group: “For her everyday is a Halloween.”

I looked at him, but he looked away. Had he kept looking at me, he would have noticed my smiley eyes and I would have approached him respectfully. I let it go.

But in my head, I was imagined stopping and talking to the man. I wanted to say: “Hi sir, let’s not spread ignorance and draw a picture of certain people in a negative context. Let’s stop the stereotype. First, I don’t even celebrate Halloween. Nevertheless, we can have a conversation and I can answer any questions that boggles your mind about my way of life so you can be enlightened and stop the spread of ignorance, and mockery of other people who you deem different because they don’t conform to your way of life.”

When I’m told what country I live in

Another time, a senior couple walked toward me in the same mall. As soon as the old man passed by me he blurted, “This is Canada!”

I looked back at him and responded, "Yes, I am aware this is Canada."

Of course I know where I am. I am in Canada, in the land of “sorry,” where we apologize unnecessarily many times over. We are a civil, humane and welcoming people – until you see one vulnerable woman like me, lugging around three children younger than six, just like any mother, but because of my niqab you thought I was different, that I needed a special reminder.

How I am always turning heads

Yes, this makes me smile under my niqab. Whether I am at the mall, grocery stores, park or even the sidewalk, I notice how people seem to have a stiff neck, shaking their head side to side while looking at me with disapproval on their face, trying to hide it and yet making sure, too, that I see their reaction.

Their reaction confuses me. Do these people assume I am oppressed, acting upon the dictate of my husband and blindly following my religion? This is an insult. On the other hand, I want to laugh. I chose this lifestyle. Those who have known me prior to my practice of niqab know that I am definitely not that “oppressed” person. I simply wear the niqab to please my Lord.

Despite your stereotyping, I am an empowered woman, confident enough to stand on what I believe despite your aggression and ignorance. As a woman in a minority community all I ask is for people to be open-minded and communicate openly; please let yourself be educated rather than judgmental. If you ask me a question, we can bridge the gap in between.

Communication has literally opened doors for me. My neighbour of seven years decided, just last year, to come and visit me and my children. From that visit, a friendship and understanding has bloomed. She now calls my three boys her nephews. Let’s talk and let’s break down barriers. 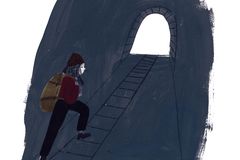 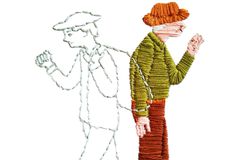 Is Canada the promised land? One American thinks it comes close
June 30, 2019 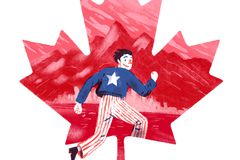