I write a love letter to the reviled. To one whose very name has become synonymous with racism, violence and corruption. Worse yet, I understand that many of these charges are valid and accurate depictions of character.

I write a love letter to the city of Thunder Bay in Northern Ontario.

Oscar Wilde once said, “The only thing worse than being talked about is not being talked about.” This is a tough sale in Thunder Bay. Award-winning bestsellers have been written about the city’s plague of dead Indigenous teenagers. The arrest of both the mayor and the chief of police have made national news (and inspired many Dukes of Hazzard jokes). More often than not, the city is the murder capital of Canada.

All accurate. Guilty as charged. An accurate, yet incomplete, portrait.

In order to drive across Canada, there is no choice but to pass through Thunder Bay. This is the only city of more than 100,000 people that the Trans Canada Highway slices through in the 18 hours of driving between Sudbury and Winnipeg. Most comment on how beautiful the city is and that a return visit is in order. Few return, however. Thunder Bay is a layover, not a destination.

I wasn’t born in Thunder Bay, yet to be fair, no one my age was. I am a child of the 1960s and the city itself was born in 1970. Thunder Bay was created with the amalgamation of two industrial towns. Port Arthur and Fort William were neighbours who constantly competed for limited resources. Think an arranged marriage between two rivals, with the good intention of brokering peace and efficiency. Yet it was a loveless and dysfunctional marriage, which resulted in poor decisions for decades. Or more apt, fraternal twins both jealous of anything given to only one, happier to see both do without then have the other succeed.

Nor do I live in Thunder Bay now. Like most, I departed after high school in search of opportunity, more than 30 years past now. Today, the population is less than it was when the city was first created. The internet age crippled one pillar of the economy, the paper mills. The rise of Asia sent ever-increasing volumes through the Port of Vancouver instead of the St. Lawrence Seaway, hobbling the other. My generation got only a taste of the high-paying, blue collar jobs of their fathers. The next only received stories of what once was. The result was decades of anger and resentment. Wishing for the past and misplaced blame for its disappearance.

Yet, when asked where I am from, the answer can only be Thunder Bay. It both defines me and calls me back. The distance provides me with perspective on the place.

I often make the analogy that we are much like the Newfoundlanders. We are a unique and vibrant culture, with ours surrounded by an ocean of boreal forest instead of the North Atlantic. We are both shaped by demography and geography. Isolation is the defining ingredient. Isolation allows activities and behaviours, positive and negative, to remain in place.

The recent Black Lives Matter movement demonstrates that the problems Thunder Bay became infamous for are not uniquely ours. The systemic racism, which appalled the country, has been shown to be pervasive almost everywhere. Our issues just became apparent first. The horrific nature of the deaths of so many young people, combined with the callous indifference of those who were supposed to protect them, was reported widely in media. All this coincided with a country finally making strides toward reconciliation. Indigenous people across the country faced similar problems, they just made up a larger part of the population in Thunder Bay than any other city.

Yet we have hope. Fitting for the city where Terry Fox ended his Marathon of Hope. Even more fitting, Terry never actually made it to town, but stopped just outside. He only came into the city to receive the tragic diagnosis that ended his marathon. Our arrival of hope was long delayed.

Better than hope, we have sisu, a Finnish word meaning extraordinary determination, courage and resoluteness in the face of adversity. Thunder Bay has two demographic quirks. One is the highest percentage of Indigenous peoples of any city in Canada. The results of that have been well-documented. The other quirk is the largest concentration of Finlanders. This has been woven into the DNA of the city.

Enter someone’s home and you are as likely to be offered a sauna as a cup of coffee (sweating naked together is a strange hospitality to the uninitiated). Most residents can identify their favoured Finn pancake restaurant and know if they enjoy a bowl of mojakka. They celebrate the fictitious Saint Urho.

Best of all, the Finns have put sisu into the DNA of the city. The genus of the word is from the word “intestine” – guts. The Finns have it and it has been their gift to the city. It has enabled the city to survive 30 years of economic and cultural adversity and exit thriving.

The only city on a day’s drive on the Trans Canada Highway. The western terminus of the St. Lawrence Seaway. An outdoor playground rivalling any.

Most importantly, Thunder Bay is a city with a new generation of young, diverse entrepreneurs. They are beyond colour-blind: They are the first generation of the city that embraces the Indigenous influence. They don’t care what side of the two old towns someone is from. They are able to follow their passions and still afford to purchase a home. They have resurrected the old downtown core into an area reminiscent of Main Street in Vancouver or Leslieville in Toronto or Inglewood in Calgary. All this happened organically, with only minimal policy and financial support from government. It happened because they saw opportunity and wanted to be there.

I loved this city as a thriving blue collar, commodity-driven town. I also loved it as a down-on-its-luck city left behind by the internet age. I loved it as a growing, government-supported white collar town, even as it was shamed and demoralized by the rest of the country.

I love this city now most of all. A city embracing its unique culture, yet aware of its flaws and mistakes. A city trying to atone and improve. A city with boundless energy, opportunity and intelligence. The anger, resentment, racism and violence are not gone, but are improving. Young people are now migrating to Thunder Bay as a place of opportunity. It took 40 years, but hope finally made it to Thunder Bay and sisu never left.

Just don’t ask me about winter. 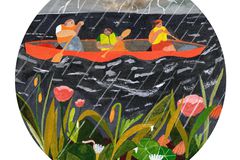 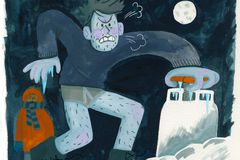 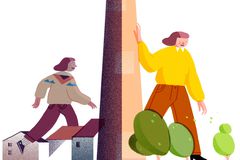