When Wayne Gretzky calls, you answer your phone. At least, that’s what I should have done.

I got into hockey writing later in my life. I was always fascinated by stories of the game, and as I got older, while studying history in grad school, I realized I could combine my love of hockey with the skill set I was developing as a burgeoning historian. Fast forward a few years and I’ve ditched academia, but kept the hockey history.

Over the years, I have had the opportunity to interview dozens of former and current NHL players as I chronicle some of the game’s most storied and lesser-known moments. One player who had eluded my grasp was Wayne Gretzky. To me, and countless others, he’s simply the Great One. Winner of 10 Art Ross trophies, 9 Hart trophies, holder of 60 NHL records and owner of four Stanley Cup rings, Gretzky is arguably the greatest player who has ever laced them up. Growing up I may have been a Maple Leafs fan, and I have the pajamas to prove it, but out on the road, while practicing my wraparounds, I was the Great One.

To think that one day I would have a chance to speak with Gretzky was unfathomable. Even when I learned I would have the opportunity to do exactly that, it was still incomprehensible. Gretzky doesn’t do many interviews these days. Trust me, I know, I’ve asked.

So, when I suggested to the LA Kings that I should interview Gretzky for a story about his 802nd career goal, which set the NHL record for the most in league history, they told me not to get my hopes up.

The silver anniversary of that milestone goal was approaching, but Gretzky might not bite. My editor sent the request while I crossed my fingers. Incredibly, Gretzky agreed to do the interview and would call me the next day. I was floored.

Immediately I looked at my calendar. I had no idea when I could expect his call, but I only had a couple of meetings booked. Shouldn’t be a problem. I’ve been working as a college administrator full time, but have always found a way to balance my passion for hockey with my career. Most of my writing falls outside of work hours and my colleagues are supportive of my extracurricular activities. I knew that if Gretzky called me at work, I could clear my schedule.

Being in the middle of meeting with a client, however, would be a different story.

I spent the morning at home with my daughter, who was sick that day. No call. When I was relieved by my father-in-law, I went off for a lunch meeting with a new client and some colleagues at a Greek restaurant. It was an important new client, and I was just hoping the call wouldn’t come through during our meeting. But I kept my ringer on just in case.

The meeting started off well. Someone mentioned hockey in passing and I brought up Don Cherry’s latest rant. The client confessed she wasn’t much of a sports fan, and our conversation turned to business. Still no call.

As the meeting wound down, and we were talking specifically about our next steps – my phone started to ring. I pulled it out of my pocket. It’s Gretzky. I didn’t recognize the number, but I knew it was him. I stared at the green “Accept” icon, which was burning into my retinas, and then returned my gaze to my client.

My phone continued to ring.

It was exactly what I feared. Wayne Gretzky calling me in the middle of an important work meeting. I know where my bread is buttered, but then again, this is Wayne-freaking-Gretzky.

I silenced my ringer and put my phone away. Oh my God. I just screened the Great One. But what choice did I have? Could I really say: “Excuse me, I have to take this, it’s Wayne Gretzky,” and then dart into the bathroom and record the conversation from a stall?

Besides, the client doesn’t know I am a hockey writer, so there’s no way she’ll believe that. Even my college associates would have scoffed at that notion.

The meeting ended not long after the call, but I can’t remember what was said from that point on. My mind was entirely focused on that missed call and whether or not I’d get another opportunity. After we said our goodbyes, I rushed to my van to call him back. No answer. I was crushed. Defeated, I drove back to campus, but all I could think about was that I just blew my one opportunity to interview the Great One.

Back in the office, I explained what happened to my colleagues. They all tell me I’m crazy. “What was I supposed to do?” I stammer.

But they’re right, I should have answered. Probably.

Then my phone rang. It was him. I raced to my office, locked the door, answered my phone and turned on my recorder. I blurted out an apology for not answering earlier. He was gracious, he told me it was no problem. Of course he returned my call, I thought, he’s the Great One. And then it hit me: I. Was. Chatting. With. Wayne. Gretzky. After a surreal 10 minutes, I hung up. It felt like I had just won the Stanley Cup. I skated through the rest of the day, counting down the minutes until I could get home and start writing my story.

In the end, it all worked out, but I need to remember – you miss 100 per cent of the calls you don’t answer. 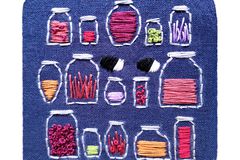 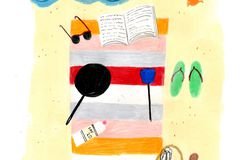 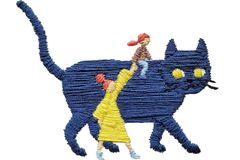