Engaged! That was the text I sent out to my nearest and dearest. A photo of my left hand with a flashy yet tasteful ring newly placed on my ring finger – where, incidentally, I had never worn a ring at any time in the course of our relationship. I mention this only because the most common reaction I got to my joyful announcement was a bemused expression and slight shrug. “I just assumed you were married,” or “I forgot you guys weren’t married,” even: “Who is engaged?” When I announced it to a group of mostly middle-aged gay friends, there was a stunned silence, broken by one exclaiming, “To who?” Friends’ responses continued to pour in, everything from tears (the religious ones) to outright laughter (the cynical ones). I found it surprising that, in this day and age, some people assumed that I was married, especially when I was always quick to proclaim my living-in-sin status with great pride. It was an identity I had clung to desperately – pretending to be this slightly bad and unconventional modern woman – as if anyone would really care. It’s funny that I shocked more people with my wedding announcement than I ever did with my living-in-sin proclamation.

Following the generally inappropriate responses the inevitable next question was: “Why? Why would you do this now?” Because my fiancé and I have been slogging it out for over 33 years. We’re at the place where most couples are signing divorce papers. Our children are grown up and gone. Why would we do this to ourselves now?

The wild turkey that captured my heart

We began to discuss the how, where and when. My partner initially said that we should hurry up and do it right away, something small, “maybe just us and the boys.” To which I scornfully said “Right. Let’s just get married in a cave so that no one will ever hear you say the words.”

If I was going to get married, why would I bother if it wasn’t going to be an event? And here’s the thing about getting married when you’ve been together a long time. It is also assumed that it will be a quiet, simple little affair, maybe in the backyard or someone’s living room with one or two family members. Then maybe you’ll go to a pleasant restaurant with a few more people and call it a night – or possibly an afternoon, since everyone goes to bed early once they’re over 50.

Mostly, we were encouraged to have a destination wedding because “it saves you from all that planning and most people won’t come.” But wasn’t the point to actually have people there to celebrate your incredible day? Somehow I was missing the boat. Everybody chimed in.

“So the people at the dog park are excited and think we should do it there,” my fiancé announced as he brought the panting, muddy dog home one Saturday morning.

“I am not getting married at the dog park,” I protested. He began towelling the dog off.

“Well, they think it would be great – they want us to have it there. They’re great organizers. Janet will arrange the food and everyone will pitch in. All the dogs will be there.” After three decades, I still can’t tell when this guy is joking – because sometimes he isn’t. It started to become clear why we had never embarked on this road earlier.

But then something strange happened. He started to get excited. Maybe even more excited than me. We found a beautiful venue. The guest list grew – and grew. He became much nicer and more attentive to me. He agreed to learn how to salsa for our first dance – and liked it – a lot. He was game for anything. He shrugged at the cost of flowers when I recoiled.

So here is why I highly recommend waiting 30 years before the big day:

Every celebration is special, but this one was unique because of the story. Because of two people who shared many happy times, but toughed out the hard ones, even when faced with challenges, even when plagued with doubts at times and when there might have been an easier way.

So the answer to the question everyone asks: “Why now?” – isn’t it obvious? Let’s keep it simple and say that we love a good party and that celebration is part of life.

A better question was posed to me the other day though: “What are you going to tell people when they ask you how long you’ve been married?” I didn’t have an answer for that one. 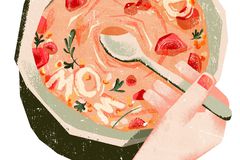 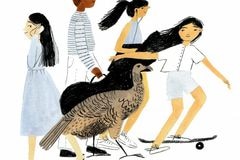 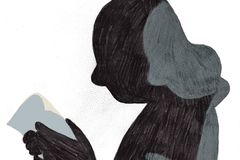