On the last leg of Karen Sherwood’s life journey, she and her sister, a horticulturalist, planted a glorious garden. It was a masterful planting, with about six waves of bloom throughout the growing season. The blues and golds of Provence coloured the garden and were painted inside her little century cottage in East Vancouver.

I adopted Karen’s garden the following year. Finding the small house with its delightful garden felt like a miracle. It was one of those hot Vancouver real estate markets, and I was despairing of ever finding the kind of charm that I was looking for within my limited budget. Thanks to some small quirks of fate, the house had languished on the market until I bought it. I had never owned a house before, and I felt that it was destined to be mine.

It took some time to get to know the garden and its ways. During the first summer, I struggled to discern intrusive species from exotic wonder. Neighbours offered advice and lore, and the garden was a conduit to many happy conversations. The garden was a neighbourhood treasure, and I worried about doing it justice.

A garden is an intimate space; eventually the gardener touches every plant. As I worked in the garden, I thought about Karen and the choices she made as she worked on it. What kind of choices does a gardener make when she knows she is on the home stretch of her life? When she planted Lady’s Mantle, did she know that its leaves had been used as a balm for ladies’ breasts during the Renaissance? Did she plan for grieving when she planted Widow’s Weeds? Did she think of Wordsworth when she planted that glory of King Alfred daffodils in the raised bed on the boulevard? Did she smile when she succumbed to the temptation to plant forget-me-nots? Whatever their thoughts had been, with skill, faith and whimsy, Karen and her sister planted a wonderful celebration of life.

Knowing that time was short, the two sisters planted perennials that just plain grow like stink. By the third summer, I was pulling plants out of that biomass to keep them from choking each other. By the fourth summer, I was joking that from the middle of May each year, I became Our Lady of Perpetual Deadheading for the next five or six months.

I had signed the adoption papers for this garden when I took title, but it took years before I fully embraced the garden as my own. The transition came as the garden outgrew itself and changed shape. A rotting tree meant opening up a corner for a small seating area. The presence of a skunk meant lifting the skirts of a magnolia bush, transforming it from a shrubby hiding place to a graceful tree surrounded by heuchera and hardy fuchsia. With time, necessity and familiarity, I became a less perfectionistic guardian and more relaxed about my own gardening choices.

Whenever I worked in the garden, I also thought of my own mother. She and I worked together in the family garden when I was a girl, wherever that garden might be. My mother was a Manitoba farm girl, and she loved to make things grow. Her mother had maintained half an acre of vegetables on the farm.

We moved every year when I was in elementary school, and every house we rented had to have a good-sized vegetable garden. I loved the fresh flavour of young beet greens, baby carrots and tender young peas, especially when we could eat them raw with just a quick wash of the garden hose. When the first leaf lettuce was being thinned, it was sweet enough to eat with sugar and cream. My mother taught me to weed and to cull to make room for more robust production. She liked to plant potatoes, both for the nitrogen they returned to the soil and the tiny new potatoes that would send us into rhapsodies when steamed and served with butter.

By the time my parents owned their own home, my mother turned her attention to raising flowers and houseplants. This was no small feat in Calgary’s cantankerous climate, but my mother planted an exuberant show of annuals in white, purple and red. When the notion of talking to plants entered the popular lexicon, she loved the idea, although she liked to tell them: “Grow, you little green buggers! Grow!”

I dared not whisper such a challenge to my Vancouver garden. All the little green buggers were growing quite well enough without further encouragement. The task was more to contain the growth to keep it from becoming malignant.

I cared for that house and garden for 10 years. Eventually I sold it in another hot Vancouver real estate market and the proceeds have financed my next home, which will likely be my last. My garden, all grown up, would now be in someone else’s care. I hoped that it could be loved as well as I had loved it, although I knew it would be loved differently.

Every garden becomes a legacy. Like any living legacy, its destiny depends on its inherent nature and the stewardship of the next generation. I will always carry a special fondness for that house. Its exuberant garden will continue to change, beyond my influence. Karen gave it good bones. I helped it to become more manageable and hospitable. Its future will depend on fate and circumstance beyond my imagination or control. I hope that the garden has found a good match. 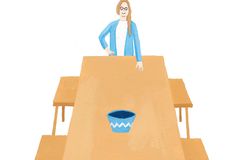 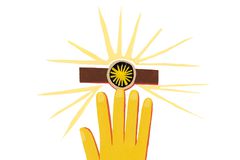 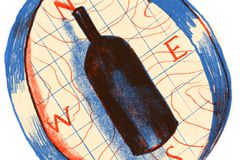