Maryam Rafiee
Contributed to The Globe and Mail
Published December 4, 2019 Updated December 4, 2019
Comments
Please log in to listen to this story. Also available in French and Mandarin. Log In Create Free Account

I remember how hypnotizing it was as a child looking at my father’s pen scribbling on paper. He is among the last generation of writers who still use a pen on a sheet of paper.

“Typing is soulless,” he says.

Writing for him is a process of thinking, planning and creating, which all happen at once while he gently moves his pen on paper. All you can see is a steady movement with no haste and no pause. His pen goes up and down like a pendulum as he engraves the words.

My father is addicted to writing. But more than that, he’s addicted to his fountain pens. He writes serious materials, but when you look at them, it is as if he has written a romantic poem. His writings would be short on something without that elegant trace of ink on the paper.

When I was a kid, I enjoyed looking at how he patiently filled the reservoir with black or blue ink. He then drew some lines on the paper letting the ink flow into the solid-gold nib and preparing the pen for a long write. I would sit next to him, imitating his gesture. He gave me one of his broken pens and I would doodle on papers for hours till I ended up with inky hands and face. He always told me, “One day, you’ll become a writer.”

On the first day of elementary school, he gave me a diary and asked me to write every day. I did, even though I barely knew the alphabet. In third grade, he bought me a fountain pen for my birthday. Finally, one of my own! I felt grown up. It was such an empowering feeling. The joy of writing with my fountain pen made me write more and more. I started writing short stories and essays, publishing them in newspapers and winning contests.

Back then, the only writer I knew was my father and I thought having a fountain pen was a fundamental element of being a writer. As I grew up, like other kids of my generation, I looked for easiness and comfort and used ballpoint pens. Ultimately, I started typing on a computer.

My father, though, has always resisted typing. He had me type out his work until I refused. Since then, he pays someone to type for him. I bet he’s spent more money on typing his writing than he has earned from publishing them. Most of his writing and books have been banned in our home country. In Iran, there is no freedom of speech. He was even imprisoned twice because of his thoughts and writing.

The first time was when I was a teenager. He was in a solitary confinement for six months. When he was released, he said, “I wrote two novels in my head during my confinement. They kept me alive.” Then, he sat at his desk day and nights for a year to write out a 600-page book, still unpublished.

Fifteen years later, a few months after my immigration to Canada, my father was imprisoned again. This time, he was in a public ward and had access to pen and paper. My mother visited him once a week. The only thing he asked for was his fountain pen, but the prison guards refused to give it to him. So my father had no choice but to buy low-quality ballpoint pens from the prison shop. “They are dry, scratchy and make my fingers sore,” he complained.

Finally, my mother snuck in a fountain pen. I don’t know where she hid it, but I could imagine my father’s face seeing that treasure. My father had been detained in a ward mostly populated by drug traffickers. While they smuggled drugs in, they showed him how to smuggle his writing out.

Every time my mother sent me his work, I tried to imagine how he felt when he wrote it. His pen could divulge his feelings – when he’d been furious, anxious, hopeful, excited, lonely or worried. I would have never sensed that if he had typed.

My father could call me from the prison and occasionally we had a chance to talk. He once asked me what I’d written recently. I paused for a second and said, “Baba, I can’t write any more.”

After immigration, I wrote less and less, until eventually I stopped. I felt trapped between languages and identities. I could neither write in Farsi nor in English. I would stare at the screen all day. My mind was paralyzed. At one point I thought, “Fine. That’s it. My dream of being a writer ended here. I should accept it and move on.”

But my father didn’t believe that: “The storyteller in you never dies. You can’t stop just because you’ve changed your place of living or your language,” he said. “Look at me! I am in prison now because of my writing. Should I stop?”

I’ve never been as ashamed as I was at that moment. My father has never stopped writing despite all the limitations, and he expected that from me, too.

“Put away that laptop. Get yourself a bunch of paper and a good quality fountain pen. Then, sit at a desk and write with patience, reflect your feelings into your words. Don’t worry about your language and mistakes,” he said.

I promised him I would try. It had been nearly 10 years since I’d written on paper, but I gave it a shot. The first day I just doodled and played with my fountain pen. But on the second day, once I got a hang of it, I wrote a short story. The story was full of grammatical mistakes and other errors but I was relieved to write it down. It broke the seal. I started writing short stories and a book from my own life.

I had found the magic of pen on paper again. I do agree with my father that it gives soul to the words. And while I’ve gone back to my laptop, whenever I am stuck, I grab a pen and start writing.

Writing letters (not texts) is keeping me close to my daughter
December 3, 2019 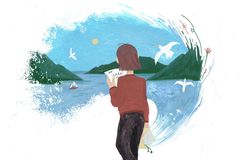 My race gives me hidden privileges, and I’m struggling to change that
January 10, 2019 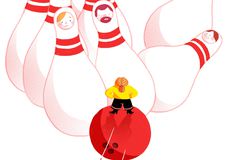 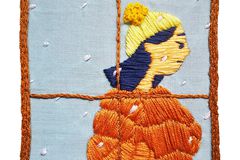