For his new book The Productivity Project, Chris Bailey spent a year mastering the secrets of extreme efficiency, speaking with experts and subjecting himself to various experiments from (very) early rising, to limited smartphone access, to living in total isolation. Here, the Ottawa-based expert in taking care of business shares some of the secrets to his success, including why the early bird isn't the only bird.

Imagine you had just won an all-expenses-paid trip to Australia, but the only thing is that the trip leaves tomorrow. I'm pretty sure that you would somehow find a way to get most of your week's work done within that one day before the trip. For my book, I spent one month alternating between working 90 hours one week and then 20 hours the next. I felt infinitely more productive in the 90-hour weeks, but when I looked at what I had actually accomplished, it was only a bit more. Parkinson's Law states that our work will expand to fit how much time we make available for it. There is a difference between how much you do and how much you accomplish. Past a certain point, we're just doing busy work, treading water.

The late bird gets just as many worms

The idea that waking up early will necessarily make you more productive is one of the biggest productivity myths out there. Research shows that there is no difference in socio-economic standings of people who wake up early and people who wake up later. One of my first productivity experiments was waking up at 5:30 every morning. I had to completely reconstruct the habits I had around going to bed. I meditated, I went to the gym, I read the news, I had a coffee, but eventually I realized that I hated the new ritual. I was tired of going to bed when I had the most energy. Last night, I worked until 1 a.m. I was on a roll and it would have been foolish to go to bed.

Put your chocolate in the deep freeze

Science shows us that 20 seconds is enough temporal distance from something that it will make us more or less likely to do that thing. For example, if it takes you more than 20 seconds to log into your social-media accounts because you have made the password really complicated, that's enough of a barrier to make you significantly less tempted. I keep chocolate at the bottom of my freezer, so that it is harder to get to and I have to give it time to melt before it will be any good. The same is true in the reverse. For example, I keep my filing cabinet right at my desk rather than having it in another room. Whenever I have a piece of paper, I will file it immediately rather than letting that pile build up. I also keep my meditation pillow right in my office, so that it's right there if I want to take five minutes in the middle of the day to meditate. Even if it's just a room away, that is going to mean I'm a lot less likely to take the time.

One daily ritual that I would never give up is reading for at least an hour, sometimes two. I read mostly non-fiction. At the moment, I'm reading Superintelligence, on artificial intelligence in the future. It's fascinating. When I dive deep into subjects that aren't directly related to my own work, that's when I come up with the most valuable insights. Creativity and coming up with new ideas is a process of connecting dots, so the more dots you can collect, the more dots you can connect. And often times, the more disparate those dots are, the more valuable they are to connect. Think of the engineer who picks up a book about the taxi industry. That might lead you to a multimillion-dollar idea like Uber.

Accomplishment is as easy as 1-2-3

The reason that so many people fail at new year's resolutions is because we have these romantic, sepia-toned fantasies of this better life with no clarity on how they are going to put those changes into practice. It is so important to bridge that gap between intention and action, and one of the best tools that I've found to do that is the rule of three. It's simple: At the start of every day, I fast-forward to the end of the day and I ask myself what are the three main things I would like to have accomplished by the time the day is done. It's not that these are the only things I can work on, but they are the main things and the priority, so that when I get busy over the course of the day, I know where to direct my focus.

This interview has been condensed and edited by Courtney Shea, Special to The Globe and Mail 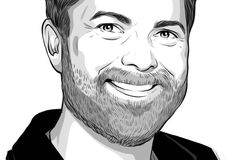 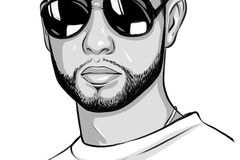