One can almost hear the boardroom pitch. "Vodka is the largest growth category in spirits. Pinot grigio's the hottest wine. Let's mix 'em! Could be the greatest co-branding coup since Pop Tarts got Smucker's filling!"

Are you one of those new vodka connoisseurs who gripes about too much citrus in your Grey Goose L'Orange or too much berry in your Absolut Kurant? This could be the flavoured spirit you've been thirsting for. A couple of years ago, I jokingly referred to pinot grigio as "the vodka of wine" because of its fashionable appeal and anemic taste. I guess somebody in Italy was thinking along the same lines, only more earnestly.

Priced at $47.85, Villa de Varda was recently introduced in Ontario along with several other new brands. Some are very good, notably Tito's Handmade, Stolichnaya Elit and, ironically from a real estate mogul who doesn't drink and has spoken out on against alcohol, Trump Vodka by the Donald himself.

Distillers have been grasping for novel ways to add value to plain alcohol and water - the essence of vodka - for years. Salivating at soaring sales and easy profits, they've been outdoing each other with fancy decanter-style bottles and assertions of ultimate smoothness, in some cases distilling up to seven times or using organic grain for greater purity. But the sweet, unusually flavoured entries have me pondering a more philosophical question. When does vodka cease to be vodka and morph into something else? Specifically a liqueur?

To my surprise I liked the grain-based Villa de Varda, with its nuance of licorice and floral perfume. Yet I couldn't get past the idea that I was sipping either a dry, subtly flavoured Sambuca liqueur or, absurdly, a really strong pinot grigio, a white wine prized for its lean body and flavour. When it came to the sweeter products, two of which I found compelling - the root-beer brand and Burnett's Sweet Tea - I couldn't swallow the notion that these had anything to do with the drink of the czars. They are not in keeping with, pardon the expression, the spirit of the spirit.

Straight vodka is supposed to be a neutral, flavourless distillate, typically with an alcoholic strength of at least 40 per cent. But that definition pretty much flies out the window in the case of flavoured vodkas, which are not defined under Canadian law. They can have less than 40-per-cent alcohol and contain sugar. And they can taste like things that should not be permitted within 10 metres of a martini, such as Hubba Bubba.

The only substantive difference between a vodka and a liqueur has to do with sugar level. Vodka is limited to a maximum of two grams a litre. A liqueur must have at least 100 grams a litre. Technically, that may seem a major difference. But you'd be surprised at how cloying two grams a litre can taste when it's added to vodka - which is why all those tea-flavoured brands can boast "sweet" in their names.

Burnett's Sweet Tea Vodka from Kentucky carries just 30-per-cent alcohol and tastes like dessert to me, with a note of sugared iced tea followed by a pronounced essence of that burnt-sugar topping on crème brûlée. It also contains caramel colour to achieve a Lipton's-like hue.

Compare that with my favourite big brand of Triple Sec liqueur, Meaghers. The orange-flavoured beverage boasts 35-per-cent alcohol, closer to the vodka standard of 40 per cent. Though sugary, it's balanced by with refreshing citrus. It's also clear, like standard vodka.

Which one's the flavoured vodka? Legally, the Burnett's. Spiritually? I'd make a case for Meaghers.

Who's drinking these new pseudo-vodka liqueurs? The Three Olives Bubble is, I'm told by beverage marketing managers, designed to appeal to a younger crowd, though presumably one that's actually grown out of sippy cups and Big League Chew. It also is expected to skew toward females. In that sense, it's as irrelevant to me as Pinky (available only in British Columbia, $59.99, and Alberta), the trendy strawberry-and-violet-infused vodka in a perfume-style bottle, which has done a co-branding deal with my favourite lingerie retailer, Agent Provocateur of Britain.

Expect to find Bubble in tacky clubland, not in the arsenal of a sophisticated mixologist. "When you start seeing people producing bubble gum, it's ridiculous," says David Wolowidnyk, bar manager at West, the top-end restaurant in Vancouver. "It's surprising that those things are even out there on the market."

In fact, he adds, flavoured vodkas in general merely represent shortcuts for home bartenders. No self-respecting barkeep would rely on factory flavours when they can source their own ingredients - from fresh limes to house-made bitters to freshly roasted coffee beans - and add them in carefully measured doses.

"I have a bottle of espresso vodka here at home because my fiancée loves to drink it," he says. "But I wouldn't use it at work."

The ultra-premium edition of classic Stoli, made using a fancy freezing filtration system that supposedly gets it purer than your best intentions. A powerful, spicy aroma belies the tame, sweet, creamy palate.

Distilled five times from wheat and twice carbon filtered, it comes in a golden bottle reminiscent of a skyscraper. Unlike U.S. developer Donald Trump, it gets top marks for subtlety, one of the most neutral vodkas out there with a soft, silky texture.

What can I say? I like its subtle licorice, fruit and floral notes and dry finish. Would I want to be seen buying it? Maybe not.

Relive your A&W drive-in days with an adult martini. It's compelling, but sip fast because it could get tiring quickly.

From Kentucky, this sweet elixir tastes like a tea-flavoured crème brûlée. Quite a mouthful of flavour, though not very vodka-like. 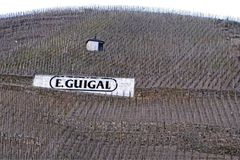 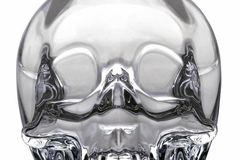 When it comes to wine, how eco can you go?
April 16, 2010
Follow Beppi Crosariol on Twitter @Beppi_Crosariol
Report an error Editorial code of conduct
Due to technical reasons, we have temporarily removed commenting from our articles. We hope to have this fixed soon. Thank you for your patience. If you are looking to give feedback on our new site, please send it along to feedback@globeandmail.com. If you want to write a letter to the editor, please forward to letters@globeandmail.com.
Comments