A year ago, who would have imagined we’d be growing green onions on our windowsills and having cocktail kits delivered to our doors? But here we are, together yet apart, bonding as a global culinary community over successful sourdough bakes and TikTok failures. Herewith, a timeline of the food trends that defined the past 12 months.

The pandemic found its first viral food trend thanks to TikTok, Instagram, YouTube and South Korea, wherein four ingredients combined to make one terrible coffee. I think people assumed they were crafting facsimiles of their beloved frappuccinos using household items, including that five-year old jar of emergency instant coffee. Instead, they all made dalgona coffees, exactly once.

During the abrupt initial lockdown, to ease their minds and feed their souls many turned to comfort baking. But owing to yeast shortages, they also had to get creative by using naturally airborne yeast in the form of sourdough starter. Once their starters were ready to go, they began baking daily loaves that were one part tasty bread, two parts stress-reliever, a pinch of creative outlet and a sprinkling of useful new life skill.

With flour, yeast and patience now all in short supply, people returned to the one bread that has always had their back. Plus, for those who had mistakenly ordered 12 bunches rather than 12 bananas during their first foray into online grocery shopping, it was a way to free up much-needed freezer space. Searches for banana bread recipes, went up by 140 per cent in March, according to Google Trends.

In a shrewd customer service move, hotels and resorts started sharing signature recipes so that we could all enjoy a nostalgic taste of our recent pasts. Hilton Doubletree Hotels released its chocolate chip cookie recipe, famously served warm upon check-in, IKEA created a recipe diagram for their Swedish meatballs (Allen key not included), the Cheesecake Factory posted recipes for salads and Cajun Jambalaya Pasta, Canada’s Wonderland shared its funnel cake and Disney posted a recipe for Mickey Mouse-shaped beignets.

Think of them as little Victory Gardens in jam jars, or “Victory Sills” if you will. With time on our hands and food waste on our minds many started re-growing the roots of green onions, leeks and celery, in water. This was a fun lesson in botany and frugality and we sometimes even ate them. I would actually be interested to know how many people are still growing green onions at home. Please let me know in the comments.

We were getting bored and getting drunk. With COVID-19 isolation in full swing and springtime not quite here, we decided to pair cocktail kits and delivery services with technology, for interactive Zoom parties. We also took virtual wine seminars and mixology classes, becoming our own new favourite bartenders. The only thing missing was the soundtrack of life, and a friendly face behind the bar with an ear to bend.

End of May: Pickling and preserving

With time to fill, wartime era-like efforts took hold on the home front, as we began canning everything in sight. Only this time around, instead of pickled beets and butter pickles, we were making homespun hot sauce and bourbon cherries. Just because we were socially distancing didn’t mean we couldn’t keep it classy. Alas, all of the preserving led to a North American shortage in Mason jars and their single-use two-part sterilized canning lids.

As warmer weather finally arrived, we began to feel hopeful and thoughts turned to gardening. But not just any gardens, focaccia gardens: fresh bread adorned with olives, tomatoes, herbs and flowers to resemble a pleasantly verdant scene. This combined a handful of pandemic trends in one: baking sourdough, crafting, using homegrown green onions and doing something time-consuming and silly that sparks joy and is tailor-made for social media.

The weather was great, the general mood lifted, and life was a little fun again. Nowhere was this more evident than with the “Is it a cake?” meme, where everyday items like potted plants and human limbs were sliced into with a chef’s knife, to reveal them to be – gasp – not everyday items at all, but incredibly realistic replicas made out of cake. It must be noted that this trend had the shelf life of a bowl of potato salad at a picnic. Or…is it a cake?

TikTok has popularized countless food hacks and recipes during the pandemic, including hollow balls of tempered chocolate filled with cocoa mix, made to dissolve in hot milk. Funny story: A friend received some as a Christmas gift but had never heard of hot chocolate bombs, so figured they were really large truffles. And he ate them as such, choking back the dry chocolate milk powder and mini marshmallows over several uncomfortable days.

Thanks again to TikTok, we now know that one strategic slice in a flour tortilla can radically change the way we enjoy breakfast. At last count the #tortillatrend has received more than 2.2 billion views. A little cut, three folds around egg, cheese, avocado and bacon, followed by some panfrying and you’ve got a multi-sensory quesadilla experience. This hack could be the most important discovery of the pandemic. Besides the vaccine.

This oven-to-plate pasta recipe is at once too dry and salty and too wet and chunky. Better idea? Boil some linguine, drain it, then add olive oil to the emptied pot, along with a couple of minced garlic cloves and some red pepper flakes. Throw a bunch of halved grape tomatoes in there, toss everything together with the drained pasta, and then crumble feta on top. The baked feta recipe is more complicated, takes twice as long to make, uses more dishes and tastes worse. Let’s just keep baking brie instead.

Is your butter not as soft as it used to be? The pandemic and our urge to bake is partly to blame – along with palm oil
Subscriber content
February 26, 2021

The future of food is eating in, thanks to the COVID-19 pandemic
Subscriber content
December 30, 2020 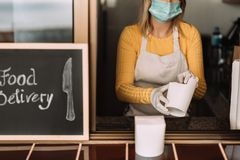 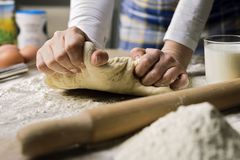