If you thought we reached peak superfood in 2018, think again. Wellness-industry insiders say Instagram is driving an increasingly competitive search for new health foods and speeding up the turnover of trends, so if anything, you can expect to see even more exotic ingredients in your smoothies in 2019.

“It’s weird to say, but the primary way we find new products is through Instagram,” says Erin Baric, co-owner of the Simple Kitchen, a paleo-inspired Toronto café with a dizzying list of superfood-enriched cold drinks and lattes. “Influencers, especially from the States, are catapulting these ingredients into the public eye.”

And with the exploding Instagram wellness scene firmly fixated on the idea of food as medicine, it seems like the new year’s biggest ingredients will be those that purport to offer benefits for both mental and physical health.

Leading the pack are so-called “adaptogens,” supplements said to help the body adapt to stress and fatigue. These include plants, herbs and mushrooms used in Ayurvedic and traditional Chinese medicine, often ground into a powder and added to drinks.

“It’s time for adaptogens to go mainstream,” says Desiree Nielsen, a Vancouver-based dietitian and the host of The Urban Vegetarian on Gusto. “It’s a new wrinkle in the idea of functional foods; using traditional powders and dusts to boost drinks and recipes in a way that goes beyond the basic nutritional benefits.”

Other adaptogens include cordyceps, a caterpillar fungus said to combat fatigue; maca, a Peruvian root with purported libido-boosting effects; and chaga mushroom, which may reduce stress.

However, Jennifer Sygo, Toronto dietitian and the author of Unmasking Superfoods, sounds a cautionary note about jumping on the adaptogen bandwagon: “I think adaptogens are intriguing, but are we going to reach a point five years from now where they’re put in a pile with a bunch of other herbs, where the reliability is questionable, you don’t know the appropriate dose and the research that would tell us that isn’t great? I suspect so.”

For her part, Sygo believes one of the biggest shifts will be toward environmental accountability in health foods, a trend Nielsen also identified. If so, products such as chaga mushrooms harvested in Quebec and Vancouver-produced spirulina could be the next big things.

“It’s great to say that some berry from the jungle is good for you,” Sygo says. “But if you’re destroying the jungle to get it or transporting it thousands of miles with a huge carbon footprint so you can get your antioxidants, that’s not the most appropriate way to get your nutrition.”

The biggest star among adaptogenic ingredients, ashwagandha is a plant that has been used in Ayurvedic medicine for thousands of years. Usually consumed as a powder made of roots and leaves, it can be mixed into milkshakes or lattes to hide its pungent and bitter flavour.

"I am an ashwagandha superfan," Nielsen says. "I've been using it for over a year now and it has helped me manage stress and improved my gut health, but it tastes terrible."

Other users report it helping with pain, inflammation and anxiety. Sygo, however, has mixed feelings.

“I tend to feel that if something has been used for that length of time there’s probably a reason. The issue is that there are very few good clinical trials and it’s very difficult to ensure the product you’re getting is high quality.”

"Remember when everyone was crazy for coconuts? That has really boiled down to something called MCT oil," Baric says.

If you haven't heard of medium-chain triglyceride oil yet, you will in 2019. Extracted from coconut oil, it's the superstar ingredient of the ketogenic diet scene, where it's most often used in cooking or added to coffee.

“If you just take MCT oil, you’re not necessarily going to get all the benefits you might from a ketogenic diet, which, by the way, also needs to be tested with research.”

In the seemingly ever-expanding universe of plant-based milks, expect to see macadamia milk appearing at a café near you in 2019.

"It started with almonds and soy, but now you can milk anything," Baric says. "The sky's the limit in the nut world."

As with MCT oil, the popularity of macadamia milk has been driven by keto dieters, who prize it for being low in carbohydrates. But it’s also a favourite of baristas, who appreciate its silky texture and lack of bitterness.

Macadamia milk is a source of minerals and hard-to-find omega-7 fatty acids, which may have anti-inflammatory effects. Sygo does point out that, for the full healthy effect, you’re probably better off eating the whole nut, which contains all that plus fibre and protein.

How well does your meal photograph? Instagram’s impact on food and drink this year
Subscriber content
December 24, 2018 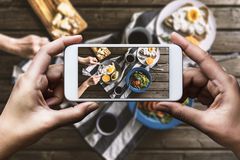 What should you eat for brain health and memory? 6 foods to consider
February 4, 2021 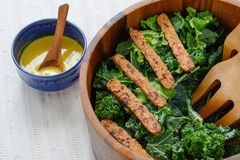 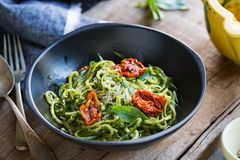