Wine’s ability to age is one of the most mystifying aspects of its appreciation. There’s a lot of confusion surrounding which wines or styles are suitable for aging and, more pointedly, how to tell if a wine is age-worthy when you taste it.

Even if you love the taste of a wine when it’s newly released, there’s no guarantee you’re still going to like it after it’s properly stored for a few years or longer.

There was a time when a defining feature of fine wine was its ability to mature or improve in bottle. The reason many European wine regions are considered classic is that the wines they produced would withstand transportation to different parts of the world and continue to be cellared for safe consumption at a later date.

Today, the vast majority of wine is consumed within hours of purchase. Most bottles stocked at liquor stores are ready to drink upon release and don’t benefit from aging at all.

How is pét-nat sparkling wine made, and what does it taste like?

When a wine has a firm structure from acidity or tannins and suitably concentrated flavour, it might benefit from aging. The question is how can you expect its aromas and flavours to evolve? Usually the flavour shifts from being fruity to more savoury or earthy. The tannins will soften.

If a wine tastes pleasurable to consumers right now, what’s the point of waiting? That same tasty bottle of red wine might not be so enjoyable as those pleasant fruity flavours evolve into something more leathery or nutty.

It’s a matter of taste that also speaks to one’s cerebral enjoyment of the product. A well-aged vintage can have more to offer than just its aromas, flavours and texture. A complex chemical transformation over time turns it into something that tastes more interesting and exotic than fermented grape juice.

I always include a drinking window for the wines I review. It’s part of the summation of a wine’s style and quality. As a reader, even if you don’t have a cellar, that might be your cue to decant the wine ahead of serving so it shows more complexity or character. It could increase your confidence to open and enjoy a wine over a succession of nights without noticing too much degradation of flavour by the third evening. Or you could find a cool, dark spot without too much vibration or fluctuation of temperature, to store some choice bottles for later.

Here are eight recommendations for a variety of mostly red wines to enjoy now or in the future. The first step is to taste the wine now and see if you like it.

This rich and flavourful chardonnay from Gualtallary in Mendoza’s Uco Valley was inspired by the fresh and character-filled white wines of France’s Jura region. It was aged in larger French oak barrels until a layer of flor yeast, which floats on top and protects the wine from exposure to oxygen. As a result, the finished wine has a tangy and savoury edge to its ripe fruit flavours that makes it something unique and really tasty. Drink now to 2024. Available in Ontario at the above price, various prices in Alberta.

Coming from the Calchaqui Valley in Salta, this full-bodied red wine shows the concentration and character that comes from malbec grapes grown at high altitudes. Three years since harvest and this is still really fresh and youthful, with a core of dark fruit and smoky/earthy notes. Drink now to 2026. Available at the above price in Ontario, various prices in Alberta, $24.99 in Nova Scotia.

The historic Castello di Nipozzano estate, which is located just outside of Florence, is the source of this lively and expressive sangiovese blend. The wine was aged in small oak barrels for two years to add complexity and richness. The result is a nicely balanced red with bright fruit, savoury and earthy notes on the nose and palate. Drink now to 2023. Available in at the above price in Ontario, $24.99 in British Columbia ($22.99 until Aug. 1), $23.49 in Saskatchewan, various prices in Alberta (2016 vintage), $20.99 in Manitoba, $22.50 in Quebec, $25.98 in New Brunswick, $29 in Nova Scotia, $27.49 in Prince Edward Island, $28 in Newfoundland.

Luigi and Fiorina Baudana, who own one of the smallest wineries in the Barolo region, have worked with the GD Vajra estate to produce their wines since 2009. A blend of nebbiolo grapes grown in the vineyards of Baudana and Ceretta with a small parcel from Costabella, this is the most accessible red wine in the range at this early stage and is a great introduction to the family’s style. This needs time to show its true potential, but its grace, complexity and persistence already showcase the hallmarks of an exciting red wine. Drink now to 2035. Available in Ontario via the LCBO’s July Classics release, direct through vintagesshoponline.com.

First produced in 1997, Modus was developed to be a modern, super-Tuscan blend of sangiovese, merlot and cabernet sauvignon. The ripe core of concentrated fruit and attractive fragrance make this consistently enjoyable. The current release features an appealing silky texture and nicely balanced character. Drink now to 2027. Available at the above price in Ontario, $31.99 in British Columbia (2015 vintage), various prices in Alberta, $32.99 in Manitoba, $28.60 in Quebec, $39.99 in New Brunswick, $37.99 in Nova Scotia, $35.07 in Newfoundland.

This flavourful red blend features more syrah in the mix for the 2019 vintage, which means the majority of grapes used to produce this wine come from the premium Swartland region. Additions of mourvèdre (19 per cent) and viognier (1 per cent) enhance the overall fragrance and complexity. This wine is always made in an easy-to-appreciate style, and this year’s model truly stands out for its compelling character, which offers an attractive mix of silky-smooth texture, juicy fruit and smoky/spicy notes. Drink now to 2023. Available in Ontario and Quebec at the above price, $13.99 in British Columbia, various prices in Alberta, $14.49 in Saskatchewan and Manitoba, $15.99 in New Brunswick and Nova Scotia, $17.08 in Newfoundland.

Owned and operated by the Taylor family since 1969, Wakefield is a solid producer of quality wines from the Clare Valley in South Australia. The family’s large-volume cabernet sauvignon and shiraz brands are consistently reliable and available in many provinces. Their icon labels, such as this expressive and age-worthy cabernet from a vineyard that was first planted in 1892, are ultra-smooth and cellar worthy. This offers bold cabernet character, with richly concentrated dark fruit and fragrant cedar and coffee notes, and a supple texture. Drink now to 2030. Available at the above price in British Columbia ($55.97 until Aug. 1), $57.99 in Nova Scotia. 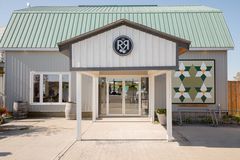 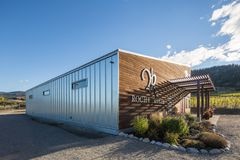 Cameron Diaz is selling wellness wine. But is there such a thing as ‘clean’ wine?
July 21, 2020 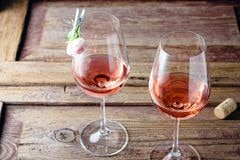