Originally titled John Schreiner’s Okanagan Wine Tour Guide, the first edition came out in 2006 and profiled 100 wineries. The up-to-date guide features 240 wineries, from 50th Parallel Estate to Young & Wyse Collection, while extending its coverage to include Lillooet and the Arrow Lakes regions for the first time. “There have never been more wine-touring opportunities in the British Columbia Interior,” the authors explain in the introduction.

The 2006 book spent 200 pages detailing everything to see and taste. The new volume comes in the same portable format – it’s glovebox-sized, according to the press release – but runs 520 pages as it covers producers operating throughout the Okanagan, Similkameen, Thompson and Kootenays.

Forty wineries have opened since the fifth edition was published in 2014. The current release features updated maps and listings for each featured vintner, including their website, address and wine recommendations. True to the established format, the information is concise and detailed, allowing readers to make the most of a visit.

The new book also includes some spotlight pages that collect wineries by location, including traditional enclaves such as Black Sage Road, Naramata, Okanagan Falls, Osoyoos Lake Bench and The Golden Mile and emerging areas such as Kaleden, on the west side of Skaha Lake. There’s also a page to represent eight producers who are so-called virtual wineries, operating without vineyards or licensed wineries of their own.

Having compiled numerous guides over his career, Schreiner knows they’re only as current as their publishing date. To extend its lifespan and usefulness, it includes some producers that have yet to open. For instance, Birch Block Vineyard has a proposed opening date of 2022, while Black Swift Vineyards, which is currently operating out of The Hatch facility, is preparing to open its own operation next year.

At 84 years of age, Schreiner has long since retired from his 40-year career as a business journalist. Wine writing developed as a sideline, with his first pieces published in 1974, and it continues to be his passion. He keeps tabs on current events and releases taking place in wine country from his home in North Vancouver. Usually a frequent visitor to the wine regions, he has worked from his residence since the COVID-19 outbreak. Nevertheless, there are routine updates to the blog, John Schreiner on wine, that he has run since August 2008.

As tasting rooms start to re-open through the Okanagan, this is an incredibly useful book to guide your way. It’s an equally enjoyable window on a world that some of us might not be in a position to visit again for a while.

Eleven wines to add spark to the end of summer
Subscriber content
August 20, 2020 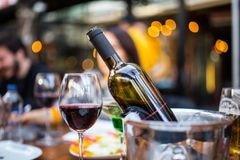 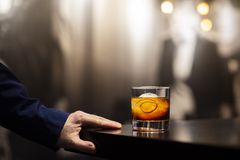 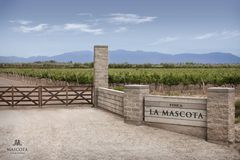