There’s always a surprise bottle at a big tasting, at least for me. A wine that captures my heart not because it’s a blockbuster or necessarily merits the highest score but because it’s intriguingly different. At a swanky event in Toronto last month presented by producers from the elite French trade group Union des Grands Crus de Bordeaux, for me that bottle was Château Les Carmes Haut-Brion.

Certainly, there was no shortage of great reds poured at the $160-a-ticket fair, which was designed to showcase the outstanding 2016 Bordeaux vintage and was hosted at the Royal Ontario Museum by the LCBO’s Vintages department. For example, I loved the wines of Château Clinet, Lynch-Bages, Pichon Longueville Comtesse de Lalande, Rauzan-Ségla and Phélan Ségur, for example. But Les Carmes – which, at $375 a bottle, helped put the “grand” in grand cru – seemed stylistically distinct. It was ripe and dense, to be sure, but more delicate and fresher, almost airy. When I put on my reading glasses to scratch the surface, the reason became clear. It was all about the cabernet franc.

While virtually all Bordeaux reds are sturdy blends led either by cabernet sauvignon or merlot, Les Carmes contained 41-per-cent cabernet franc as its primary component, joining another noteworthy franc-based wine, the $1,200-a-bottle Château Cheval Blanc. Normally such a large proportion of franc can be problematic in Bordeaux because in cool, damp years, the grape infamously tends to serve up bitter vegetal characters, which are produced by compounds called pyrazines. For Les Carmes, 2016’s sunny skies clearly helped keep the greenness in check. But artful winemaking can take credit, too. Departing from the Bordeaux norm, estate winemaker and general manager Guillaume Pouthier ferments much of the crop as intact bunches, stems and all, rather than destemming everything as is done at virtually all other wineries in the region.

Whole clusters, most often associated with the vinification of pinot noir and syrah, can create a profoundly different environment in the fermentation vat. Besides being rich in structure-imparting tannins, stems crucially tend to slow down yeast activity and moderate undesirable temperature swings for a gentler extraction of flavours and more lifted, floral aromatics. Also, because stems are rich in potassium, an alkaline mineral, they dial back acidity and paradoxically can produce a softer, more seductive texture. “[We] needed to improve the balance and the singularity of the wine,” said Pouthier, who began experimenting with whole clusters at Les Carmes in 2012. He particularly likes what the technique does in teasing out aromas of “iris, peony and violet,” he added.

Les Carmes is just one of many wineries that are tweaking their approach to the grape and in the process changing the way at least some of us think about a variety often dismissed either as “cabernet sauvignon light” or, less generously, bell-pepper salad in a glass.

Coincidentally, a week later, I sampled another superb cabernet franc, this time a pure varietal wine made entirely from the variety. It came not from Bordeaux or even the grape’s spiritual homeland of the Loire Valley in northern France but from British Columbia. The name itself sounded promising: Tinhorn Creek Innovation Series Whole Cluster Cabernet Franc 2016. Smoky and meaty, it displayed the obvious ripeness of a red grown in the intense summer sunshine of the south Okanagan Valley, yet it came with a bright aroma and wonderfully savoury characters that fell happily short of weedy or vegetal.

“To see a wine essentially released as youthful and to be popping on the nose with that much excitement and that kind of freshness is definitely something that I attribute to [whole-cluster] winemaking,” said Andrew Windsor, Tinhorn’s winemaker. “If this was a cooler site or different place where you’ve got pyrazines and greenness, we would have amped up the green factor of this wine dramatically and it wouldn’t have had the appeal.”

Windsor plans to keep making the whole-cluster red after what began as an experiment in 2016 with just 250 cases produced, all sold directly through the winery’s members-only wine club.

Even in the cool Loire Valley, where the bell-pepper essence has been historically prized in such appellations as Chinon, Bourgueil and Saumur-Champigny, some small, exacting producers have been relying on whole-cluster fermentation for part of the juice in warmer years. More commonly, there’s been a concerted and laudable movement in the region to prune vines more carefully so as to achieve smaller yields, thereby accelerating ripeness and burning off pyrazines as a way to appeal to broader international tastes. A recent initiative called Project Cabernet Franc, launched by the Loire Valley wine-trade body, has been encouraging producers to, among other things, remove excess shoots and harvest later in autumn to obtain sweeter fruit.

That quest for fuller, more balanced ripeness is alive in cool-climate Niagara, too, where winter-hardy franc – a genetic parent of cabernet sauvignon – has emerged from a supporting role in Bordeaux-style blends to a standalone varietal. There may be no more compelling an example than Thirty Bench Small Lot Cabernet Franc 2015 from Beamsville Bench. To the chagrin of many Loire Valley producers, no doubt, it garnered best-in-show honours for its category at the influential Decanter World Wine Awards in London last July, competing against wines from around the world.

For Emma Garner, senior VQA Ontario winemaker for Andrew Peller Ltd., which owns Thirty Bench, the wine could not have been made without diligent pruning in the organic vineyard, most notably by lopping off excess bunches mid-season to hasten ripening in the remaining fruit. “We’ll sometimes take the vines down to one bunch per shoot if we feel that we’re in a season that’s a little bit cooler and things are not developing as quickly as we’d like,” Garner said, adding that she was determined nonetheless to capture franc’s characteristic tobacco and more pleasant herbal tones. “Back in the day, I think a lot of [Niagara] vineyard blocks were being overcropped, and that’s where you get that nasty hangover of cabernet franc, the big pyrazine-driven wines. I think we’re starting to understand how to work with it better in the vineyard.”

Even at $75 a bottle for her world-champion red, all 219 cases sold quickly. But one can find many good, modern Niagara examples from such franc flag-bearers as Tawse, Cave Spring, Stratus and Vineland Estates. In B.C., look also for such names as Bartier Bros., Clos du Soleil, Culmina and Nichol, to name just a few.

Besides Canada (and the Loire), other places that have begun finding more hospitable vineyard sites to coax better balance from cabernet franc include the coastal Bolgheri district of Tuscany as well as Argentina and Chile.

For cabernet franc, these are salad days no more.

A tour de force, this could be an object lesson for Loire Valley producers who believe cabernet franc can’t be fully ripe while also displaying some of the variety’s lifted, herbal verve. Full-bodied and succulent, it’s almost sticky-dense and bursts forth with essences that include cherry, dark chocolate, espresso, smoked meat and dried herbs. Available direct through paintedrock.ca and from private wine shops.

Full-bodied but light on its feet. Juicy cherry, black currant and tangy cranberry lead the way, joined by a breezy herbal essence and barrel-driven bass notes of cedar, caramel and smoke. For comparison’s sake, it’s like a fleshier, substantial Loire red from a good year. Available direct through township7.com.

Medium-bodied and tangy, with flavours of cherry and tobacco backed up by cedar and smoke. The texture is gently chalky, with grippy tannins. A Niagara red with good energy and crisp backbone. Available direct through inniskillin.com. 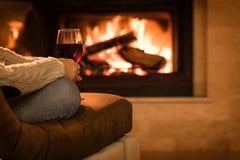 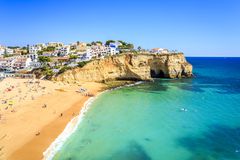 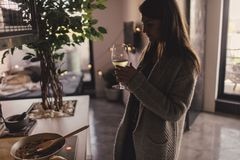