Beppi CrosariolWine & Spirits Columnist
Published May 15, 2019 Updated May 16, 2019
For Subscribers

Bryant Estate produces some of the world’s most sought-after and expensive wines, including a flagship red that sells for almost $1,200 a bottle upon release (all prices are in Canadian dollars). Founded by St. Louis, Mo., businessman, art collector and philanthropist Donald L. Bryant Jr., the Napa Valley, Calif., winery is now run by his wife, Bettina, an art curator, musician and former dancer with the illustrious New York-based American Ballet Theatre.

For its sixth vintage, in 1997, Bryant Family Cabernet Sauvignon garnered a perfect 100-point score from famed U.S. wine critic Robert Parker Jr., vaulting the property into the stratosphere of California’s exclusive club of cult cabernets, next to such rarefied company as Screaming Eagle, Harlan Estate, Colgin Cellars and Dalla Valle. Today, in addition to the flagship cabernet sauvignon, the winery also produces a Bordeaux-style blend called Bettina, at $909.95 a bottle, and an “entry-level” red called DB4, at $271.95.

On the occasion of Bryant Estate’s 25th-anniversary vintage and its debut launch in Ontario, I sat down with Bettina Bryant to discuss the intersection between fine wine and high art.

There are not many world-class former ballet dancers at the helm of famous wineries. Tell me about how you got there.

I’m from Nashville and started off training in classical dance. I moved to New York in 1984 and danced with American Ballet Theatre, so I was hired by [then artistic director Mikhail] Baryshnikov, and a bit later with the Metropolitan Opera. Before that, when we had travelled as a family, we would always be going to museums, and I carried that forward when I was dancing professionally. I left dance in 1991. I entered university and I thought, I’m going to be practical in my life and study law. In my second semester, I took the requisite art-history course and realized at that moment that my life would forever be kind of embedded in art on some level.

How did you meet Donald Bryant?

We met during the Venice Biennale, at the Cipriani Hotel, at the swimming pool. We were both there for the art fair and we came to a dinner party that a friend of mine was hosting and I would say it was a good 10 years after that that our worlds kept on overlapping. We kept running into each other. But it was sort of a decent stretch before we ever had our first meal together, which was at Blue Hill in New York in 2007.

Is that what drew you to wine?

I grew up with a lot of respect for it. My parents are from Switzerland, from a pretty well-regarded pinot noir-producing area. As a child, we would go back to visit relatives and we would be on the train and I would look out the window and see the magic of the vines clinging to the mountains. I think I held onto that and I think it’s in some ways not a surprise that I was attracted to Napa. When Don brought me here, I felt like I had come home.

A lot of art is considered legendary because it broke with the past – the loose brush strokes of Impressionism in contrast to the more direct representations of classical painting, for example. Is there an analogy with great wine?

I think people are constantly experimenting. We have the orange wine or the natural wine phenomenon going on right now. People try things, they push envelopes and then they revert back. I think our ethos is a bit more restrained. But it’s not to say that there aren’t other great wines out there that are exciting and racy. Some people are just more daring. Look at Manfred Krankl of Sine Qua Non. He has an incredible following. And I am very intrigued by the wines that they are making, and just the vast number of them and the fact that he’s an artist and he designs his labels. But I think we’re more in the classical idiom.

Is there an artwork that would closely align with the sensory aesthetic of a Bryant wine?

In scanning our personal collection, I would say a Gerhard Richter painting that is very virtuosic in execution. The artist’s hand is very prevalent. It’s one of his largest figurative works to date. It was owned by the Pritzker family of the Hyatt hotel chain at one point and used to be in the Hyatt Hotel in Chicago. He’s evoking those great traditions in art-making, but with a more contemporary subject matter. In this case it’s of the cathedral in Milan, Italy, and it’s sort of juxtaposed to the shopping arcade in Milan. It’s a very thought-provoking image. I think what we think about a lot is referencing the Old World traditions but in a New World way.

Your wines must have a lot of celebrity followers.

We’ve had some pretty remarkable people coming through. I probably don’t want to share too much. Itzhak Perlman [the American-Israeli violinist] is a great friend and we just did a charity event. I support the music school that he and his wife, Toby, run on Shelter Island in New York. They met as children in Israel at one of these music camps and they wanted to replicate that experience and it’s such a feel-good organization. I love every year in February going to New York and participating in that event. We’ve also had football players from the Cincinnati Bengals and David and Victoria Beckham come through.

It took a long time for Bordeaux’s top estates to earn their hallowed reputations. Success came quickly for Bryant Family. Was that surprising?

I think it was of a particular moment in time. You look back to the early nineties, when there were maybe 50 to 60 wineries in Napa Valley. And fast-forward to 2019 where it’s 500 to 600 wineries, and then probably double that in terms of labels. I think it was an auspicious moment. I think with the arrival of wineries like Dalla Valle and Harlan, there was a magical moment. As they say, timing has a lot to do with it. And people weren’t really recognizing the opportunity of hillside production. They were mostly on the valley floor. So, I think that took a bit of moxie on the part of Don to take that leap of faith.

What’s your take on the expression “cult wine?” Is it pejorative? Outdated?

I would much prefer the term “California first growth.” I think “cult” is a little bit of an uncomfortable term. And I think it was specific to the moment, suggesting a kind of flash in the pan. We’re really committed to longevity and we want ageability of the wines.

How did DB4 come about? Is it named after the famous Aston Martin car?

No, it actually is not. It has a couple of internal references. The primary one is Don Bryant and that the core of the vineyard, the heart of the estate vineyard, are the four blocks. There are multiple reference points, but it ultimately points to him. Creating the wine was a really emotional moment for him. It was 2008 and the markets were shifting and Don turned to me and said, “I’m so sad, a lot of people are really going to be struggling and I still want them to experience our wine and I would like to put out a more accessibly priced wine.” And the DB4 wines receive the same care and attention as the two primary wines, but they’re crafted to be a bit more accessible earlier on. Don just said, “I always want to have an affordable wine in our portfolio.”

Relatively affordable, of course. It costs $271.95 a bottle.

Relatively, yes. I acknowledge that.

I’ve had more than one winemaker confide to me that the more they charge for a rare bottle, the more that people will want it. Is that true for you?

That’s not how we operate. There are the obvious economic realities of what goes into producing our wine, the cost of the grapes that we acquire to produce the Bettina. I don’t think you want to ever push increases too aggressively. And scarcity also is a factor in what the market will bear. But arbitrarily charging more is just not how we approach it.

Why expand into Canada? I suspect you could easily sell everything you make, a mere 2,500 cases total, through your direct-mailing list.

We want to have a global footprint, and I think Toronto certainly is a very international city, which is exciting. Historically we were in very few international markets. But this year alone we’ve expanded our footprint in Mexico, the U.K., the Netherlands, Switzerland, Austria, Japan and potentially Thailand. I think that’s really exciting, to be part of the bigger dialogue of wine.

How long does an opened bottle of port last?
Subscriber content
May 10, 2019 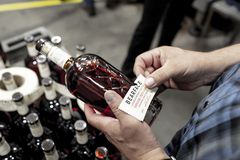 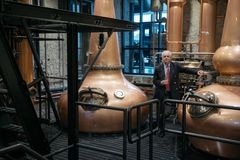