Midafternoon Tuesday, Dillon’s Small Batch Distillers in Beamsville, Ont., posted a photo of disinfectant (65-per-cent alcohol by volume) on its Instagram account and invited anyone working in essential services to get in touch if they needed any. Two hours later, Geoff Dillon said, there had been a flurry of interest and almost all of the one thousand 750-millilitre bottles were spoken for. Production of another thousand had already been planned for the next day.

“It’s been weird,” Dillon said. “There’s a lot of people, a lot of groups that you think would have stuff but don’t, so it’s been kind of eye-opening. The police, the hospitals, the old folks’ homes, community living – it’s a lot.”

The sobering reality is that, almost since the beginning of the COVID-19 outbreak, disinfectants have been in heavy demand and short supply. Resourceful craft distillers, however, are well-positioned to swiftly pivot and whip up batches in compliance with World Health Organization guidelines. The WHO stipulates that hand sanitizer alcohol-by-volume must meet or exceed 60 per cent to be effective against the coronavirus, and alcohol is something distillers currently have in good supply.

Many distillery bottle shops remain open for pickup, but tasting room gatherings and tours, as well as festivals such as BC Distilled, have been cancelled out of an abundance of caution.

Dillon, who is married to a doctor, is offering the disinfectant for free to organizations in need, and his company is throwing in a small bottle of alcohol-and-aloe hand sanitizer with every online and bottle-shop order as well. By midweek, Dillon plans to have about 3,000 bottles of hand sanitizer ready. “And we’re gonna keep giving it away. I don’t feel right about charging for it – I don’t see it as a business, really,” he said. “And I love the idea that alcohol is what is helping people when this happens.”

Similar production shifts in response to the coronavirus are already happening elsewhere. Luxury goods conglomerate LVMH, for example, recently announced it would temporarily convert its factories from the production of perfume (another type of non-potable alcohol) by brands such as Givenchy and Guerlain to make hand sanitizer for French health authorities battling the pandemic. In the short term, many British and European craft distilleries are also transitioning some of their capacity, as are many across the United States (where state regulatory bodies allow).

Elsewhere in Canada, Spirit of York Distillery founder Gerry Guitor announced Tuesday that the company’s Toronto production facility would be rededicated to producing alcohol-based hand sanitizer. Beginning Thursday, it will be available for sale at its Distillery District location, with all proceeds going to local food banks.

In Antigonish, N.S., Steinhart Distillery is using glass mickeys to bottle its hand sanitizer – a combination of alcohol, emollients such as coconut or olive oil and fragrant essential oils (70-per-cent alc/vol, $15 for 200 mL) – because plastic spray bottles are scarce these days.

And handsome apothecary bottles of Oh My liquid hand sanitizer can be found among the premium spirit offerings of Lunenburg, N.S., micro-distillery Ironworks (65-per-cent ethyl alcohol with water, $5 for 60 mL). Ironworks co-founder Lynne MacKay explained that sourcing personal-size bottles proved impossible, which is how the company’s initial batch ended up in apothecary bottles usually reserved for its bitters, production of which has been put on hold.

“We’ve been experimenting with it for a little while,” MacKay said, “and we actually use this product to disinfect things at the distillery, as a cleaner to wipe things down. So we just decided, to heck with it, let’s get this stuff out there.”

She added: “It’s denatured, and we label the living daylights out of it. It’s not potable; it’s poisonous; it’s flammable.”

Because the tasting room is now closed to the public, she also reasons that it’s a way to keep in contact with the community.

About 300 bottles will be available online and at local farmers’ markets this week, with profits going to the local Fisherman’s Memorial Hospital Auxiliary.

MacKay wants to assure customers, though, that the run of hand sanitizer is in no way encroaching on regular production of their popular blueberry liqueur or Bluenose dark rum.

“I’m gonna believe that people still want to drink during this [pandemic] event.” 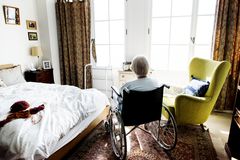 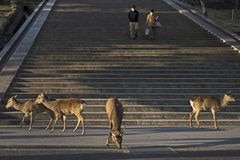 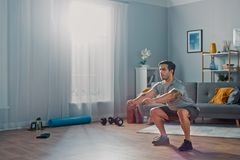 Coronavirus information
The Zero Canada Project provides resources to help you manage your health, your finances and your family life as Canada reopens.
Visit the hub
Follow Nathalie Atkinson on Twitter @NathAt
Report an error Editorial code of conduct
Due to technical reasons, we have temporarily removed commenting from our articles. We hope to have this fixed soon. Thank you for your patience. If you are looking to give feedback on our new site, please send it along to feedback@globeandmail.com. If you want to write a letter to the editor, please forward to letters@globeandmail.com.
Comments