Wines from Errazuriz have been a staple in Canadian markets since their introduction in the mid-1980s, shortly after Eduardo Chadwick and his father revived the winery in Chile’s Aconcagua Valley.

“Drop by drop,” Chadwick said, recalling those early days of selling his wines. “It was the beginning of creating an image for Chilean wine.”

Today, his family controls about 500 hectares of vineyards, stretching from the Pacific coast to the foothills of the Andes mountains in Aconcagua. Chadwick’s business isn’t the only thing that’s grown. The reputation of Chilean wine has also changed. The country is no longer strictly known for its well-made, good-value wines.

The savvy vintner helped establish demand for Chile’s fine wines after staging an ambitious series of comparative blind tastings of his top wines against world-famous selections from Bordeaux and Italy. His cabernet-based wines, produced at Errazuriz, as well as family brands, Vinedo Chadwick and Sena, which was originally a partnership with the late Robert Mondavi, showed they could compete against the likes of Château Lafite and Solaia.

After playing host to 21 tastings in 18 countries over the course of 10 years, Chadwick finished with a solid track record. Ninety per cent of the time, one of his wines ranked in the top three.

Chadwick was feeling nostalgic as he spoke to members of the Canadian wine media Tuesday during an online tasting to commemorate the 150th anniversary of Vina Errazuriz, which was founded in 1870. The winery’s flagship cabernet blend is named after winery founder Don Maximiano Errazuriz, who established vineyards in the Aconcagua region while most of the others were focused on Chile’s Maipo region because of its close proximity to Santiago.

The new release of Don Maximiano Founder’s Reserve 2017 is incredibly desirable; it’s a rewarding and age-worthy red wine with tremendous style and finesse. But this virtual tasting also proved to be a strong showing of the high quality of Chile’s 2018 vintage and the considerable character of Errazuriz’s affordable reds. Don Maximiano Founder’s Reserve 2017 is available in Quebec for $91.75, while the Max Reserva Cabernet Sauvignon 2018 sells for around $20 across Canada. It’s clear that as much as Chadwick and other vintners have raised the profile of Chilean fine wines, there are still good value selections available at a variety of price points.

Max Reserva is one of this week’s featured recommendations. It’s one of a selection of really crowd-pleasing (and mostly reasonably priced) wines to enjoy now or if you’re looking to get a jump on shopping for the coming holiday season.

This dry, silky textured and structured cabernet offers classic red fruit, clove and chocolate notes with some minty accents that contribute to this appealing red’s fragrant character. This has long been one of Chile’s classic labels, and its style continues to evolve with the times. There’s lower alcohol and less obvious oak these days, which makes for a wine with more elegant character that’s ready to drink now or cellar. Drink now to 2025. Available in Ontario at the above price, $19.99 in British Columbia and Manitoba, various prices in Alberta, $22.99 in Saskatchewan, $18.95 in Quebec, $21.99 in New Brunswick, Nova Scotia and Prince Edward Island, $22.49 in Newfoundland.

This ripe and smooth chardonnay comes from Santa Barbara County in southern California. It’s made in a full-bodied yet dry style, with abundant melon, tropical fruit and spice notes. The creamy texture is nicely balanced by some bright acidity that makes this easy to enjoy on its own or with a meal. Available in Ontario at the above price, various prices in Alberta, $26.20 in Quebec.

This fresh and fruity white comes in a convenient single-serve can, which is great for picnics and poolside quaffing. It’s also extremely useful to have on hand for any time you just want a simple and enjoyable glass of wine. The mix of pear, green apple and zesty citrus makes for a light yet flavourful version of pinot grigio. Drink now. Available in Ontario at the above price, $2.49 in British Columbia, $4.79 in Alberta, $4.99 in Saskatchewan, $4.40 in Manitoba, $5.95 in Quebec, $4.95 in New Brunswick, $3.99 in Nova Scotia, $5.49 in Prince Edward Island and $5.95 in Newfoundland.

This is a rich and enjoyable style of chardonnay from Burgundy. Fermentation and aging in stainless steel helps to maintain freshness in a dry wine with a creamy and honey-accented character. Green apple and lemon aromas and flavours add to the appeal. Drink now to 2023. Available in Ontario at the above price, $25.99 in British Columbia, various prices in Alberta, $25.49 in Saskatchewan, $23.99 in Manitoba, $19.40 in Quebec, $29.99 in New Brunswick, $28.98 in Nova Scotia.

Here’s a vibrant and fresh small-lot chardonnay from Mirabel Vineyards, a family-owned boutique winery based in Kelowna in B.C.'s Okanagan Valley. Elegantly structured with a refreshing finish, this offers appealingly zesty lemon, green pineapple and wet stone notes. Still tightly wound, this could benefit from some additional bottle age to gain more richness and depth of flavour. Drink now to 2028. Available direct through mirabelvineyards.com.

This sweet, smooth and spicy Californian red wine is an intensely flavourful blend of zinfandel, cabernet sauvignon, petite sirah, syrah and charbono. This attention-getting wine and label, inspired by Spanish artist Francisco de Goya, was created by winemaker Dave Phinney, who sold the company to Constellation Brands in 2009. Since then, the project has established a home base and tasting room on Highway 29 in Napa to capitalize on its overwhelming popularity. This is a ripe and luscious red wine with concentrated fig, blackberry jam and raisin flavours that really stand out. It’s a little too ripe and luscious to my taste, but some readers are sure to love its forcefulness. Drink now to 2022. Available in Ontario at the above price ($49.95 until Nov. 29), $60.99 in British Columbia, $67.45 in Alberta, $52.25 in Quebec, $54.99 in New Brunswick, $49.98 in Nova Scotia.

Zonte’s Footstep is a creative Australian winery with a strong Canadian connection through winemaker and partner Brad Rey, a Calgary native who decided to pursue winemaking full-time in 1991. The artistic labels all feature names such as Hills Are Alive, Blackberry Patch or Chocolate Factory, the latter being the name of this layered and smooth shiraz from McLaren Vale in South Australia. Rey is fond of describing it as tasting like black forest cake. There’s distinctive chocolate and black cherry notes here, with some savoury spice and some polished tannins that add complexity and keep things from getting too confected. Available in Ontario at the above price, various prices in Alberta.

What’s the difference between a horizontal and a vertical wine tasting?
November 17, 2020 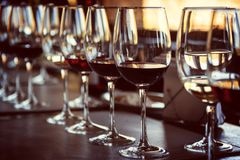 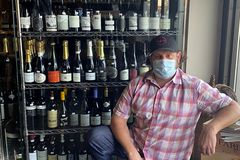 Why do wineries bury their vines for winter?
November 10, 2020 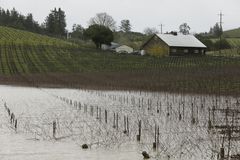