Geoff Dillon opened his eponymous small-batch distillery in Ontario’s Niagara region, nearly seven years ago. Craft brewing had exploded by then, but craft spirits were still something of a novelty. Not any more. His new book, Craft Cocktails: Seasonally Inspired Drinks & Snacks From Our Sipping Room – co-authored with his company’s hospitality manager, Whitney Rorison – is proof of cocktail culture’s ascendancy. All the main factors that have been fuelling the rise of cocktails can be found in the book: the interest in classics, as well as experimentation, the desire for small batch spirits, along with the interest in local ingredients. The Globe and Mail spoke to Dillon about how cocktail culture became so popular, how it parallels the interest in food and where cocktail culture might go next.

What was the craft spirits scene like when you first started your company?

When we started I almost didn’t think about bartenders or mixologists, never thinking that all the cool cocktail places in Toronto would care because craft spirits weren’t really a thing in Ontario. And then before we even opened there were e-mails coming in every day from all these amazing restaurants saying, “Hey, can you come and show us what you have?” It was crazy.

Why did you want to do a book on craft cocktails now?

How many people do you think are looking for a cocktail recipe book like this?

In our store here, in our sipping room, that’s the biggest question – every single person who comes in wants to know, “How should I serve this? Do you have recipes? What should I do with this gin? With this whiskey?” So here, finally, are hundreds of recipes.

I keep hearing that we’re in a cocktail renaissance. How did that happen?

It feels like the same thing has happened to food, where people care more about where food comes from and what they’re putting into their bodies. I think cocktails are the same thing to some extent, where, not necessarily the cocktail itself, but people care about what the cocktail is made out of. Is it full of sugar? Where did the gin come from? I think that’s helping drive it.

And so many people love anything that is small batch. Why do you think that is when it comes to spirits?

I think people want to walk in to a party and put something down on a table that no one has seen before. They want to show how into the scene they are and show off something unique. Everybody wants a story.

Why does everybody want a story?

It’s the most important thing in the world. That’s all we have is a story. People want to care more about what you’re doing and it’s our job to tell them why they should care. If someone came down to the distillery and I toured them around and we went to the whiskey barrel room and I told them the whole Canadian whiskey story and how we do it and they left and went to the LCBO and bought someone else’s Canadian whiskey I would be completely offended and shocked. You’re sharing a passion with them and people leave with a whole different outlook on spirits in general. And they’re not going to forget you.

Where do you see cocktail culture going?

Just like we’ve seen in food, cocktails, it’s now becoming the craft side. Cocktails have been more complicated and fun at cocktail spots, and now it seems like the craft stuff is now in play at those restaurants, which it really wasn’t before. It was still taking the big brands and elevating cocktails. Now it’s people asking more and more about where the gin is from and wanting that story. People care about it more.

People want that local, craft vibe, and the story that comes with it.

Exactly. Bartenders, too. Bartenders in the good places are a hard sell. They’ve had stuff they’ve been using their whole career. It’s taken a long time to win them over, to prove that we can make stuff that is just as good. But it feels like we’re there now.

How do I host an easy cocktail party? Subscriber content
October 28, 2019 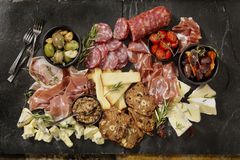 Why the cocktail world is brewing up tea spirits Subscriber content
August 26, 2019 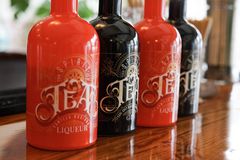 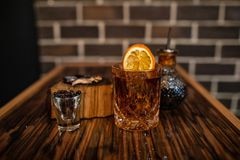