On any given weekend, the collection of ornate, vintage cut glass and crystal punch bowls at Wolf in the Fog in Tofino, B.C. are being put to good use, spread out among its tables and filled with seasonally inspired large-batch cocktails. “They’re kind of contagious,” says bar manager Hailey Pasemko, who has been at the restaurant since it opened four years ago. “People will see a punch bowl go across the room and say, ‘What is that?’ and order one.”

In many ways, punch bowls are the beverage version of sharing menus; communal cocktails that serve two, four or six pair well with Wolf in the Fog’s family-style fare, sparking interaction and conviviality. “People can just dip in and take as much as they want,” says Pasemko, who regularly scours thrift shops across Vancouver Island for Wolf in the Fog’s sets.

Although we may associate fishbowl-sized vessels full of fruity, fizzy concoctions kept cool with floating fruit-studded ice rings with the cocktail parties of the 1950s, punch has been around for centuries. The concept was brought to England from India by members of the British East India Company and they were particularly popular in the late 1700s, when unrefined distillation methods produced harsh spirits that benefited from some masking with juices and spice.

In 1829, George IV ordered up a bathtub-sized silver-gilt wine cistern that Queen Victoria later converted into a punch bowl, commissioning a massive shell-shaped ladle to match. Moulded, gilded and decorated with Bacchanalian figures, lions and unicorns, it weighs 567 pounds and is big enough to accommodate 144 bottles of wine. It is currently on view at the Tower of London.

In a more manageable size, punch is perfect for parties today, especially more casual affairs where the host wants to actually spend some time socializing. “When you’re hosting 10 people, by the time you get around to making the 10th cocktail, the first person is already done,” says Pasemko. “Putting together punch bowls for guests to help themselves is a really low-maintenance way of providing drinks for a crowd.”

The basic building blocks of a punch haven’t changed much over the centuries, and the combination of sour, spicy and sweet gives bartenders plenty of room to play with recipes. The name itself comes from a Sanskrit word meaning five, as punch was originally made with five basic elements: spirits, sugar, water, citrus and spice. Barbadians have a rhyme to remember the formula for their famous rum punch: one of sour, two of sweet, three of strong, four of weak. Water is often replaced with wine or tea – anything that will stretch out harder spirits. Spices can come in the form of bitters or an infusion that adds an extra layer of flavour. Pasemko and her team regularly come up with new combinations, inspired by local ingredients and the seasons.

It’s a simple formula to experiment with at home. Most punch recipes are easily doubled or tripled. Just taste as you go, top with sparkling water, soda or wine before serving, and freeze fruit or use large blocks of ice to prevent diluting the mix. And don’t forget to invite a few friends over. The more, the merrier.

To make a non-alcoholic version of this fun punch, skip the rum and amaretto and make it fizzy with ginger ale. The recipe can be halved if you don’t need quite so much. It comes from mixologist Micah Dew, Beverage Development Manager at Gateway Casinos & Entertainment Ltd.

Place a couple of handfuls of Cap’n Crunch on a parchment-lined baking sheet, mist with amaretto or almond extract and bake for 20 to 30 minutes to dry out. Allow to cool.

Combine all the ingredients except the cereal in a large punch bowl and stir gently. Chill with a large ice block or use frozen orange slices and chunks of pineapple.

After pouring the punch, instruct guests to add a spoonful of the cereal to add flavour and crunch.

To turn this into a greyhound punch, swap vodka for the mezcal or tequila. If you have plenty of fresh sage, it makes a delicious alternative to rosemary. You can freeze slices of grapefruit before adding them to the punch bowl to help keep your punch cold. Add a small sprig of rosemary to each glass so you experience the aroma with each sip.

Make the rosemary sugar a few hours or even a few days ahead of time. Pull the leaves off the rosemary sprigs, discarding the twigs. Blitz the leaves with the sugar in the bowl of a food processor or finely chop and shake together in a zip-lock bag (roll the mixture with a rolling pin to release even more of the flavour and aroma). Shake the sugar through a fine sieve and discard the rosemary bits.

To make the punch, combine the mezcal, grapefruit juice, lime juice and 2 to 4 tbsp of the rosemary sugar in a punch bowl. Add sparkling water just before serving and garnish with pink grapefruit slices and fresh rosemary.

Meyer lemons would work well in this cocktail. Believed to be a cross between lemons and mandarin oranges, they’re more mellow and less harsh than typical lemons. From A Field Guide to Canadian Cocktails, by Scott McCallum and Victoria Walsh, this unique punch uses barley water infused with tea as a base. The starch from the barley adds nutrients and body. Use the cooked grains in a soup or salad.

Pull 18 long, thick strips of peel from the citrus. Add to a large pitcher along with the sugar and muddle. Squeeze and finely strain ½ cup of the juice from the lemons into the citrus-sugar mixture and let stand for 30 to 60 minutes.

Place the barley in a saucepan with 8 cups of water and bring to a boil over high heat. Reduce heat and simmer for 30 minutes. Strain into another pitcher or a bowl, add tea bags and let steep for 6 minutes. Remove the tea bags.

Stir the barley mixture into the citrus-sugar mixture and chill for at least 3 hours. It’s excellent served as is over ice, or mix a 5 oz serving with ½ oz of your favourite spirit.

Hailey Pasemko at Wolf in the Fog shares a recipe from the restaurant’s opening menu, one she says is approachable for the home bartender and calls for familiar ingredients. The five-spice syrup recipe can easily be halved and will keep in the fridge for a month.

Make the syrup by heating the spices over low heat in a medium saucepan. Add the water and sugar and bring to a simmer, stirring to dissolve the sugar. Remove from the heat and let cool, leaving the spices to infuse the syrup. Once cool, pour through a sieve and discard the spices. Store the syrup in the fridge for up to a month.

Combine all the remaining ingredients in a punch bowl and gently stir. Serve over large blocks of ice, garnished with whole pods of star anise and lemon slices.

Make the most of the seven-year itch with these wine picks
Subscriber content
April 18, 2018 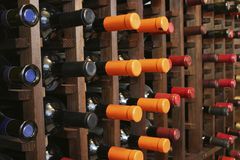 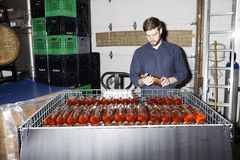 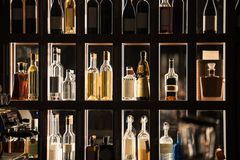